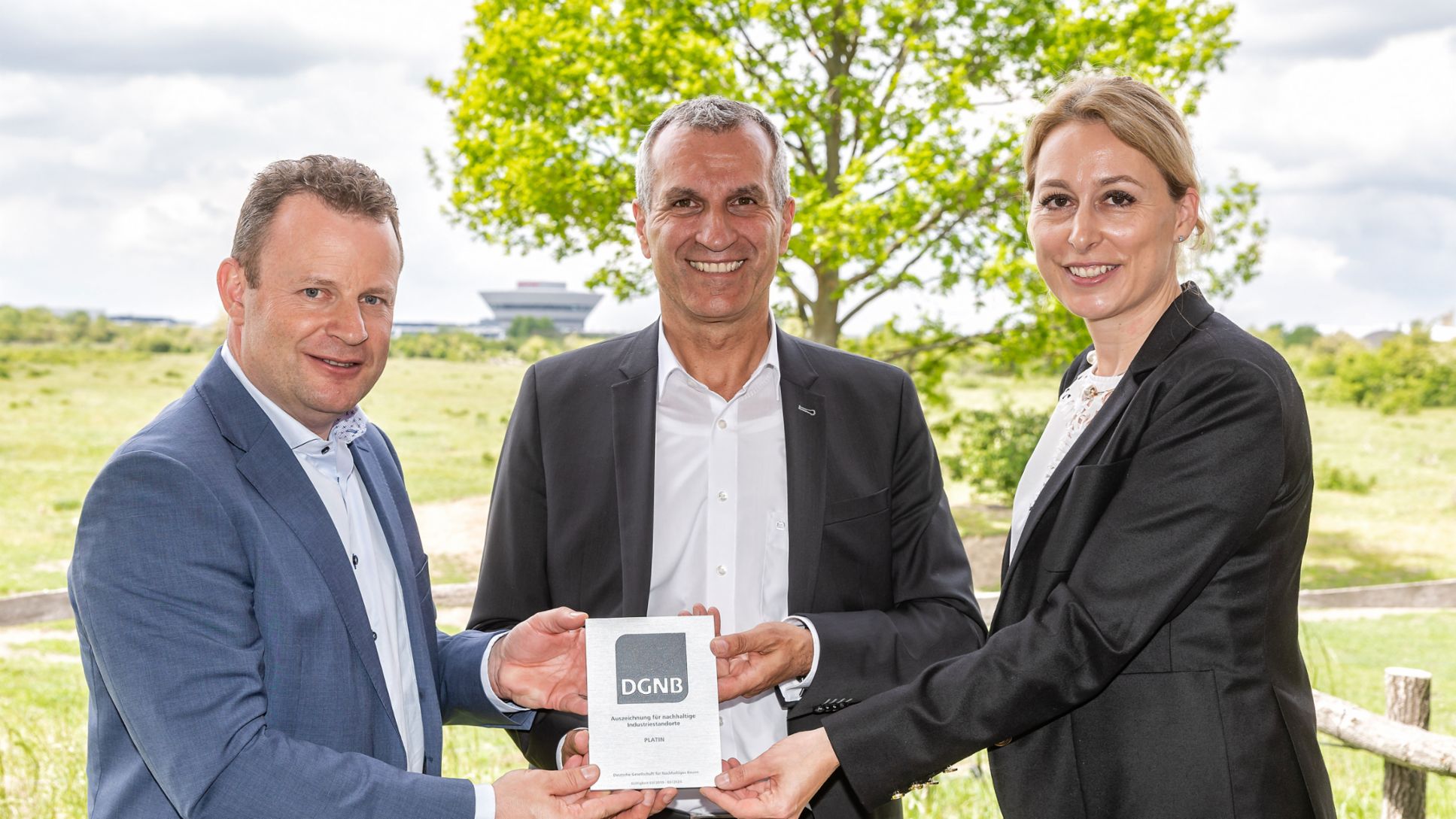 DGNB has certified the plant – which boasts a footprint of around 427 hectares and is currently undergoing expansion within the context of electromobility – as a particularly sustainable industrial site. This already marks Porsche’s second “Platinum” award. In 2017, the sports car manufacturer was the first ever industrial company to be awarded top marks by DGNB for parts of its main plant in Zuffenhausen.

The facility was assessed on the basis of 167 criteria in 28 categories. The elements analysed by DGNB included environmental protection, biodiversity and energy life cycle assessments, how resources are handled, how the site has been set up, its effects on the local, urban environment and infrastructure, ecological support during the construction phase, assessments of the life cycle costs and stability of the facility’s value as well as associated plans and processes. DGNB awarded a particularly high score to the energy management life cycle assessment and the site’s ability to change.

“Receiving the “Platinum” DGNB certificate is the best evidence of how Porsche sets high sustainability targets for construction projects and then consistently and transparently meets them,” Christine Lemaitre explains as the Chief Executive Officer at DGNB. This Tuesday she handed over the award for the Leipzig site to Albrecht Reimold, Member of the Executive Board for Production and Logistics at Porsche AG, and Gerd Rupp, Chairman of the Executive Board at Porsche Leipzig GmbH.

Porsche also has grand sustainability plans for the future: “our vision is the “Zero Impact Factory”, i.e. production facilities that do not leave an ecological footprint,” Albrecht Reimold, Member of the Executive Board for Production and Logistics, adds. Since 2014 Porsche has already cut vehicle-specific CO2 emissions caused by production by more than 75 percent. The sports car manufacturer reduced the energy consumption per produced vehicle in its plants by more than 30 percent and slashed water consumption by almost 20 percent. During the same period, the use of solvents has been cut by a third.

“We stand by the climate protection targets agreed in Paris in December 2015 and have a clear responsibility to cut environmentally harmful emissions. Our aim in terms of sustainability significantly exceeds mere decarbonisation,” Reimold explains, adding “we want to make sustainability at Porsche quantifiable and report it transparently, and awards like this are an important part of that.”

Since its establishment 19 years ago, the Porsche plant in Leipzig has been one of the world’s most cutting-edge, sustainable automotive factories. Production is fully powered by regenerative energy sources. This also includes the energy generated by the photovoltaic systems of individual buildings supplying power to the Macan and Panamera body shops. A biomass plant in the direct vicinity of the factory meets the heat requirement of the state-of-the-art paint shop as part of a process that is 80 percent CO2-neutral. Since 2015, energy efficiency measures have saved a total of 23.3 gigawatt hours of power.

Porsche does not just focus on sustainability in production. As early as 2002, the sports car manufacturer embraced and implemented a unique grazing concept for its 132 hectare off-road site in Leipzig. Since the summer of 2018, children can go on a “Porsche Safari” and discover the plant and animal life on site. The environmental education project forms part of Porsche’s extensive CSR commitments in culture, sports, the environment as well as education and social projects. “Acting sustainably also means taking responsibility – towards our staff, the local population around our sites and society as a whole,” explains Gerd Rupp, Chairman of the Executive Board at Porsche Leipzig GmbH.

To mark Earth Day, the Porsche plant in Leipzig is taking the opportunity to highlight the topic of resource efficiency. 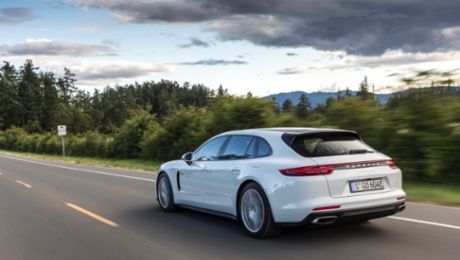 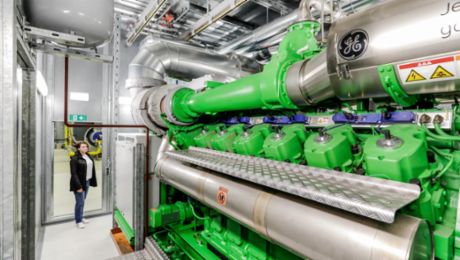 Step towards being CO₂ neutral in Zuffenhausen