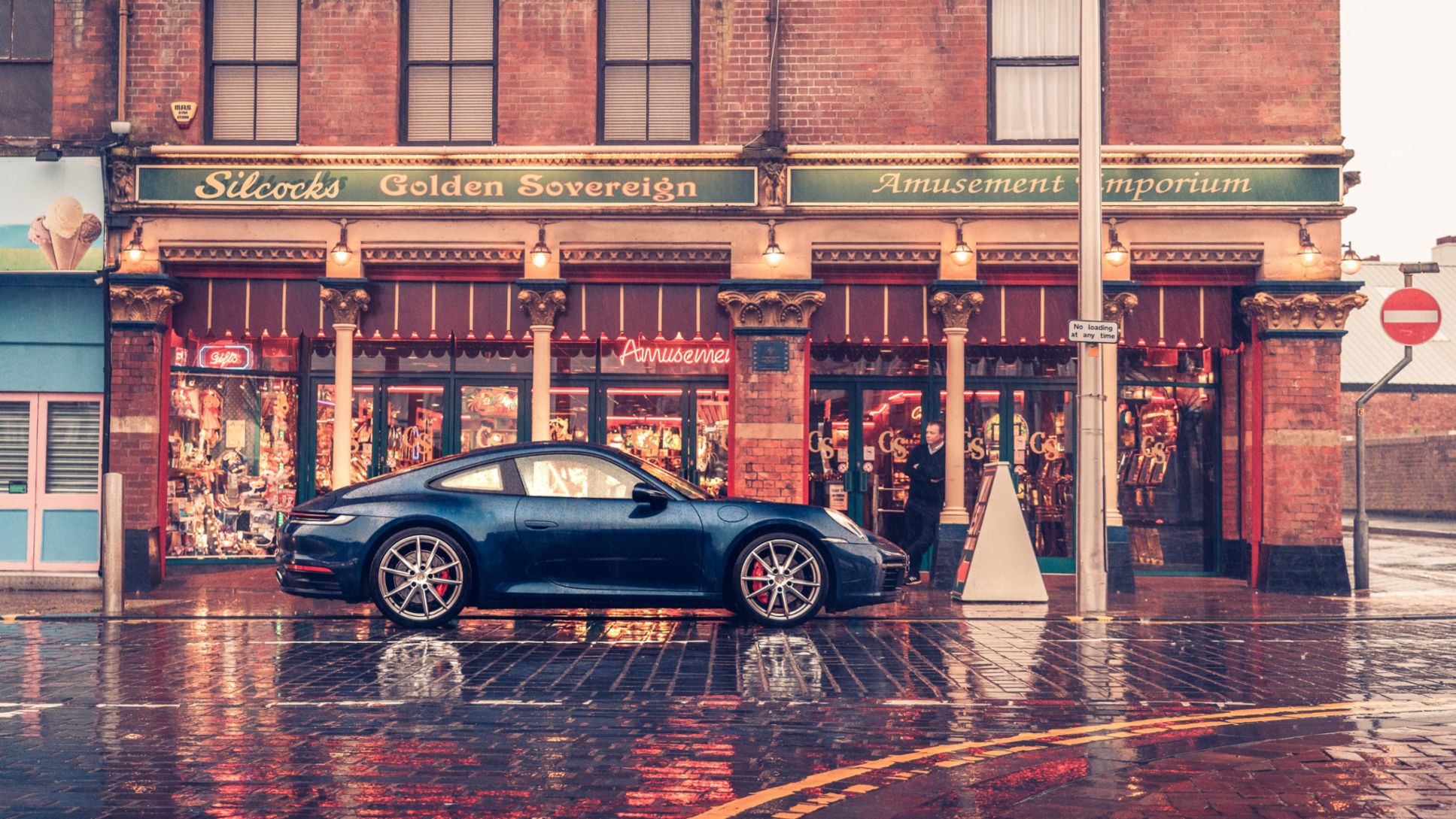 Guest author Ben Samuelson knew something of a family connection to a German New Year’s Eve tradition, but it took his friends at Porsche to make him find out more …

It had been a fantastically long day at Goodwood Festival of Speed, when my German colleagues and I sat down for a well-deserved drink. With the hum of engines still ringing in our ears, we chatted about the peculiarities of English beer not always being as cold as it should be and how nice the UK can be when it’s not actually raining.

Before long, the conversation turned to the differences between German and British humour and I mentioned that I thought a relative of mine might have been behind a sketch that is shown on German TV over the festive period. It was just an aside, as it wasn’t something I’d really thought about much before, but it brought the chatter to a halt.

Suddenly, half the table – the German half – began firing questions. “Do you mean Dinner for One?” asked one. “I love that show!” smiled another. “It’s like a New Year’s Eve institution,” said the colleague to my right. “I watched it every year as a kid and it was quite an occasion the first time I watched with my own daughter.” “What do you mean a relative wrote it?” asked another, astonished. “How can you not know for sure?” came the call from the far end of the table.

While the British contingency looked ever more bemused, our friends from Zuffenhausen started quoting it to each other, recounting their favourite bits and dissolving into fits of laughter. Then came the chiding for my having never watched it, along with very firm instructions that I should learn more, and find out for certain if my relative had written it.

Although the night finished late, I couldn’t get the conversation out of my mind and so I began, as one does, with a spot of light Googling. I soon discovered some pretty extraordinary things about Dinner for One – an 18 minute black and white sketch, performed in English, about the 90th birthday party of the aristocratic Miss Sophie.

For those unfamiliar with the plot, during the course of the evening Miss Sophie’s butler James acts out the roles of long-dead friends, with much of the comedy coming as he gets more and more sozzled, being required to drink toasts while playing each successive guest. What really marks it out is that it has been broadcast on German television on every single New Year’s Eve since 1972, with different channels showing it at different times of the day so that nobody need miss it. It is also on Austrian, Swiss, Danish, Norwegian and Swedish TV. Every year. Indeed, it holds the Guinness World Record as the most repeated television show of all time. Millions upon millions of people watch it and it has so entered the national consciousness that Angela Merkel has quoted from it in a speech. A spoof version was recorded featuring her and President Macron of France, and there is even one in which the whole thing is animated using LEGO figures.

I was pleased to find out that there is a drinking game connected to it too – and yet it is virtually unheard of in the English-speaking world.

This is probably why it takes a bit of homework, and some email exchanges with the family historians among my relatives, to confirm that Dinner for One was indeed written by my great uncle, whose stage name was Lauri Wylie but who was born Maurice Samuelson.

Further research reveals that Lauri was a comedian during the first decades of last century, who also wrote the “books”, as they were called, for music hall sketches and some plays, including one co-written with the utterly wonderful PG Wodehouse.

He also worked on a few of the silent films of GB Samuelson – his brother and my grandfather – who was one of the very first pioneers of the British movie industry. Sadly, Lauri died before Dinner for One became famous, and long before I was born, but it made me think that a road trip was in order, to track a little bit of his, and Dinner for One’s story.

As I am a long-time Porsche enthusiast, and seeing as it was my Porsche colleagues who had started me on this little quest, it seemed appropriate to start at the marque’s central London home, in Mayfair – just around the corner from my great uncle’s Theatreland stomping ground. This is where I met up with renowned automotive photographer Mark Fagleson, who would be my co-pilot on the journey. Our first stop was at the Prince of Wales Theatre, where Dinner for One was first performed in 1934.

As we picked our way through 2019 London’s awful traffic, I could, for the first time, feel the echoes of my great uncle’s footsteps. Lauri had long ago performed on these old stages and, despite the acres of bright advertising hoardings that are there now, would recognise the grand old buildings behind them.

From there, we pointed the nose of the 911 northwards, towards to the county of Lancashire, where Lauri was born and where, entirely coincidentally, I live today.

Lauri died childless and in poverty in 1951 and indeed was not born into great wealth, having grown up above his parents’ tobacconist in the seaside town of Southport. There is a plaque there on the wall of what is today an amusement arcade, commemorating where my grandfather was born, so that felt like where we should be headed. But first, a brief stop at home in the Forest of Bowland, allows a bit more delving into the family archives, and for me to discover a bit of a twist in the tail of this tale.

My friends from Porsche and I had come into this by discussing why this most English of comedies works so well in Germany. There are a lot of articles online which debate why this might have been so – but it turns out that Lauri had German roots. Reading up on my family tree, his father (my great grandfather) was born in what was then Prussia, only emigrating in the 1840s and ending up, via a brief stay in Dublin, in 41 Nevill Street, Southport, the final destination of Fagelson’s and my little Porsche road trip.

I still haven’t seen Dinner for One, as I shall be watching it for the first time on New Year’s Eve, starting a new Anglo-German tradition with my wife and children. We will raise a glass to my great uncle, and to the fine folk from Zuffenhausen who’ve introduced us to the joys of this curious black and white sketch . As the butler said, “Cheerio, Miss Sophie …” 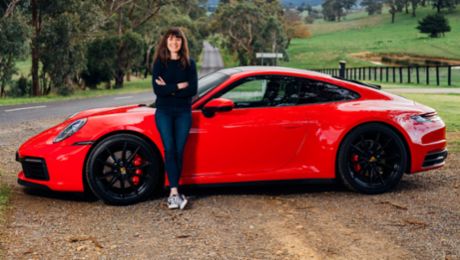 Timeless perfection with a 911 Carrera S

Coming from an engineering background, Kate Reid strives for perfection every day.