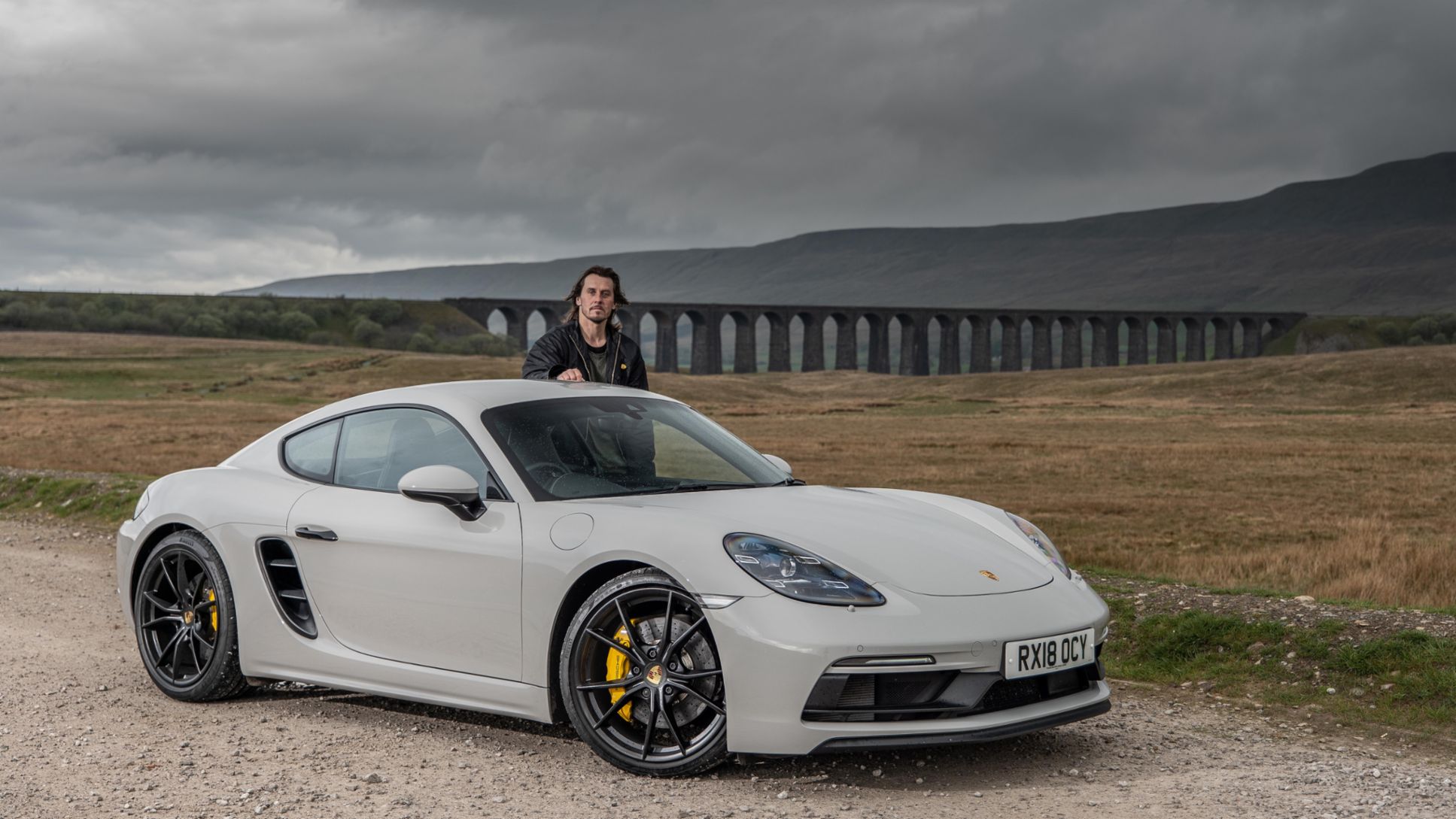 The rhythm of the road

Swollen black clouds hang heavily above a 718 Cayman GTS as it waits impatiently by a smooth stretch of tarmac. As beads of water dance their way down the glossy Crayon paintwork, sheep hunker down behind moss-covered walls in a scene that could have been ripped straight from the video for the hit Travis song: Why Does it Always Rain on Me?

It’s a question the band’s drummer Neil Primrose must ask himself a lot, since he gave up the bright lights of the city and moved to the weather-beaten Yorkshire Dales, in the north of England.

Although spring is in full swing, a biting wind whips through Primrose’s long damp hair but he’s more interested in the Cayman than the imminent downpour.

His fingers twitch as he opens the driver’s door and looks inside. Those same hands made Primrose famous in the late 90s, when Travis burst onto the music scene and began racking up hits on both sides of the Atlantic. At their peak, their multi-million-selling album The Man Who spent 11 weeks at No.1 in the UK album charts, earning them a fanbase across the globe and winning the foursome a string of awards, headline slots at Glastonbury and a US tour alongside Oasis.

“There’s always a beginning and end to any journey, and you can template music onto that.” Neil Primrose

Twenty years on, the band members remain together, still recording music, still touring. “We’ve been together since we were 18 and it’s amazing when we get back with each other – we’re all just like big kids again,” grins Primrose.

While music remains his first love, cars come a close second. More specifically, Porsche cars. As he climbs into the Cayman GTS, he plugs in his phone.

His fingers go to select an album: Roxy Music’s Siren. As the music starts, he turns the key and the flat-four engine starts to sing, Primrose’s fingers tapping on the steering wheel to the beat.

He begins to time the turn-ins and gearchanges with the music — the road, car and driver developing their own harmony. “Most songs have an intro, verse and chorus, and I find it’s the same whether you’re racing a lap of a circuit or enjoying a great drive. There’s always a beginning and end to any journey, and you can template music onto that. Driving and music are stablemates and what you choose to listen to can depend entirely on mood. Right now? Roxy Music. Yet on another day it might be something classical. Or Nefertiti by Miles Davis. That’s the beauty: the route, the car, the music — they can all be changed depending how you feel.”

With the back catalogue of Porsche that Primrose has owned, he really has been able to change his car to suit his mood. His love affair with the marque started with a 993 C4S and he’s owned a number of iconic models since. The 964 RS? He’s had two. 964 RS Clubsport? Three — including one that now sits in someone’s living room as a piece of art (“after a while, you realise there are certain cars you should have kept”). Others range from a Cayman R to a 1972 911 T, with countless in between. The list features a sprinkling of racing cars too, like a 993 RSR or a 964 RSR IMSA race winner.

“It’s the sheer variety of cars that Porsche produced that makes the marque so special to me.” Neil Primrose

One of his greatest motoring moments was racing a 935 at Classic Le Mans in 2014. “That was an eye opener, alright,” he says, with a Scottish lilt. “I turned the boost up so I was doing 324 km/h on the Mulsanne Straight. “It’s the sheer variety of cars that Porsche produced that makes the marque so special to me,” he continues. “Dakar cars, the 917, the 911 road cars. There have been so many golden eras for me, with drivers in any model on any day of the week. The quality and engineering of Porsche is something I admire.”

He doesn’t seem disappointed with today’s steed, either: “I love the damping and the way it flows across the road,” says Primrose as the Cayman automatically blips the throttle as he changes down a gear. In sync with the car and road, it is clear to see that Primrose is content in this moment.

“If you think about it, the car is the last element of the modern world where busy people can get away from everything. Be it from work or family, sometimes you need a little refuge and inside a Porsche, with my music playing to the rhythm of the road, I find that little bit of solitude that keeps me sane.” 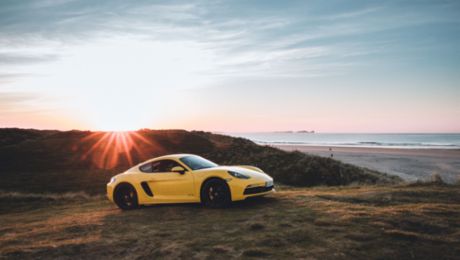 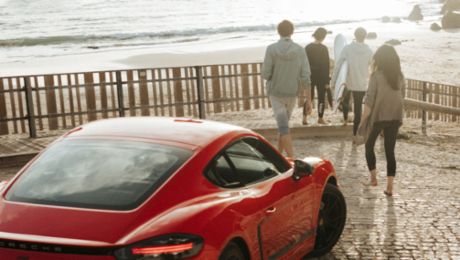