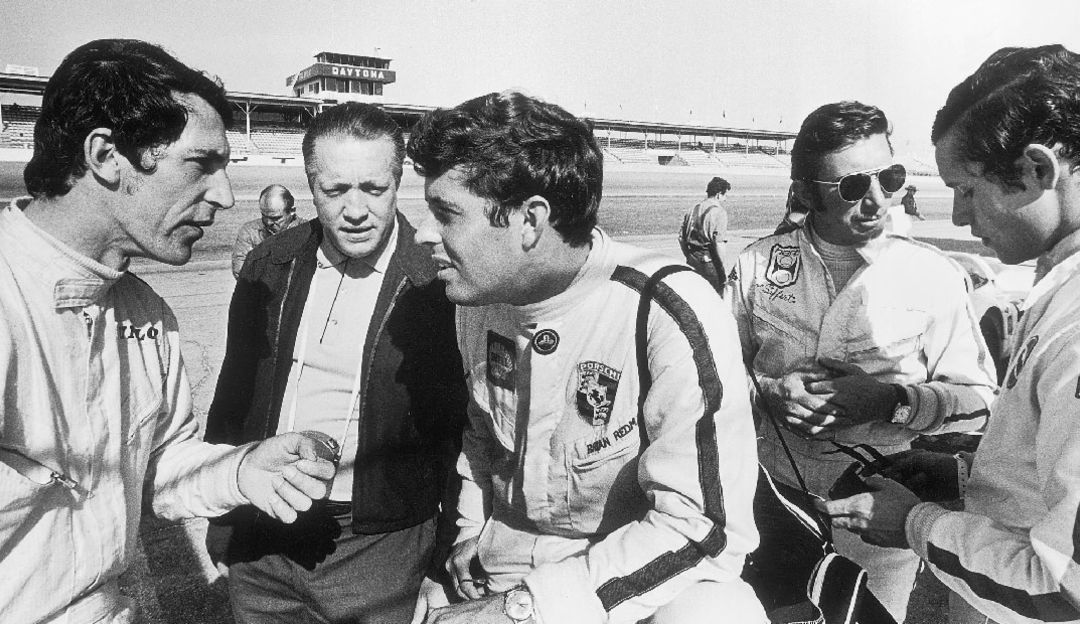 Porsche attracts the best racing drivers in the world, and they have provided plenty of highlights over the last seven decades. Here is just a small selection of great men and moments.

Vic Elford / 1935: The Briton won the GT European Rally Championship in 1967 in a 911 and put on a real firework display in the first weeks of 1968. He drove the 911 T to Porsche’s first victory at the Monte Carlo Rally in January. A few days later, Elford and his co-drivers won the 24 Hours of Daytona in the 907 Longtail. He also triumphed at the Targa Florio in a 907/8 in early May. Elford, 32, remained at the wheel for seven of the ten 71-kilometre laps. In 1969 he dominated Le Mans with Richard Attwood in a 917 until the car sustained gearbox damage. He made up for it with victory in a 917 at Sebring in 1971.

Jo Siffert / 1936–1971: “We largely owe the 1969 World Sportscar Championship to Jo Siffert. He was clearly the fastest man in our team”, recalls former senior race engineer Peter Falk of the Swiss driver in 2018. Porsche won seven of ten races. Siffert claimed five of these victories along with Briton Brian Redman and one with Kurt Ahrens. That was the first success for the infamously undriveable 917. Siffert took pole position at Le Mans for Porsche in 1968 and later engaged in a magnificent battle with Pedro Rodríguez.

Hans Herrmann / 1928: He ought to have been referred to as the “Racing Confectioner” on account of his profession.  Instead he was dubbed “Lucky Hans” because Herrmann survived some terrible accidents during his career between 1953 and 1970. He would be known as the “Horsepower Whisperer” today because of his legendary feel for a car. Herrmann made history by taking third place in a 550 Spyder against larger-engined competitors at the Carrera Panamericana in 1954, securing first place for Porsche at Le Mans in 1958 (with Jean Behra), the first Porsche victory at Sebring in 1960 (with Olivier Gendebien), and the first triumph at Le Mans in 1970 (with Richard Attwood).

Herbert Linge / 1928: Dyed-in-the-wool Porsche. Linge, who was born in Weissach, started working as a mechanic at Porsche in 1943 before being promoted to workshop manager. He managed the company’s customer service in the USA, found the site in Weissach where the Denkfabrik now stands, and also invented the Porsche Carrera Cup. He competed in his first race for Porsche on 23 November 1952, driving a 356 Super in the Carrera Panamericana. During his career, Linge amassed more than 80 class wins and four world titles in all the racing machinery Porsche brought to the grid. Final mission: McQueen’s 908/02 camera car 1970 in Le Mans.

Steve McQueen / 1930–1980: McQueen loved motorcycles and competed in motor races from the early 1960s onwards. He also delivered one of the greatest car chases in history in the Hollywood movie “Bullitt”. He also had a vision – a full-length blockbuster with Le Mans as the main star. McQueen himself played the Porsche racing driver Michael Delaney and drove a magnificent 917 hatchback in a Gulf livery in the film. So although Steve McQueen actually drove a very short distance at race pace, he was one of the most famous Porsche stars in history, on a par with James Dean and Patrick Dempsey.

Hans-Joachim Stuck / 1951: Stuck competed for the Porsche works team in the World Endurance Championship for the first time in 1985, winning the title with his teammate Derek Bell. The Bavarian and the Porsche 962 appeared to be made for one another. Two victories and five other podium finishes with Porsche at Le Mans, two victories at Sebring and overall victory in a German sprint racing series speak for themselves. The Bavarian competed in his last race for Porsche in 1997. His sensational drives in the rain and at night, his feel for the car and his yodelling in the pit lane have since become part of motorsport folklore.

Jacky Ickx / 1945: When the Belgian arrived at Porsche in 1976, he already had two Le Mans victories to his name and had twice become vice-champion in the Formula 1 World Championship. After finally making the switch from single-seaters to Porsche prototypes, Ickx took to endurance racing like a duck to water, winning Le Mans four times and piloting a 956 to world championship titles in 1982 and 1983. The man with a bear-like constitution and an indomitable spirit initiated Porsche’s involvement in the Paris-to-Dakar Rally, which he won in 1983 in a Mercedes, before finishing sixth in a four-wheel-drive 911 in 1984, and claiming second two years later in a 959.

Derek Bell / 1941: Bell started out as a racing driver in 1964, earning a Ferrari Formula 1 seat in 1968 before turning his attention to sports cars in his late 20s. He won his first race in Buenos Aires in 1971 with Jo Siffert in a 917 with a Gulf livery. In the same year he reached a speed of 396 km/h in a 917 Longtail at Le Mans – faster than any Porsche had ever driven there. A decade later the Briton, now in his late 30s, brought his vast experience to the Porsche factory team and went on to become a legend, garnering four Le Mans wins and two world championship titles. Bell was considered an absolute safe bet when it comes to getting a Porsche over the line in an endurance race.

Hurley Haywood / 1948: Hurley started racing in earnest aged 20. At the age of 60, he took his final podium finish at the 24 Hours of Daytona in 2009: Third place, powered by a four-litre Porsche engine. In the four decades in between, Haywood became America’s most successful endurance racer. Key facts in brief – five overall victories at Daytona, the first a sensational win against more favoured prototypes in a 911 Carrera RSR 2.8. Three wins at Le Mans, two at the 12 Hours of Sebring. Haywood took all his wins in a Porsche bearing the race number 59.

Marc Lieb / 1980: World Endurance Champion and Le Mans winner 2016. Lieb was one of the drivers who was part of the LMP team inaugurated in 2014, so had to endure the sometimes turbulent start-up phase. For over a decade – since 2003 – Lieb has been part of the squad of factory drivers and has won numerous GT championships and classic races in 911s. Lieb is a racing driver and engineer who was involved in the development of the 918 Spyder and piloted the car around the Nordschleife in 6 mins 57secs in 2013. Engineer and gifted driver: continuing a long-established Porsche tradition.

Timo Bernhard / 1981: Like Marc Lieb, Timo Bernhard helped to develop the LMP team. His name can be found amongst the winners of all the major endurance races: Daytona, Sebring, Nürburgring and Le Mans, which he won for the first time in 2010. Bernhard, who hails from Saarpfalz, repeated this success in 2017 and won the World Endurance Championship for the second time. Like Marc Lieb, Bernhard started his long career as a development driver in the Porsche Junior Team, where he first drove a 911 in 1999. After Porsche ended its involvement in LMP, Bernhard returned to sprint racing in 2018.