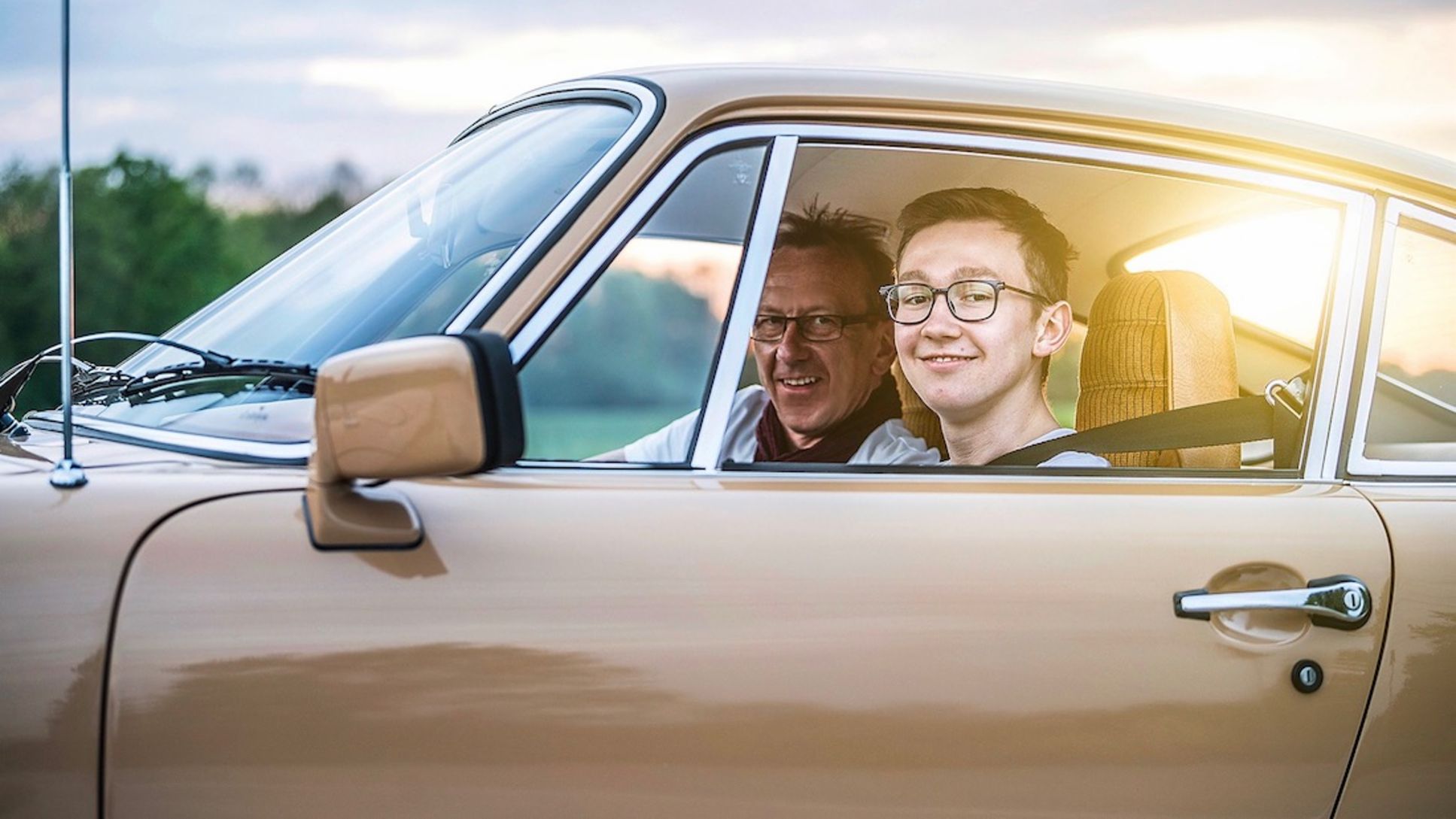 The freshly restored Beetle went to big brother, while the Porsche went to the baby of the family. When Bernd Lehner makes presents for his boys’ 18th birthdays, he certainly does it in style!

“One look was enough, just one look”, Bernd Lehner remembers the moment he first encountered the 1979 Porsche with the distinctive colour. “The previous owners, both of whom were very elderly, wanted to get rid of the car.  I found out about it and made an offer right away. That was in 2001, just as the deutschmark was being replaced by the euro.”

Bernd Lehner can still recall the details of the purchase: The euro arrived between the time I made the offer and actually purchased the car. “But we converted it exactly so the purchase price was pretty skewed, even after the decimal point,” he smiles. And son Timo smiles along as he is allowed to drive “his” Porsche. Finally – after 15 years.

To understand it, we have to go back in time a little: “Just in time for the millennium I had completed the restoration of a Rechteckkäfer Beetle from 1959. It was a lot of work, but the result was impressive. Robin, my eldest son, wasn’t even at primary school back then. But I just knew that he should have the little Wolfsburg-manufactured Beetle for his 18th birthday. And then when the Porsche came into the family, it was clear that Timo would drive it one day.

Timo would spend the first years in “his” Porsche on the narrow back seat, then as a teenager he moved to the passenger seat. “Now I sit in the front left – and I really love it”, says the young electrical engineering student with a grin. His detours into the single garage which houses the 911 have become more frequent in recent years. He finally got hold of the key for his maiden drive on the day of his 18th birthday. “Timo was quite adamant,” says Bernd Lehner proudly. “It didn’t bother him that the weather wasn’t great last November.” Although he got his driving licence aged 17, Timo adhered strictly to the designated date.

The condition of the SC, the “Super Carrera”, is not quite as modest, as it is still adorned with plenty of chrome: “When I bought the car, the only issues were the porous tires and the long overdue oil change. Even the leaking engine was not a drama, even if I did fear the worst to begin with”, reflects Bernd Lehner. “Luckily it was only the oil pressure switch that was leaking, that was all.”

Even the “Cashmere Beige” paintwork is still largely original. “But I repainted the boot lid because it had a lot of badly repaired stone chips dating back to the 80s. And I was able to replace the mottled brown interior roof with genuine parts”, muses Lehner. “Dad also had the seats recovered”, interjects Timo. “But with original Porsche fabric, although slightly darker.” None of this detracts from the overall impression of the sinfully beautiful car. The 911 is in magnificent shape, even though it took a few years for the special paintwork to gain recognition. “At first I often got funny looks, or heard people saying that the colour wouldn’t suit a real Porsche. And I had doubts at one point too”, admits Bernd Lehner. In the meantime, he has not only made friends with the paintwork – he really appreciates and loves it. It is the same for Timo and “his” Porsche.

The transfer has more of an emotional than a businesslike character. Both the Beetle and the Porsche are still registered in his father’s name, who drives the two rear-engined vehicles on occasion and is in charge of maintenance. At the same time, the sons use the cars together and swap between them. “They both get on well and share the happiness that these treasures bring”, says Bernd Lehner with delight. “It runs in the family”, he says with a grin before getting serious. “Nobody lives forever, that is certain. And that’s why I entrusted my boys with the cars from my heart to mark the start of adulthood,” says Bernd Lehner, as he strokes the chrome on the headlight ring.

Meanwhile, Timo stands next to it, his face almost as radiant as the chrome. He truly appreciates the trust his father has placed in him. He doesn’t have any travel plans yet: “We’ll see what comes up. We’ve known each other a while, the 911 and I. I’m confident we won’t get bored.” 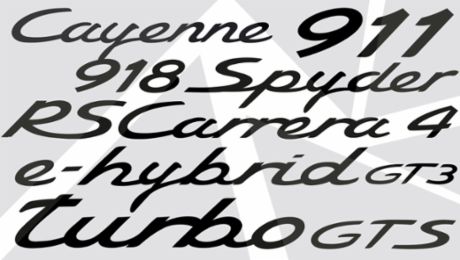 Every Porsche model has an in-house type number. 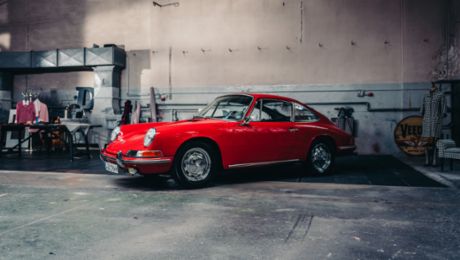 A question of patterns: the most famous Porsche seat designs

The fourth episode of the Top 5 series shows the best seat patterns from over 70 years of sports car history.