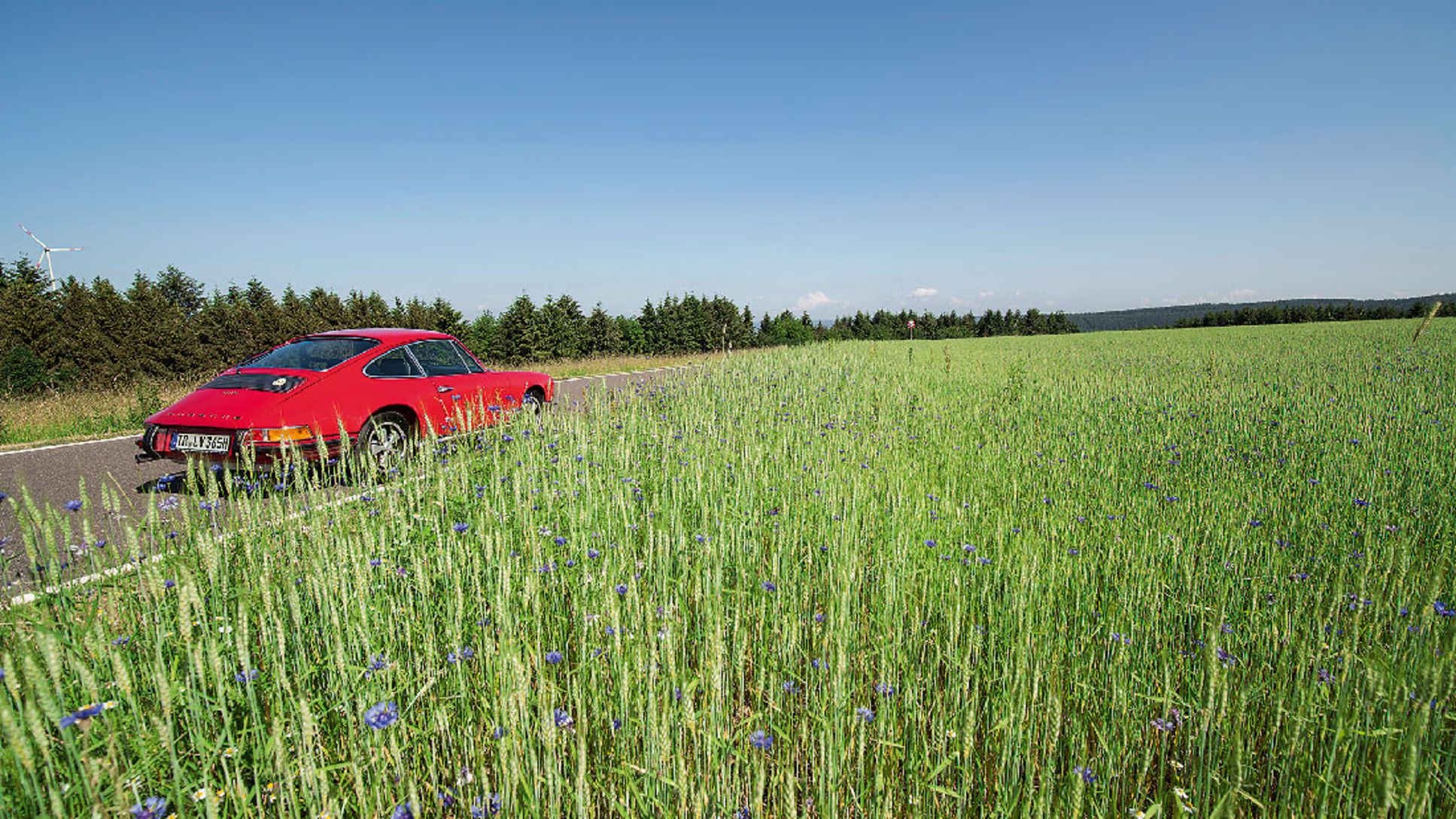 It looks so innocent in its Bordeaux red, but this 911 S has a special story – it was once a secret bearer with famous previous owners.

Sometimes there are cars that just do not exist. Or they ought not to exist. At least officially. But if they do, then there is usually something unusual, something mysterious behind it. A unique story that is just begging to be told. Like the story behind this claret-red 911 Coupé, which sits quite calmly in the showroom of Michael Eiden in Osburg, near Trier, even though it used to be a bearer of secrets and suddenly introduced protagonists who have gone on to become established stars in the Porsche cosmos: Ferdinand Piëch and Hans Mezger.

“The previous owner was really desperate,” says Eiden of his 1968 911 S. “He had the body of the car restored and also replaced the side panels with the corresponding spare parts. But when assembling it, nothing fitted together again – it was like it was jinxed.”

The Porsche expert from the Hunsrück took on the curious case and began to do some research. The fact that this 911 was not an ordinary car was already clear from a glance at the vehicle registration document. The identification number did not follow the standard pattern. And after the first registration on 31 May 1968 to Dr. Ing. h.c. F . Porsche KG, the vehicle was transferred to the unusual second owner. From 1969 to 1972, the car belonged to Hans Mezger, the engine guru who contributed to the rise of Porsche. He drove to work at the wheel of the mysterious 911 during this period.

In 1970, Mezger probably travelled to Le Mans in this car in his role as head of motorsport, where the Porsche 917 he designed was competing in the 24-hour race. By the time of the return journey, the car was a Le Mans winner. And when the Swabian took his leave of the 911 again, its 1,000 hp 917/10 TC ushered in a new era for racing and road cars in the American CanAm series thanks to its turbocharged engine. In 1975, this technology went into series production in the epic 911 Turbo.

The turbo engine continued to shape the career of Hans Mezger, reaching its peak between 1984 and 1986 when his 1.5-litre V6 – the TAG-Porsche – powered McLaren drivers Niki Lauda and Alain Prost to three Formula 1 World Championship titles.

It is less well known that Mezger also played a key role in the engine of the 911. The young mechanical engineer had come to Porsche in 1956 and worked on the 1.5-litre Formula 1 eight-cylinder engine in the racing department. The project came to an end in 1962, mainly because things were taking off elsewhere in the company. The underfloor engine planned originally for the successor to the 356 had turned out to be a poor design. The start of production of the 911 was seriously at risk and thus also an important new source of revenue for Porsche. The development of what was still known as the “901” model had devoured a lot of money.

“There was still a lot to do when I joined the team in 1963”, recalls Mezger. The most important action was to redesign the valve drive. The previously centrally positioned camshafts migrated into the cylinder heads of the 2.0-litre six-cylinder boxer, which – as with the Formula 1 V8 – was also given an eight-bearing crankshaft and thus better tolerated higher engine speeds. Because one thing was clear from the outset – the 911 was designed to be suitable for racing.

Mezger also applied his experience with the Grand Prix engine to the layout of the hemispherical combustion chambers. “Two things happened whenever we made the angle of the valves smaller: the power output increased and the fuel consumption dropped”, explains the technical genius.  The engineers worked at their drawing boards for a long time before committing themselves: 27 degrees to the vertical for the inlet valve and 33 degrees for the exhaust valve – a perfect decision that was retained until the end of the air-cooled boxer.

Seeing the entry “Hans Mezger” in the registration document got me on the right track,” reveals Michael Eiden as he gazes at his claret-red 911. And his research threw up some interesting results. Although built in 1968, the coupé carries many of the components of the extensive facelift introduced in 1969, including mechanical fuel injection, transistor ignition and ventilated brakes, as well as a wheelbase extended by 57 mm to 2,268 mm, and much more. “That’s why the 1968 body replacement panels did not fit the suspension after the restoration”, Eiden says thereby solving the mystery. The top tip came from Hans Mezger himself. Before he bought it, the pre-production car had probably been used for approval of the new specifications – as a company car of Ferdinand Piëch, then head of development at Porsche. 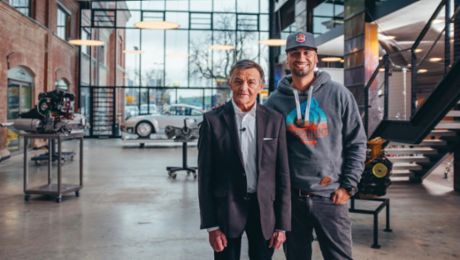 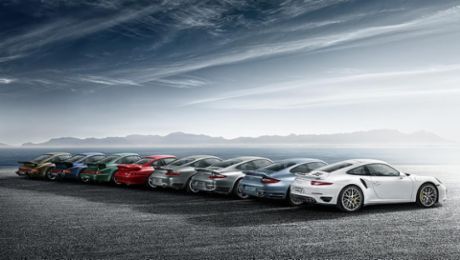 An expression of power

The turbo engine in the 911 celebrated its world première 40 years ago. A success story.