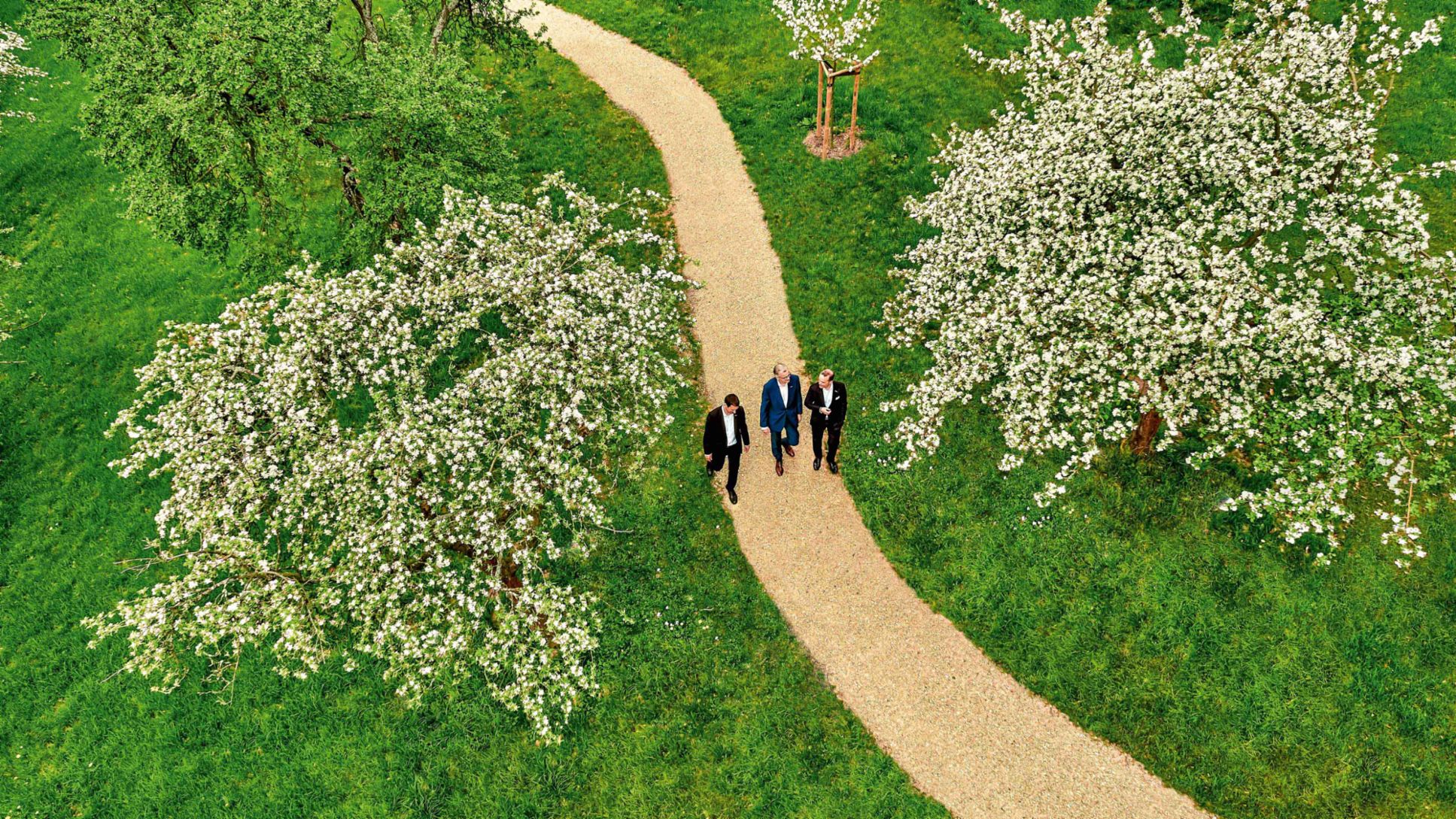 The New Way to Work

There’s hardly a hospital that doesn’t use medical technology made by B. Braun Melsungen AG. This German company is one of the world’s leading equipment providers for intensive care units and operating rooms, and for anesthesiology and cardiology. With annual sales of around $8.2 billion, it is one of the worldwide top ten in its sector. At the same time, its working atmosphere differs markedly from that at many other large corporations. Its medical engineers are also pioneers in the area known as New Work.

The road leading to the headquarters of the B. Braun company runs through mixed woodlands. And then on to what used to be a clinic at the edge of a small medieval town. The calm here is a source of strength. And a number of decisions are also made outdoors— after all, Mother Nature has a beneficial effect not only on health, but also on business.

It is no coincidence that Apple recently had 9,000 trees planted outside its new headquarters in Cupertino, unintentionally causing stock shortages at nurseries in California. “We don’t have that problem here,” says Klaus Dieter Pannes, Senior Vice President Operational Excellence at B. Braun Melsungen, as he looks out a panoramic window. The view encompasses green hills and valleys, and no end of trees. In the midst of an enormous wooded park in the north of the state of Hesse, this medical technology company has created an unusual corporate headquarters within the palatial walls of a former sanitarium for the treatment of pulmonary conditions. Reinforced concrete and high-rise flair? Think again.

A spiral staircase winds its way up four floors from the lobby. The rows of treatment cubicles and patient rooms lined up next to each other have given way to large open offices with fine woods and generous expanses of glass, interspersed with lounge areas decorated in the corporate colors of green and purple, meeting rooms with upholstered cubes and small raised stands, and quiet zones for concentrated work at computers. Employees decide for themselves which surroundings best suit the tasks they are working on. This might also be a secluded sunlit terrace adjoining the cafeteria. “Given the growing competition for the best talent, we obviously want to create an attractive atmosphere where our employees feel at home,” says Pannes. “But above all, we want to create structures that meet human needs. They help people do the best possible work.”

The spectacular interior design of the company headquarters, which opened just a few months ago, signals to visitors that new approaches to many things are being taken here. And in fact this company, which is a client of Porsche Consulting, has made great strides as a modern employer in the field of New Work. Back in the early 1990s, B. Braun was already introducing innovative ideas like flexible workstations—long before such policies became popular. In the meantime, the company has been putting agile forms of work and approaches to design thinking into practice.

Other steps explored by B. Braun seem less spectacular at first glance, but are nonetheless extremely effective. One example would be the meetings held in the Dallas Room of Plant E, where Jürgen Stihl, Group Senior Vice President Intravenous Systems, has spent many hours of his professional life. This is where the big twice-monthly conferences for department heads are held. They take up an entire morning, and until recently proceeded in much the same way as conferences all around the world. One colleague would give a PowerPoint presentation and everyone else would sink behind their laptop screens. “I was no exception,” admits Stihl. Many studies have found that too many lengthy meetings are a major source of job dissatisfaction and wasted resources.

The big conference in Stihl’s division now takes a different form. Participants crowd around pinboards full of colorful note cards. They engage in lively discussions, listen intently, and look each other in the eye. In place of tedium and routine, there is now a palpable sense of energy and dynamism. What has brought about this change? “A very simple step, actually,” remarks Stihl with a quiet smile. “So simple that people doubted it would work.” Instead of introducing yet another set of rules for meetings and adding even more state-of-the-art conference equipment, the focus was on elimination. Chairs, tables, and projectors were removed. They were replaced by tall tables pinboards around the perimeter, and a big stop clock. These new framework conditions eliminated any opportunity to hide behind a notebook. PowerPoint presentations dropped from 80 slides to eight printed pages, and project presentations now end after 20 minutes at most. The success of these steps is measurable. “Meetings are now 50 percent shorter,” reports Stihl. And focusing on the essentials lowers the risk of overlooking important information. “Those making a presentation now think more intensively before the meetings about which information is really relevant. They take on more responsibility.”

This apparently simple approach is based on scientific research. Richard Thaler received the Nobel Prize in Economics for his studies on how people’s behavior at work can be influenced by small changes—which he calls “nudges”—to things like interior decoration. “This management approach is based on behavioral sciences and leads to very pragmatic solutions,” observes Porsche Consulting Partner Dr. Wolfgang Freibichler. “And because these changes often cost very little to make, they can be put into practice quickly at small and large companies alike.”

What may be B. Braun’s most attractive conference space has therefore cost virtually nothing. Employees use the computer system to reserve not only conference rooms such as the Dallas and Deutschland, but also “walking meetings” outdoors. A number of defined routes of differing durations are available to choose from. The participants—two or three have proved to be a good number—discuss the topic at hand while walking through the park or around a small lake for 30 or 60 minutes. Speaking from his own experience, Pannes reports that “walking meetings are very helpful, especially for difficult or controversial topics.” It’s human nature to jump up and move around in difficult situations instead of remaining quietly seated. Increasing the flow of blood to the brain, and different visual perspectives, also heighten problem-solving abilities. As Pannes adds, “Not only that, you’re also compelled to walk back together.”

The history of the B. Braun company began on June 23, 1839, when Julius Wilhelm Braun purchased a pharmacy known as Rosen-Apotheke in the town of Melsungen in Hesse. Thirty-one years old at the time, Braun set about expanding his business, starting with a delivery service for medicinal herbs. His son Bernhard began producing bandages and migraine sticks, which grew into a new enterprise and was entered in the trade register in 1867 under the name of B. Braun. That company has continued to be expanded by subsequent generations of the family, and is now one of the world’s leading manufacturers of pharmaceutical and medical systems with production sites around the globe. The company has also produced a number of innovations that are used by physicians throughout the world. A well-known example is the Braunüle, a venous access catheter for infusions, and named after the company. B. Braun became a stock corporation in 1971 but continues to be run by the family. B. Braun Melsungen AG has four divisions: Hospital Care, Aesculap (surgical instruments), Out Patient Market, and B. Braun Avitum (blood treatment). With around 62,000 employees worldwide and sales of around $7 billion last year, it continues on its growth trajec 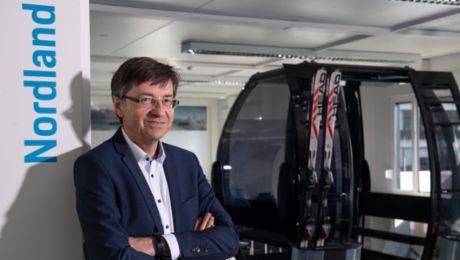 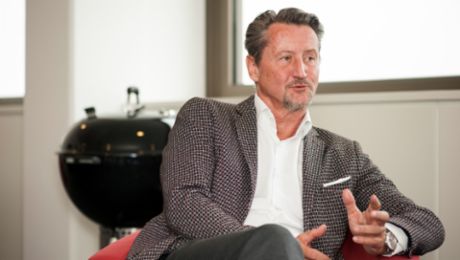 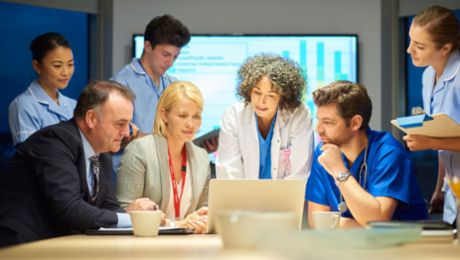 An Organization Reinvents Itself

Porsche Consulting supports the medical association EADV on its way to becom-ing a High Performance Organization. 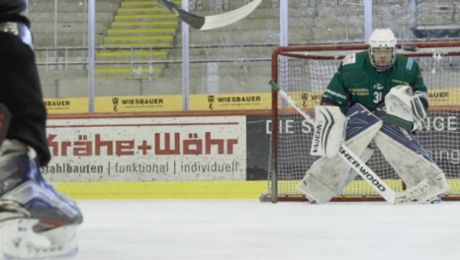 Flexible thinking and action in ice hockey and business: What companies can learn from athletes.