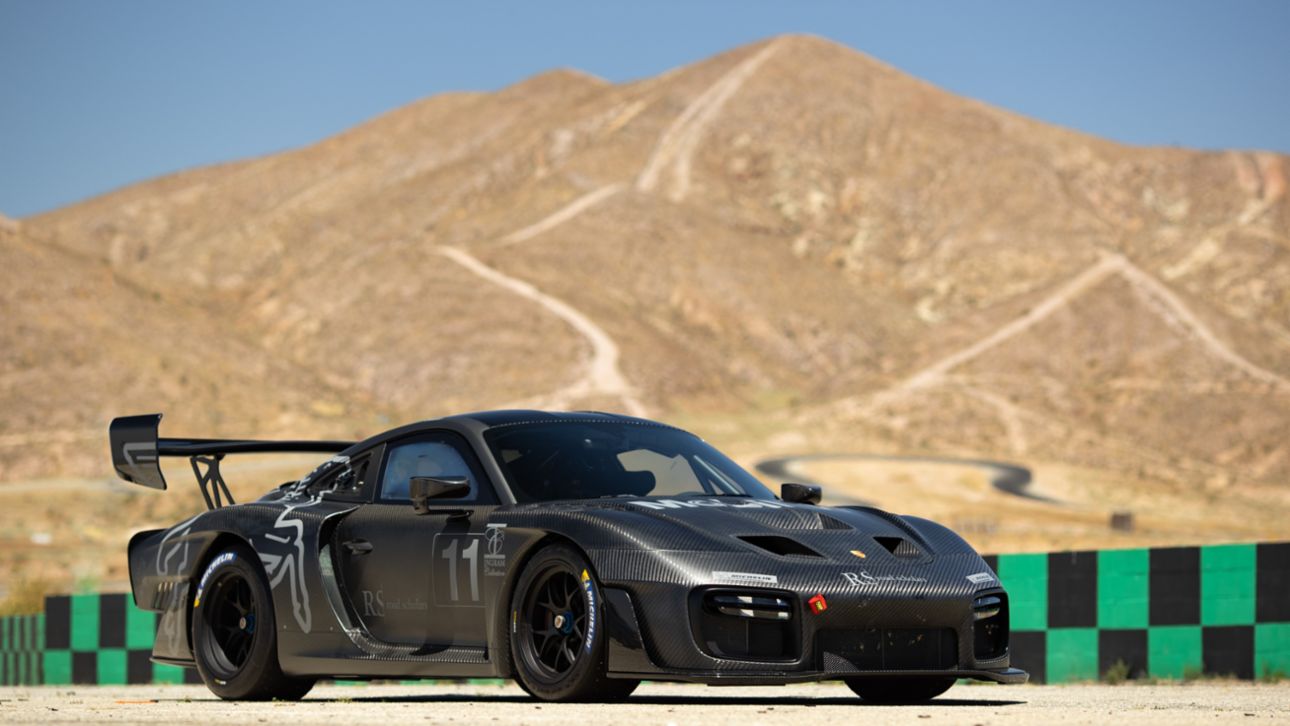 When the Porsche 935-19 was unveiled to the world at Porsche Rennsport Reunion VI, Jeff Zwart began to formulate a plan to take the Porsche 911 road car-based motorsport model up the iconic mountain in Colorado Springs, Colorado.

When the Porsche 935-19 was unveiled to the world at Porsche Rennsport Reunion VI on September 27, 2018, Jeff Zwart (Long Beach, California) was a special guest of the German sports car maker. The modern interpretation of the classic 1978 Porsche 935 “Moby Dick” shocked all in attendance at the largest gathering Porsche race cars in the world. Despite his long affiliation as a Porsche racer, coach, photographer and brand commercial advertising director, no one was more in awe than the eight-time winner of the Pikes Peak International Hill Climb (1994-’98, 2002, 2010, 2015). His mind began to formulate a plan to take the Porsche 911 road car-based motorsport model up the iconic mountain in Colorado Springs, Colorado. After months of preparations, Zwart tested the track-only machine on Tuesday, June 30 at Willow Springs Raceway in California. The timing is appropriate as the 98th running of the “Race to the Clouds” was originally slated to run the last week of June but has since been rescheduled for August 30, 2020.

With his deep Porsche ties and as one of the leading experts of racing up the 12.42-mile, 156-turn Pikes Peak race course, Zwart has been officially involved with the Porsche Pikes Peak Trophy by Yokohama division since its inception in 2018.

"Naturally when the new 935 was released I was attracted to it visually and the stories it could tell."

He will continue in that role in 2020 but will also return to his first passion of driving Porsche road and race cars after a five-year hiatus. Experienced Porsche race and road car preparer Joey Seely of Emotion Engineering will oversee the program for Zwart. The pairing teamed to win their class in 2015.

The Porsche 935-19 is a single-seat race car based on the Porsche 911 GT2 RS road car. The lightweight 3,042 lbs. (1380 Kg) rear-engine machine is powered by a 700 HP, 3.8-liter flat-six boxer engine with twin-turbochargers. The seven-speed PDK gearbox transfers the power to the rear-wheels only. The weight-optimized bodyshell is created from an aluminum-steel composite with carbon-fiber and Kevlar parts added to improve aerodynamics and overall stability. Suspension is a tuned MacPherson strut in front and lightweight multi-link arrangement in the rear. Both front and rear suspensions have adjustable shock absorbers and anti-roll bars.

Porsche has 27 class victories at Pikes Peak since the German sports car maker first appeared at “America’s Mountain” in 1958. It won its class for the first time in 1961 and added two class victories to its “lifetime total” in 2019. Twice Porsche engines have powered the overall winner to the quickest time up the mountain.

“I have been coaching the Porsche GT4 Clubsport class at Pikes Peak the last few years and I wanted to continue coaching but also race again this year. That meant I needed something which was not too complicated to run. Underneath the amazing 935 bodywork and Porsche Motorsport chassis, there is basically the Porsche 911 GT2 RS road car which allows it to be a full ‘turn key’ race car with plenty of power delivered for the horsepower.

After 16 years at Pikes Peak and 12 different Porsche models, I like when there is a good story involved. My earliest photography was inspired by the 935 running in IMSA here in the United States and at Le Mans. The historic 935, both on the visual level and the performance level, was always inspiring for me to photograph. So, naturally when the new 935 was released I was attracted to it visually and the stories it could tell. At the same time, it seems like a great package to take on Pikes Peak.”

About the Porsche 935-19 Test at Willow Springs.
“I have run Pikes Peak in all of its configurations, meaning full dirt, half dirt/half asphalt and now full asphalt. The 935 is built to maximize performance in the current Pikes Peak conditions so my goal at Willow Springs is to learn the limits and the capabilities of the traction control and ABS… which I have not used at Pikes Peak before.”

About his expectations for the Porsche 935-19 at Pikes Peak.
“It will be a bit strange to race at Pikes Peak so late in the summer, rather than the usual June date. I am anticipating the weather conditions to be a little more tricky but trying to read the weather has always been a part of Pikes Peak. Our last Pikes Peak car was something that we built combining a turbo engine with a Porsche 911 GT3 Cup race car. I really look forward to driving a full factory-built package with the latest upgrades and in the 935 bodywork. It should really be something special to drive.”