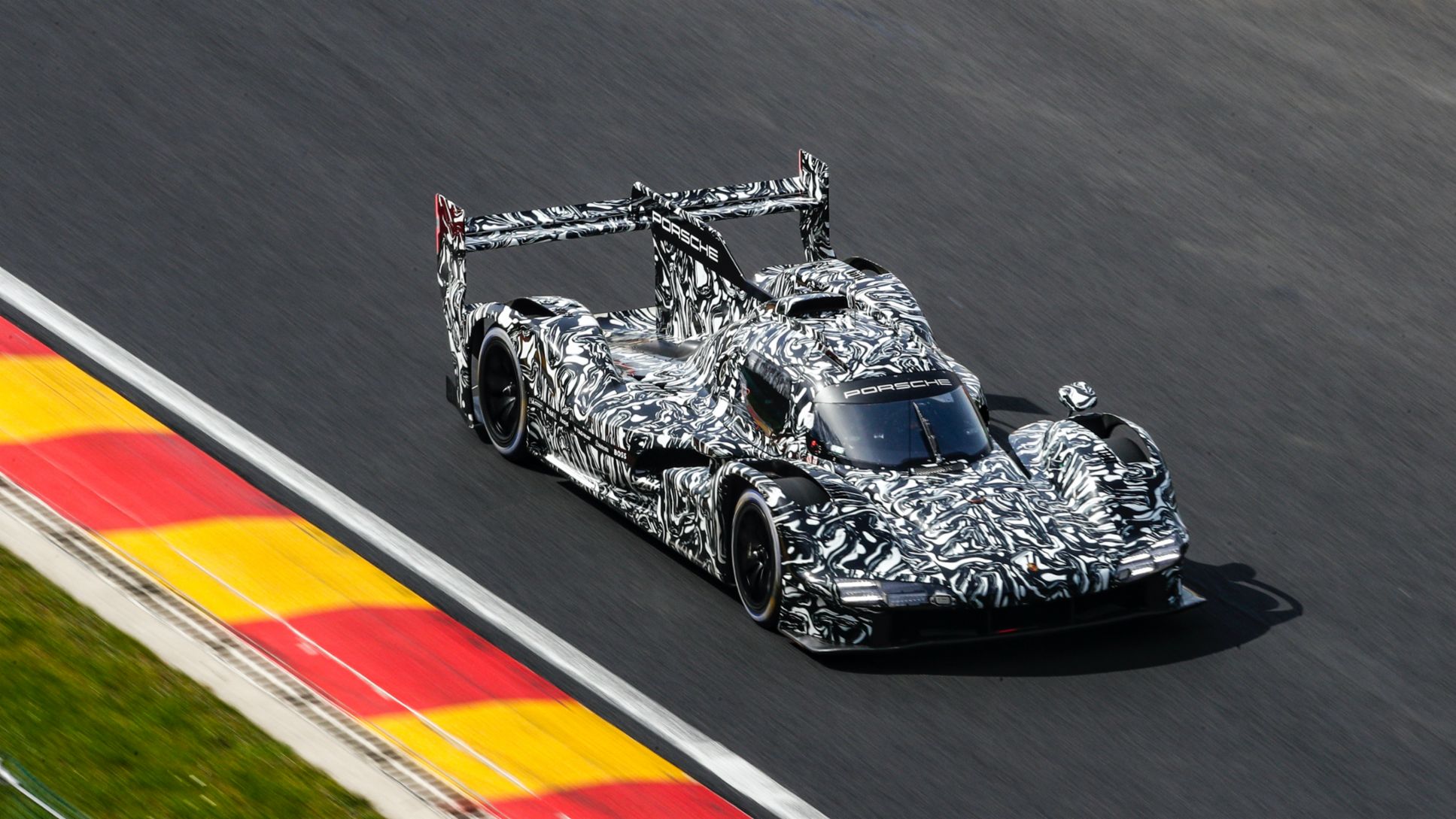 Hot on the heels of Friday’s official factory announcement surrounding the new Porsche 963 prototype race car, Porsche Motorsport North America (PMNA) and JDC-Miller MotorSports announce the first customer entry for the IMSA WeatherTech SportsCar Championship GTP class. The longstanding sports car team will field a single Porsche 963 prototype as a privateer entry in the new-for-2023 top class of North America’s premier sports car racing series. The Porsche 963 is set to make its official competitive debut at the Rolex 24 At Daytona in January 2023. A second privateer entry is expected to be announced in the coming weeks. 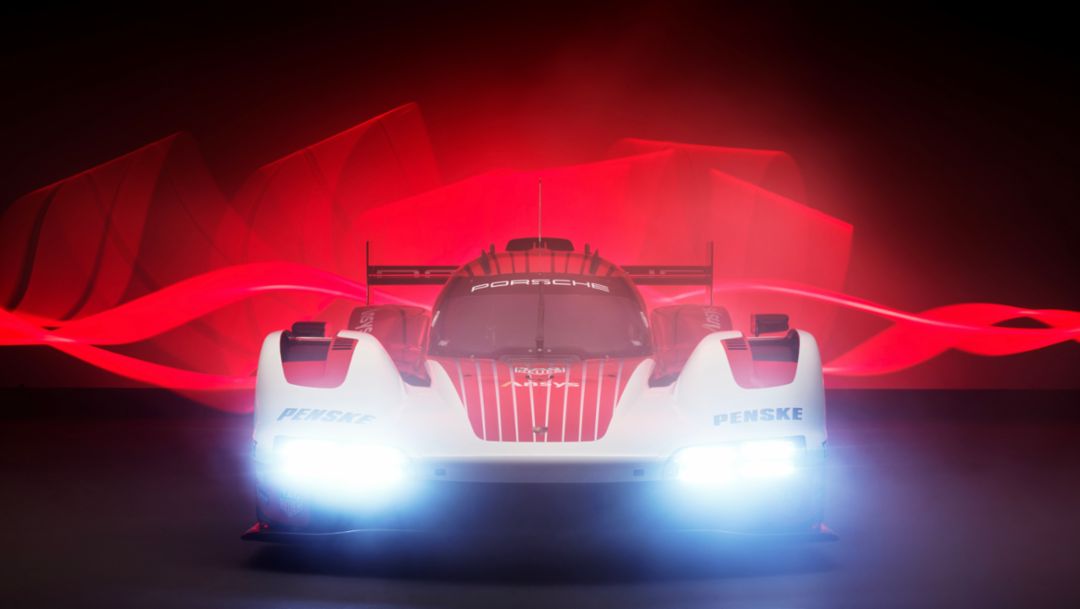 From 2023, two of the hybrid LMDh-spec prototypes will be fielded in both the FIA World Endurance Championship and the IMSA WeatherTech SportsCar Championship.

Porsche Motorsport North America will provide full customer support for the privateer entries in 2023. As the sole supplier of Porsche race cars and parts in the United States and Canada, PMNA will offer its traditional technical and parts support to all privately entered Porsche 963 race cars in the GTP class beginning with the model’s inaugural race including pre-season testing. Engineering and parts sales will be provided for the prototype race cars from both the company’s Carson, California-based headquarters and on-site in the paddock throughout the 2023 IMSA race schedule. This high level of customer support has been a hallmark of Porsche Motorsport for generations including previous prototype customer entries such as the Porsche RS Spyder and the Porsche 962. PMNA will continue its unbroken chain of service for GT-based machines including the 911 GT3 R, 911 GT3 Cup and the 718 Cayman GT4 RS Clubsport. PMNA is also the official organizer of the Porsche Carrera Cup North America Presented by the Cayman Islands, currently in its sophomore season of one-make competition.

JDC-Miller MotorSports, based in Minneapolis, Minnesota, has a long history of participation at the highest levels of North American auto racing. JDC-Miller currently operates prototype race car programs in the IMSA WeatherTech SportsCar Championship’s DPi class and IMSA Prototype Challenge Championship in addition to an IMSA Michelin Pilot Challenge TC class car. Founded in 1994 by Managing Partner John Church and later strengthened with the addition of John Miller to the ownership structure, JDC-Miller has captured 18 championships, 62 wins, 60 pole positions and 210 total podium finishes across its platform of entries in the last eight years. Most recently, JDC-Miller MotorSports added its name to an elite group by taking the overall win in the 2021 Mobil 1 Twelve Hours of Sebring and currently leads the Michelin Endurance Cup entering the third round of the championship within a championship for IMSA races of six-hours or more in length. For more on JDC-Miller MotorSports, please visit: http://www.jdcmotorsports.com/ .

In compliance with the international LMDh regulations – raced under the GTP banner in IMSA competition – the Porsche 963 is based on an LMP2-category chassis. This newly developed vehicle chassis is supplied by the Canadian high-tech company Multimatic. Bosch, Williams Advanced Engineering and Xtrac contribute the standard hybrid components. At the heart of the powertrain lies a twin-turbo 4.6-liter V8. The engine is based on the high-performance 918 Spyder hybrid sports car. Its DNA goes back to the RS Spyder racing car, with which Porsche and Team Penske notched up many victories between 2005 and 2008. The design of the new Porsche 963 hails from the victorious 956 and 962 classics from the 1980s.

“It is a very special day for Porsche Motorsport, particularly PMNA, to be able to announce our first customer Porsche 963 for IMSA. That we can say it is an established team with a championship pedigree like JDC-Miller MotorSports is especially gratifying. Under the leadership of John Church and John Miller, JDC-Miller has established itself among the leading international prototype operations and that has proven itself from the earliest conversations about the team’s interest in representing Porsche as a customer program. While this will be our first foray into a partnership with JDC-Miller, their track record, attention to detail as well as enthusiasm has already confirmed this will be a successful relationship. We look forward to 2023 when, together, we can again challenge for overall wins.”

“A very unique aspect of the Porsche 963 is our ability to provide customer race cars from its very start. This is a major undertaking as we must simultaneously develop the platform and a customer support structure that ensures parity between our customer programs and the Porsche Penske Motorsport operation. Our history, dating back to the first Porsche, has always been one of celebrating our customer victories as a Porsche victory and a Porsche works win as a customer program win. It allows us to strengthen all entries equally. This is special among manufacturers, particularly at the prototype level, and we believe will continue to give Porsche a leg-up on the competition.”

“We are very excited about this new partnership with Porsche and the new LMDh Hybrid platform that will run in IMSA’s new GTP prototype category, starting with the 2023 season. To be associated with an iconic brand such as Porsche and their incredible legacy in racing is just very special. A lot of work went into making this happen and we feel strongly that we have found the best possible partner for the future and look forward to adding to the incredible success Porsche has already enjoyed in IMSA.”

“We worked very hard to get to this point and I could not be more proud of my partner John Church and everyone in our group and company including our partners who have contributed to our success. These are very exciting times for our team but I think we have proven in the past as well as in the current ongoing season that we are ready for this new chapter and challenge with the support and partner such as Porsche.” 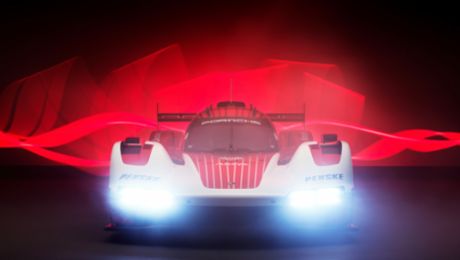 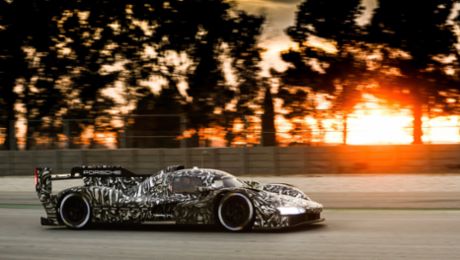 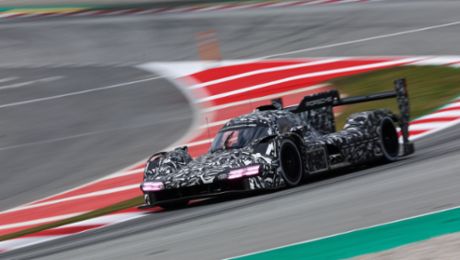