Thanks to its driveability and safety as well as an output of up to 560 kW (761 PS) - the Porsche Taycan Turbo S is the ideal choice as a Formula E safety car. With launch control, the flagship model of the Taycan range accelerates from 0 to 100 km/h in 2.8 seconds ([ci:Taycan-Turbo-S]) and reaches a top speed of 260 km/h. 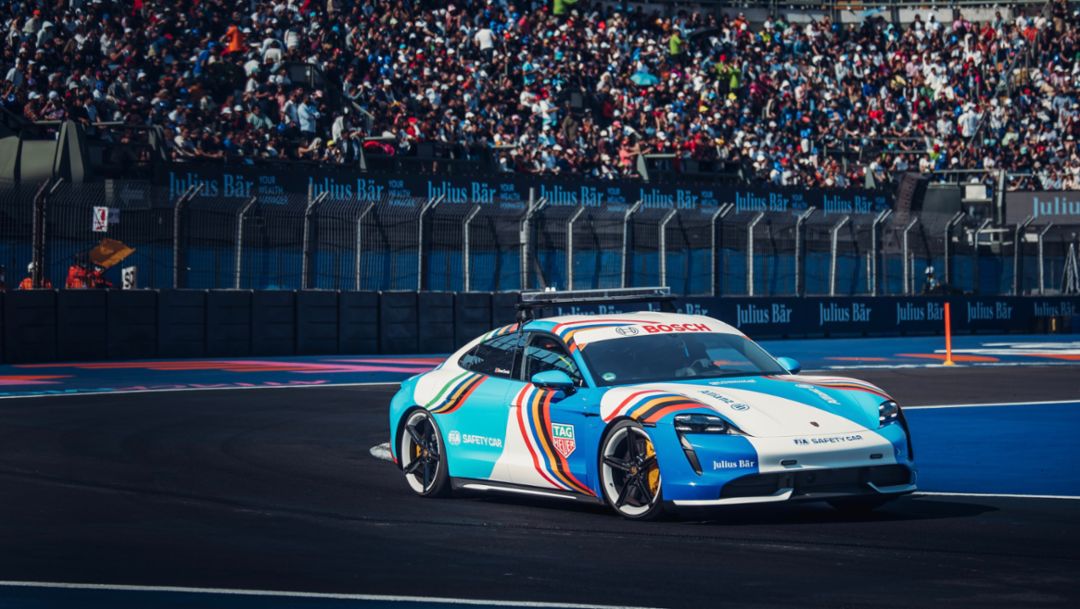