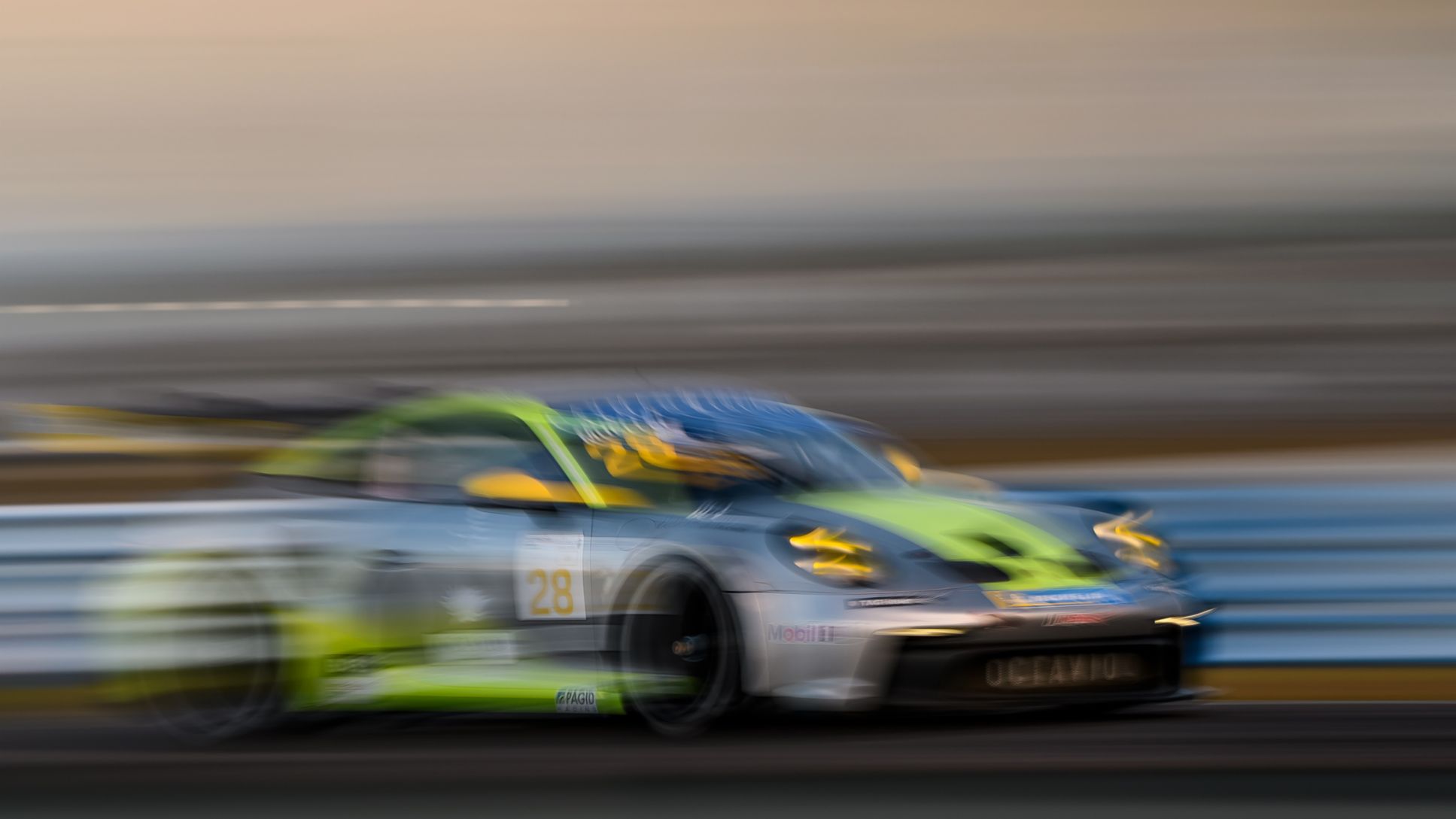 The streets of Southern California are familiar territory to the classic silhouette of the Porsche 911 but never before have the streets of Long Beach hosted so many of the iconic race-ready masterpieces. This weekend, April 8 – 10, the Porsche Carrera Cup North America Presented by the Cayman Islands will stage 34 Porsche 911 GT3 Cup race cars for a pair of 40-minute races on the 1.968-mile, 11-turn temporary race course which winds along the Pacific Ocean’s Port of Long Beach. The Grand Prix of Long Beach weekend is the first time the all-Porsche race series will compete in California and the debut of the second-year series on a street circuit.

With the Porsche Experience Center Los Angeles (PECLA) and Porsche Motorsport North America (PMNA) headquartered in nearby Carson, the grandfather of all temporary race courses in the United States is a natural home for the premier one-make series in the world. The fact that California is the fifth-largest global sales market for Porsche, proves the brand’s motorsport-driven engineering culture will be well received for Round 3 (to be run on Saturday, April 9 at 10:45 a.m. California time) and Round 4 (Sunday, April 10, 4:20 p.m. California time) of the 16-race season.

The Porsche Carrera Cup paddock will be housed in the Long Beach Convention Center allowing fans  an up-close and personal look at the cars as well as interaction with the teams and drivers that make up the series. Visitors to the paddock will be able to enjoy a firsthand look as the Porsche 911 GT3 Cup race cars are prepped before and between each session as well as witness, in air-conditioned comfort, the inspection process of each car at the IMSA Tech Center. 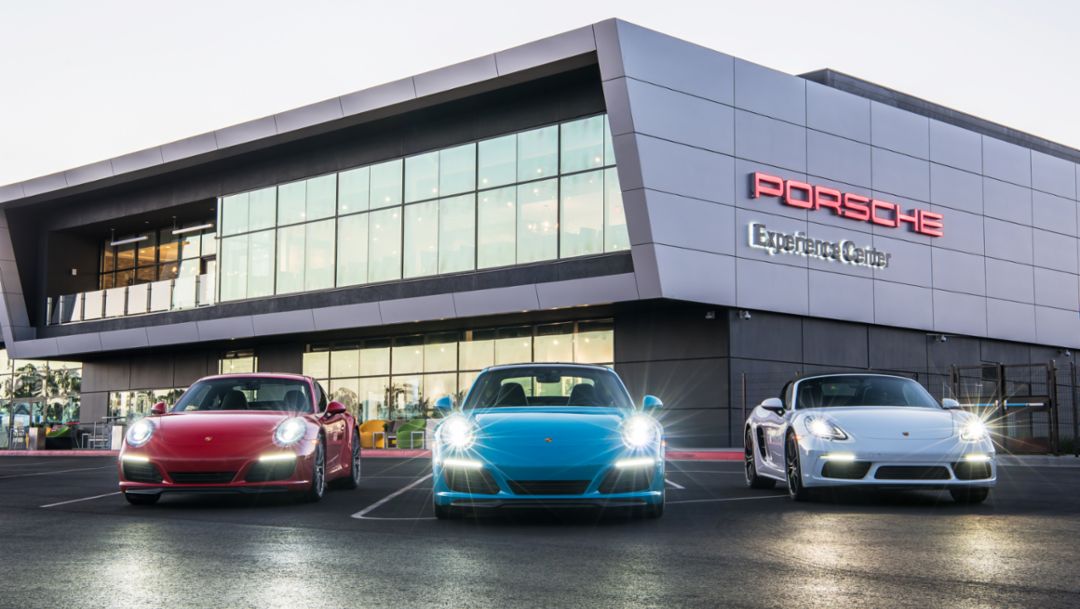 Located in the heart of Southern California, this one-of-a-kind facility showcases a commitment to both design and functionality and serves to provide an incomparable experience anywhere.

The large field on the shorter, tighter Long Beach race course has necessitated a regulation change to qualifying. Porsche and IMSA officials have declared that the 34 entries will be split into two qualifying groups: Pro-Am and Am class in one group while Pro will be in a second group during the 30-minute session. The 19 cars in the combined Pro-Am (12 cars) and Am (cars) group will take to the track for the first half of the session starting at 4:30 p.m. local time on Friday, April 8. They will be followed by the remaining 15 Pro drivers (drivers below the age of 35 and those deemed by officials as Professional level) for the second half of the session. All cars will be grided based on time within their class.

The road-going sibling of the Porsche 911 GT3 Cup car racing at Long Beach, the Porsche 911 GT3 will act as the safety car for the pair of Porsche Carrera Cup North America rounds. Supplied by the Porsche Experience Center Los Angeles (PECLA), the 911 GT3 continues the tradition of transferring what is learned on the race track directly to cars designed for the road. Making use of extensive lightweight materials, refined aerodynamics and a motorsports-derived double wishbone front axle layout, the new 911 GT3 is a real world example of the Porsche mantra: ‘racing improves the breed’.

A naturally aspirated 4.0-liter, six-cylinder boxer engine that revs to 9,000 rpm is at the heart of the car. Generating up to 502 hp and 346 lb-ft of torque, the engine is virtually identical to the unit found in the track-only 911 GT3 Cup race car. Acceleration is race-ready and fit to pace the field with a 0 to 60 mph time of only 3.2 seconds and top track speed in excess of 195 mph.

The Porsche 911 GT3 Safety Car is on loan from PECLA where it can be experienced in a variety of drive experiences. Guests 21 and older can drive the GT3 in two unique specialty programs: the four-hour Accelerated program and the four-session Academy program. Additionally, PECLA offers several standard 90-minute programs for the GT3, including the newly launched GT3 vs GT4 drive experience.

With 34 cars, the entry list for Rounds 3 and 4 of the Porsche Carrera Cup North America is among the largest to ever race at Long Beach. 15 drivers will contend for the overall, Pro class honors with points leader Kay van Berlo (Netherlands attending the University of Miami in Florida) in the No. 3 Kelly-Moss Road and Race Porsche 911 GT3 Cup car leading the way. Van Berlo, who was a close runner-up in the inaugural season of the championship in 2021, had a nearly clean sweep of the 2022 season-opener at Sebring on March 16 – 17. He won both pole positions, both races and set the fastest race lap in Round 1. He was narrowly bettered for fastest race lap in Round 2 by teammate Riley Dickinson (New Braunfels, Texas) in the No. 53. Dickinson is second in points just ahead of JDX Racing’s Parker Thompson (Canada) and driver of the No. 6 MDK Motorsports Porsche, Trenton Estep (San Antonio, Texas).

The Pro-Am class sees Alan Metni (Austin, Texas) leading the standings with one win at Sebring. Justin Oakes (Houston, Texas) is second in the standings, Jeff Mosing (Austin, Texas) is in third-place. Efrin Castro (Dominican Republic) is in fourth-place with a win in Race 2 at Sebring. 12 entries make-up the class. The Am class – open to drivers 57-years-old and older – had a repeat performer in both Sebring rounds as well. Mark Kvamme (Columbus, Ohio) piloted his new No. 43 MDK Motorsports Porsche to twin wins in Florida but comes to California with six other Am class contenders looking to knock him off the top step.

Four drivers have direct ties to the state of California. Adam Adelson, driver of the Pro class No. 24 Premier Racing Porsche, is a graduate of the University of Southern California, and lives and works in Los Angeles.

TJ Fischer lives in Vacaville and drives the No. 58 Topp Racing Porsche, also in the Pro class. Newport Beach’s Hutton McKenna is in his second season piloting the No. 88 Pro-class Porsche for Wright Motorsports. Kyle Washington is from Indio, California and races the No. 32 Pro-Am class car for Santa Ana-based GMG Racing.

Live timing and scoring of each Porsche Carrera Cup North America Presented by the Cayman Islands session can be found at www.PorscheCarreraCup.us. IMSA Radio will again provide play-by-play commentary for practice, qualifying and the two races. The races will be broadcast live on the official series web site – www.porschecarreracup.na –  and on the Peacock Streaming App.

“Southern California is home for Porsche Motorsport in North America, so it is only natural we take this opportunity to race in front of one of our largest customer bases and a wildly enthusiastic fan base. Long Beach is internationally recognized as one of the foremost city circuits so there is no better place to make our street course debut with the Porsche Carrera Cup North America than here in our own backyard.

The challenges of racing here are not small, almost every part of putting on an event at a street course is unique. However, our Carrera Cup customer teams and drivers, as well as our corporate partners, know the value of being here. It is extremely exciting and gratifying to be asked to be a part of this event and have the opportunity to connect to the local fans both on track and off the track. We look forward to putting on a great show.”