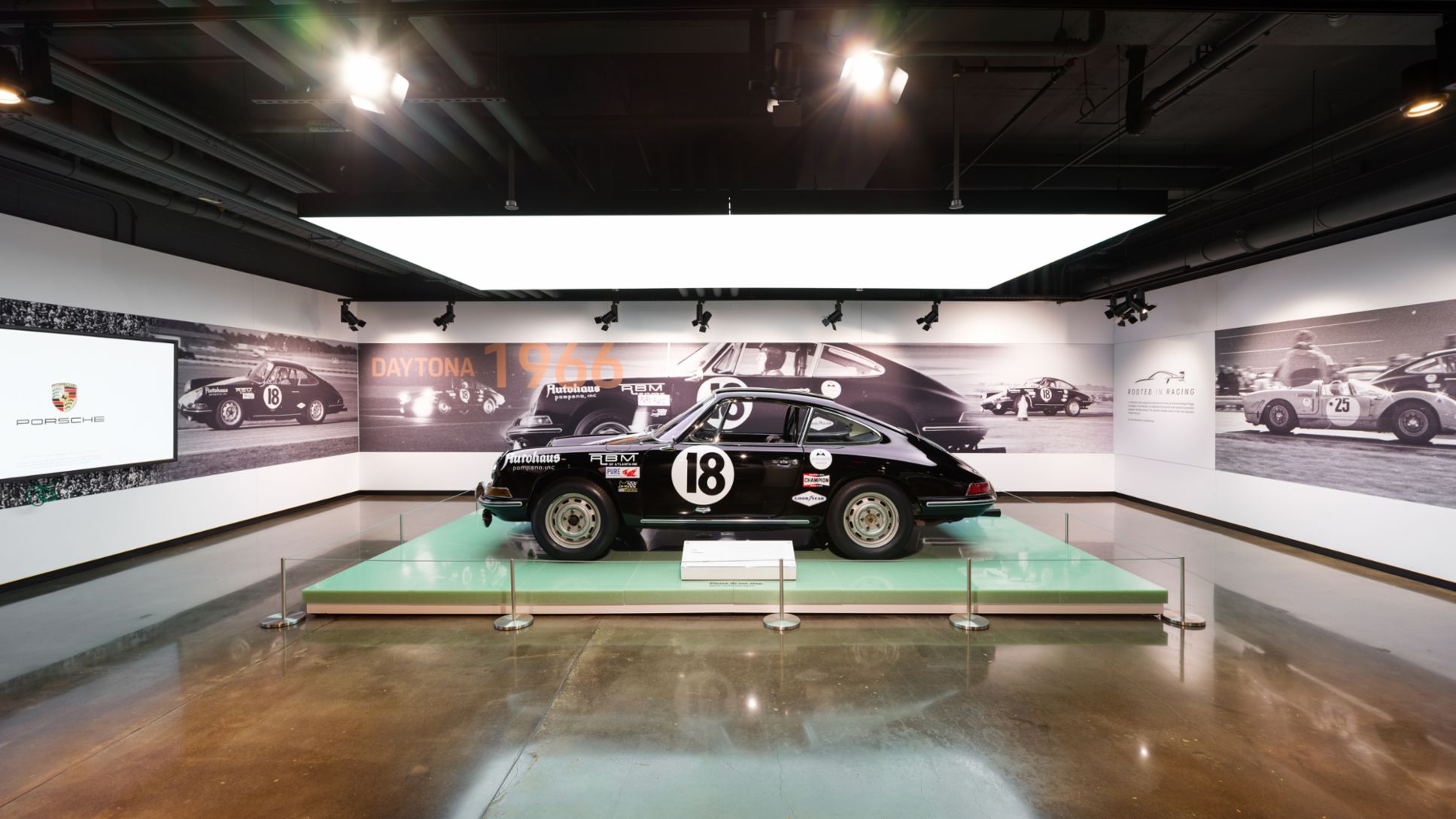 These words from Jack Ryan in 1966 may have at first been brusque, but in quick time Ryan’s intuition would prove right.

See, Ryan’s 911 was not supposed to be at that year’s 24 Hours of Daytona. Porsche was not yet ready to put their newest model on the race track. But Ryan, a VW dealer from Atlanta, was.

Even before Ryan set-out for Daytona, the 911 had logged plenty of miles. Chassis number 300-128 was one of the first two 911 sports cars sent to the U.S., and it arrived in December 1964 to be used as a demonstrator. It was one of just 200 or so initial production cars in the 911 series, and the odometer read over 30,000 miles by the time Ryan drove it off the Brumos lot.

Ryan knew he had a winner in the 911. He teamed with Lin Coleman and Bill Bencker to compete in the 2.0-liter GT class at Daytona. Modifications were made, including a hand-built sport exhaust, extra headlights, and rudimentary Targa bar. Some weight-saving measures were made, but the team wouldn’t have been able to upgrade its brakes if it wanted to as the parts were simply unavailable for the 911 at the time.

Ryan and team’s biggest obstacle may have initially been from the German marque itself, as when Porsche race team manager Huschke von Hanstein caught wind that a 911 would be in the field he first rebuffed the attempt. He even took time away from tuning the new Porsche 906 to call Zuffenhausen to alert the head office about the production car’s entry.

At the suggestion the 911 shouldn’t be raced, Ryan apparently replied, “It’s my car now and I’m entering it.” Ryan had legally acquired the car. The 911 had been built in accordance with the rules and accepted by the organizers.

Starting 39th in a field of 59 race cars, Ryan’s 911 worked its way up the field to lead the 2.0-liter class. Now Huschke took interest, even offering assistance of the factory team.

The number 18 didn’t need any assistance. The 911 was running like a charm. The team refueled regularly, checked the oil level, and changed drivers and tires as necessary.

Ryan/Coleman/Bencker went on to finish 16th overall at the 1966 24 Hours of Daytona, completing 548 laps on the 3.81-mile track, and winning the 2.0-liter Grand Touring class. The only other production-based car to come in ahead of them was a Roger Penske-entered L-88 Corvette with a 7.0-liter V-8 and 540 horsepower.

It wasn’t part of the Porsche factory plan, but 300-128 became the first 911 to win a road race anywhere in the world. The following month, Ryan and Coleman raced the car to a 2nd in class in the 12 Hours of Sebring. This was only the beginning as the 911 went on to be a winner in SCCA and club racing for many seasons.

After multiple changes of ownership and many races, the car wound up in Ohio. In 2013, the car was donated  to the Revs Institute in Naples, Florida, home to the Miles Collier Collections, where it resides alongside many other significant Porsche sports cars. A milestone in Porsche racing history—practically in its original state, with the original engine and the original transmission. The unmistakable look of a winner.

Porsche motorsport history dates back to the very beginning of the brand. Less than one week from rolling out the doors, the first Porsche was competing in a local hill climb event. The winning tradition of racing strengthening the road car had begun. With an exhibit of legendary vehicles, the Heritage Gallery at the Porsche Experience Center Atlanta invites visitors to discover how Porsche is “Rooted in Racing.”

The cars on display range from historic race winners to road-legal modern classics that have pushed the boundaries of technology and performance. Decades of development have seen Porsche drivers reach the top of the podium more than 30,000 times, and many of those engineering leaps are the very same ones that make a Porsche so unmistakable to drive on the street. Spanning from the early years of Porsche motorsport in the 1950s to present day where the all-electric Taycan benefits from lessons learned at the 24 Hours of Le Mans, history is on display throughout “Rooted in Racing.”

Interested visitors can view the latest Heritage Gallery display at the Porsche Experience Center Atlanta. Guests are encouraged to book a tour of the facility at porschedriving.com. 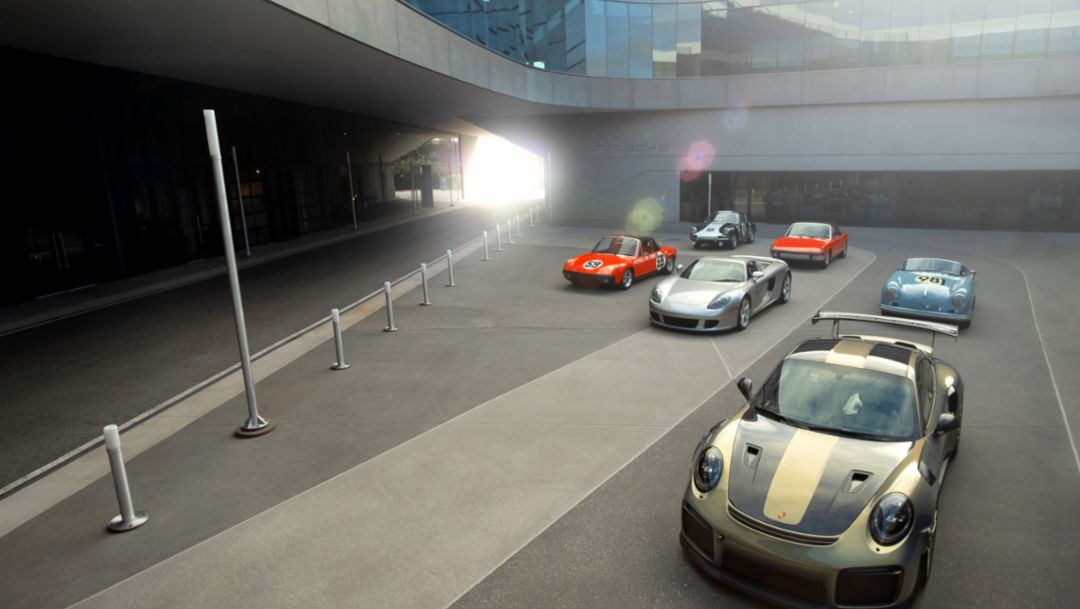 In 1986 Miles Collier acquired the collection of the race-car driver and designer Briggs Cunningham. From that base, he created one of the world’s most important automobile museums: the Revs Institute. The collection includes 20 of the most important Porsche race cars. For more information: revsinstitute.org 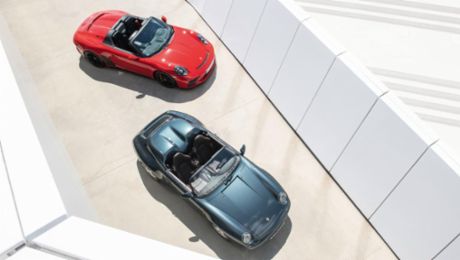 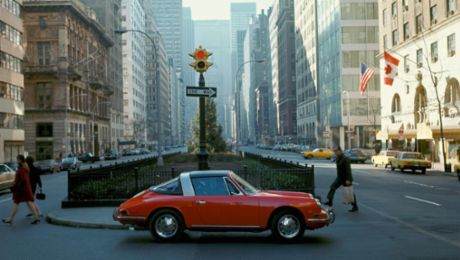 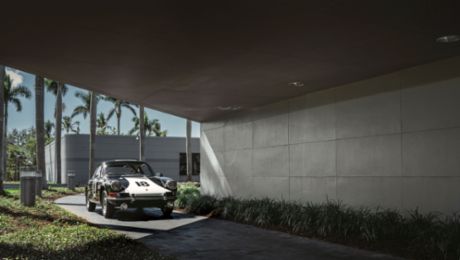