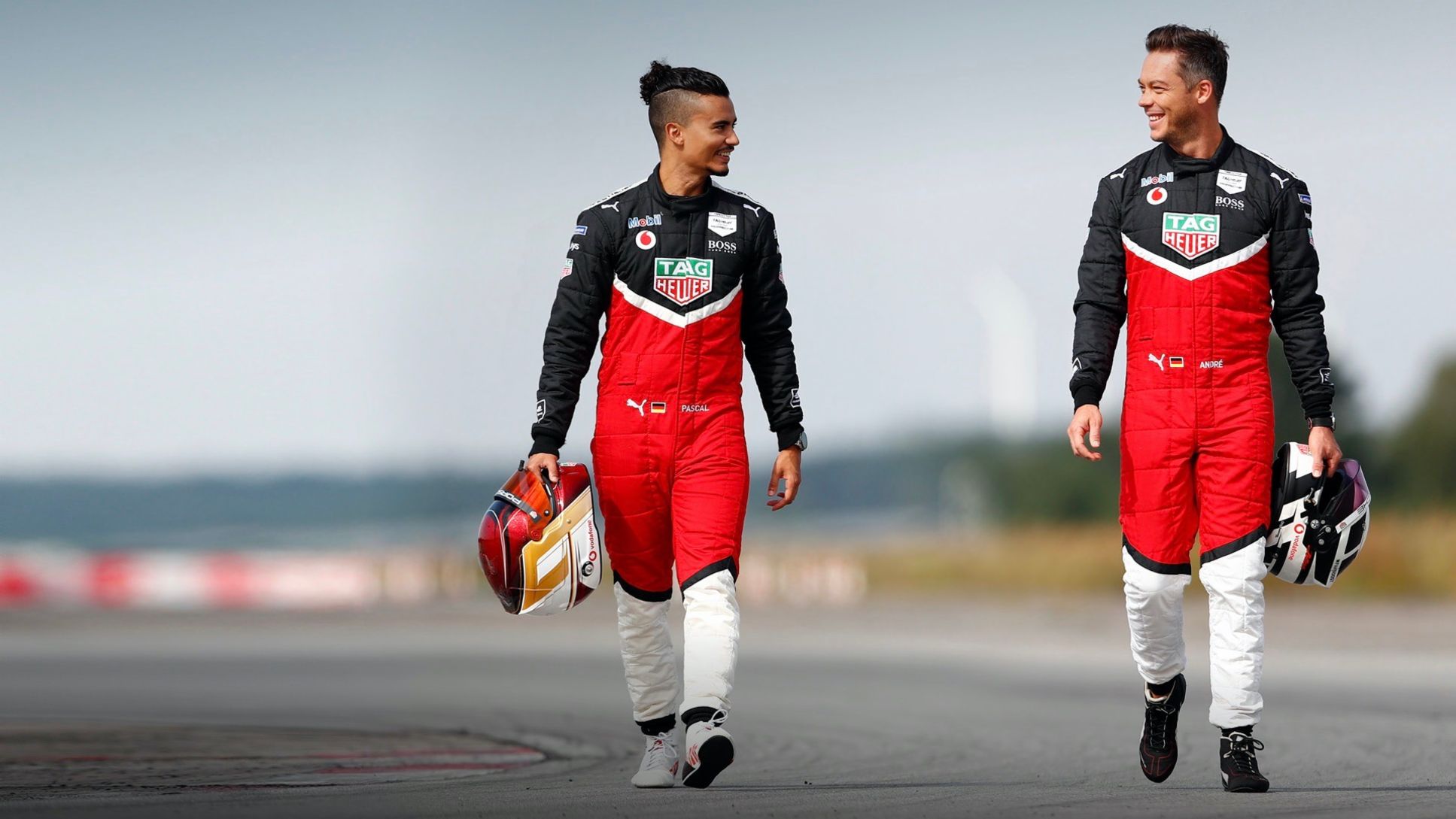 The TAG Heuer Porsche Formula E Team is setting its course for the future and will continue to rely on its regular drivers, André Lotterer (GER) and Pascal Wehrlein (GER), in the 2021/2022 season of the ABB FIA Formula E World Championship.

“We’ve made enormous progress as a team this season,” says Amiel Lindesay, Head of Operations Formula E, in the leadup to the Berlin E-Prix on August 14th and 15th. “Andre and Pascal have made a significant contribution to this positive development. We’re pleased that we are continuing our successful path together in season 8.”

André Lotterer has been competing for Porsche in the Formula E since the 2019/2020 season. The 39-year-old seasoned specialist, who became World Endurance Champion in 2012, as well as a three-time winner of the legendary Le Mans 24 Hours, has so far secured pole position (2019 Mexico City) and three podium finishes (2019 Diriyah, 2020 Berlin, 2021 Valencia) in the Porsche 99X Electric. At 26 years old, Pascal Wehrlein, the youngest DTM champion of all time in 2015, is the youngster in the TAG Heuer Porsche Formula E Team. He came to Formula E via Formula 1 three years ago, where he is now contesting his first season for Porsche. His best result so far has been third place in Rome last April. In Puebla, he took pole position.

“Despite some notable successes this season, we are yet to achieve all of our goals. That makes me all the more pleased that Porsche is giving me the chance to contribute to the further development of the team beyond the current season,” says André Lotterer. Pascal Wehrlein says: “As a newcomer to the team, I felt very welcome and comfortable from the get-go. We achieved a lot in our first season together and have firmly established ourselves in Formula E. I’m very happy that I can be a part of this great team in the future.”

The season finale of the 2020/2021 ABB FIA Formula E World Championship takes place on August 14th and 15th with two races in Berlin. The 2021/2022 season, the eighth season of the world’s first electric racing series, is expected to begin in November/December with the official test drives for all teams. Races 1 and 2 are planned for 28-29 January 2022 in Diriyah, Saudi Arabia.

The TAG Heuer Porsche Formula E Team contests its second Formula E season in 2021 with the Porsche 99X Electric. André Lotterer celebrated a successful racing debut in November 2019, finishing second at the season-opening race in Diriyah after meticulous preparation: a dream start and proof that Porsche had a competitive vehicle right from the outset with the Porsche 99X Electric. This was impressively underlined by the first pole position in Mexico City and another second place on home turf in Berlin.

Formula E is the world’s first fully-electric street racing series and, as an accelerator for innovative and sustainable mobility technologies, it has brought thrilling motorsport to people living in major cities since 2014. This season, in which a driver and team world champion will be crowned for the first time, more automobile manufacturers compete than in any other racing series. As such, the races are fascinating and fiercely contested.