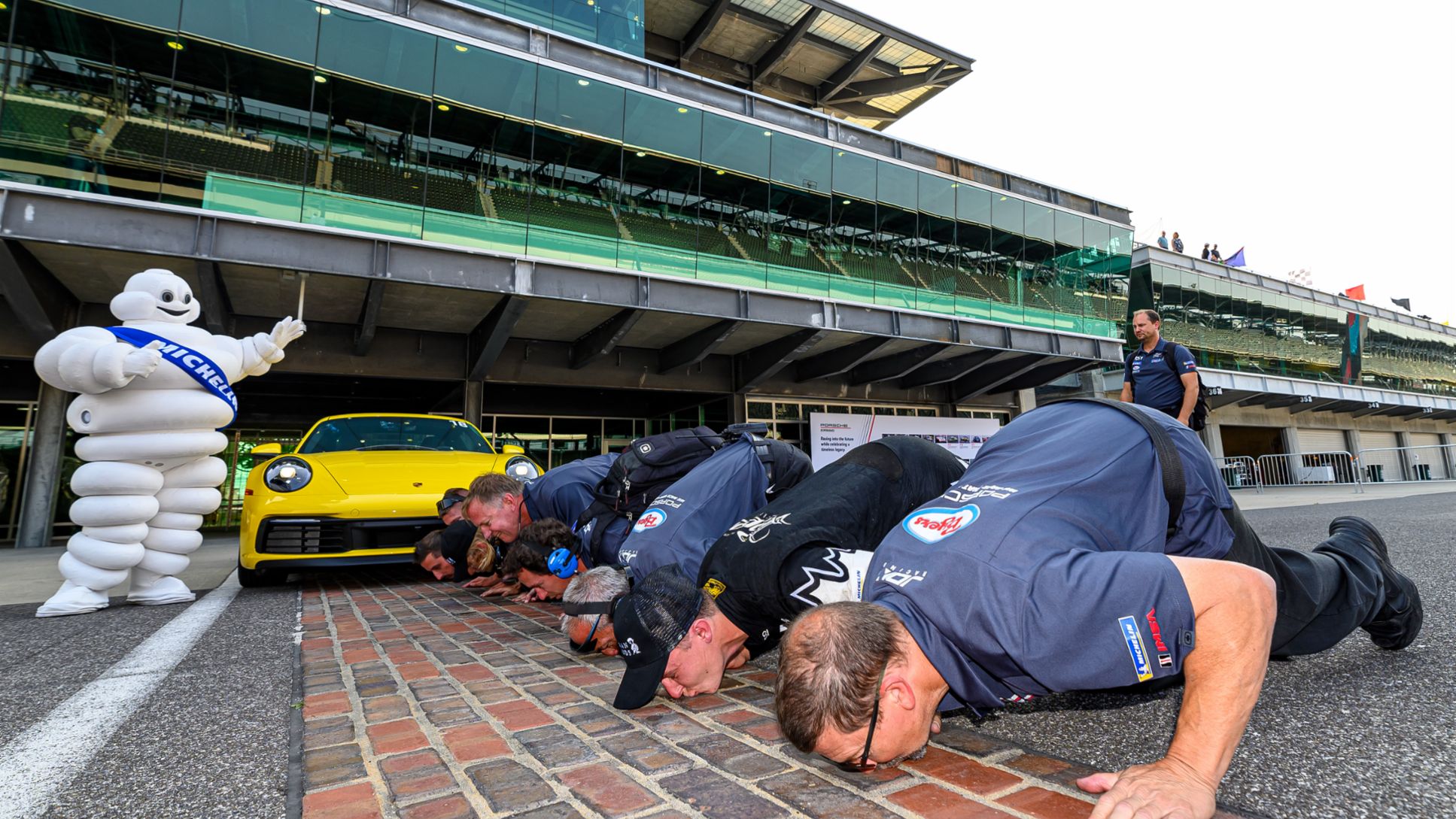 The Indianapolis Motor Speedway is hallowed ground. Whether racing an Indy car at the Indianapolis 500 on Memorial Day, a NASCAR Cup stock car during the summer or a Porsche 911 GT3 Cup race car on Patriots Day, the Speedway, Indiana race track draws deep emotion from drivers from around the globe in a uniquely American way.

The impact of crossing the yard of brick ahead of 25 other Porsche race cars in Round 9 of the Porsche Carrera Cup North America Presented by the Cayman Islands was easily recognizable as an
elated Seb Priaulx (United Kingdom) took part in a decade’s old tradition of kissing the yard of bricks following his victory.

Seb Priaulx immediately showed speed when the Kelly-Moss Road and Race team unloaded the No.15 from its trailer. On the morning of Saturday, September 11, the young Brit, who lives in the United States to hone his racecraft, earned the pole position in a late-session lap to better championship rivals Parker Thompson (Canada) and Kay van Berlo (Netherlands) to set the grid for the 45-minute one-make championship race.

Pressured early by Thompson’s No. 9 JDX Racing-entered Porsche 911 GT3 Cup, type 992, and teammate van Berlo, Priaulx pulled away. Once he was able to focus solely on the 2.592-mile, 14-
turn road course, no one could catch the blue, white and yellow rear-engine machine based on the newest Porsche 911 GT3 road car. Thompson chased hard but would take second-place at the
checkered flag just ahead of Riley Dickinson (New Braunfels, Texas).

Of the trio, Dickinson remains alone in searching for the top-step of the podium in the No. 53 Team Hardpoint EBM Porsche. For van Berlo, the frustrations mounted first with losing a top-three spot to Dickinson and Leh Keen (Atlanta, Georgia) driving the No. 12 Porsche of 311RS Motorsport and then an intermittent electrical issue. The five-time winner would have to settle for 12th-place following a drive-through penalty for “incident responsibility.’

Priaulx’s day added 30-points to his season total moving him back into the points lead over his teammate van Berlo. Tightening the top-three further is the third-place result by Thompson. With the starting line-up for Race 2 set with Priaulx on pole position, Thompson on the outside of Row 1 ahead of van Berlo and Riley Dickinson in fourth-place on the starting grid, the battle will be intense
in Sunday morning’s Round 10.

Efrin Castro (Dominican Republic) has a way of winning on big stages. The driver of the No. 65 Team Hardpoint EBM race car earned his first Pro-Am class victory, for drivers 40-years old and older racing the newest Porsche 911 GT3 Cup car, type 992, at the Circuit of the Americas (COTA) in Austin, Texas. He won his second Porsche Carrera Cup event today in Round 9 at The Brickyard. With points leader Alan Metni (Austin, Texas) missing the first race of the weekend while he competes in California, Castro earned a nearly 20-second victory over Tim Pappas (Boston, Massachusetts) in the No. 54 JDX Racing-prepared Black Swan Racing Porsche. Pappas edged out Curt Swearingin (Chattanooga, Tennessee) in the No. 17 ACI Motorsports Porsche. Metni, who has won seven of the first nine events, returns for Rounds 10 and 11 tomorrow.

Class points leader Matt Halcome (Dallas, Georgia) continued to add to his lead in the Pro-Am 991 class for drivers competing in the previous type 991 generation of the Porsche 911 GT3 Cup race
car. Like, Priaulx, the Georgian was overcome with the magnitude of winning at Indianapolis. His fifth-victory in the No. 55 Goldcrest Motorsports Porsche came just ahead of Joseph Lombardo (Bath, Ohio) in the No. 92 prepared by Kelly-Moss Road and Race and Conor Flynn (Jacksonville, Florida). Flynn continues to push the No. 95 Irish Mike’s Racing Porsche 911 GT3 Cup, type 991.2 toward the front of the class with his second podium of the season.

Having reached the midpoint of the 16-round inaugural season of the premier one-make race series, the focus on the championship battle has intensified in all three classes; Pro, Pro-Am and Pro-Am 991 with leader changes and narrower gaps to crown the winners in the series which utilizes only Porsche 911 GT3 Cup race cars on Michelin racing slicks.

Race 2 was expected to be a bridge event to carry the momentum from Race 1 (Round 9 of the 16-round championship) on Saturday to Sunday afternoon’s grand finale. However, Round 10 became a pivotal points race that tightened the top-three into neck-and-neck contest for top Pro honors as well as further narrowing the gap between leaders and chasers in the Pro-Am and Pro-Am 991 category. It all started on Saturday as Kay van Berlo (Netherlands), who entered the weekend as the points leader, gave the top spot back to teammate Sebastian Priaulx (United Kingdom) after an electrical issue slowed the Dutchman’s run. Priaulx, in the No. 15 Kelly-Moss Road and Race Porsche 911 GT3 Cup took the Race 1 win on Saturday.

In Race 2 of the weekend, bad went to worse for van Berlo as an unusual engine issue sidelined the No. 3 Kelly-Moss machine; he would finish 11th in class. However, Priaulx was not able to take full advantage of his teammate’s struggles when he was hit and spun by fourth-place in points driver, Riley Dickinson (New Braunfels, Texas). Priaulx continued but finished in sixth-place in class. Dickinson was assessed a drive-through penalty and finished in eighth-place. Meanwhile, Parker Thompson (third in the points) won his third race of the season driving the No. 9 JDX Racing Porsche 911 GT3 Cup car to a convincing victory. In the Pro-Am class, for drivers 40-years-old or older driving the type 992 Porsche 911 GT3 Cup car, Efrin Castro (Dominican Republic) ran to his second win of the weekend, third career victory, in the No. 65 Team Hardpoint EBM Porsche 911 GT3 Cup car.  In the Pro-Am 991 class – for previous generation Porsche 911 GT3 Cup race cars – Joseph Lombardo (Bath, Ohio) earned his first professional victory as a driver taking the top step in the No. 92 Kelly-Moss Road and Race-prepared machine.

If Race 2 was a pivotal in the championship, Race 3 locked it in as a rocket ride toward the season finale at Michelin Raceway Road Atlanta (November 10 – 12) . The action started before the drop of the green flag with van Berlo having to start the No. 3 from the last spot on the grid as a result of an engine change following Race 2. When the green did fly and the 45-minute clock started, the action got ignited with it. Priaulx was on the pole position next to Thompson, Riley Dickinson’s No. 53 Team Hardpoint EBM machine inside Row 2 and Leh Keen’s 311RS Motorsport-prepared No. 12 in fourth-place. By the time the leaders returned to the start-finish line, van Berlo had gained 14 positions slicing his way through the Pro-Am 991 and Pro-Am classes to the back of the Pro class. His progress was only slowed when Efrin Castro (Dominican Republic) went wide at the exit of Turn 14 (the famous oval’s Turn 1) and made hard contact with the wall. A lengthy yellow bunched the field and provided IMSA Race Control the opportunity to review the start handing down a lane penalty to Thompson. The drive-through penalty gutted his race (he would finish ninth in class). A second yellow would slow the field again but not before van Berlo broke into the top-five. He and Keen would battle hard for third-place before van Berlo moved the No. 3 around the red No. 12 for the final spot on the podium. With the top-three in Pro class going to Priaulx, Dickinson and van Berlo giving no one in the top-three a clear advantage over the others with five rounds remaining.

Curt Swearingin (Chattanooga, Tennessee) earned his first race win of the Porsche Carrera Cup North America Presented by the Cayman Islands in the No. 17 ACI machine. It was not an easy battle for the Tennessean as class points leader Alan Metni (Austin, Texas) was back on track after missing Race 1 to compete in an event in California. With Race 1 and 2 winner Efrin Castro (Dominican Republic) out on lap one as a result of an accident, the field was wide-open with veteran Porsche pilot Tim Pappas (Boston, Massachusetts) earning a podium in the No. 54 JDX Racing-prepared Black Swan Racing Porsche.

Joseph Lombardo (Bath, Ohio) entered the Indianapolis rounds having never won a professional race. He left the “Racing Capital of the World” with two victories in his pocket. The driver of the No. 92 Kelly-Moss Road and Race Porsche bettered Goldcrest Motorsports’ Matt Halcome (Dallas, Georgia) and Craig Conway (Edgewater, Florida) in the No. 97 Irish Mike’s Racing Porsche 911 GT3 Cup, type 991 to take the top step of the podium for the class.

Rounds 12 and 13 of The Porsche Carrera Cup North America Presented by the Cayman Islands will be part of the Michelin GT Challenge at VIRginia International Raceway, October 8 – 10, in Alton, Virginia. 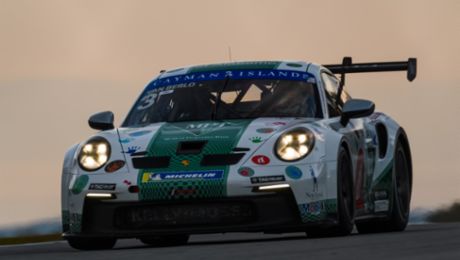 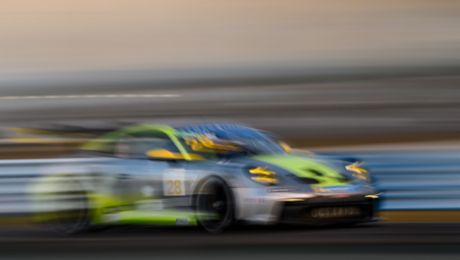 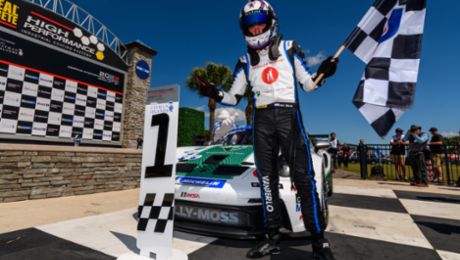