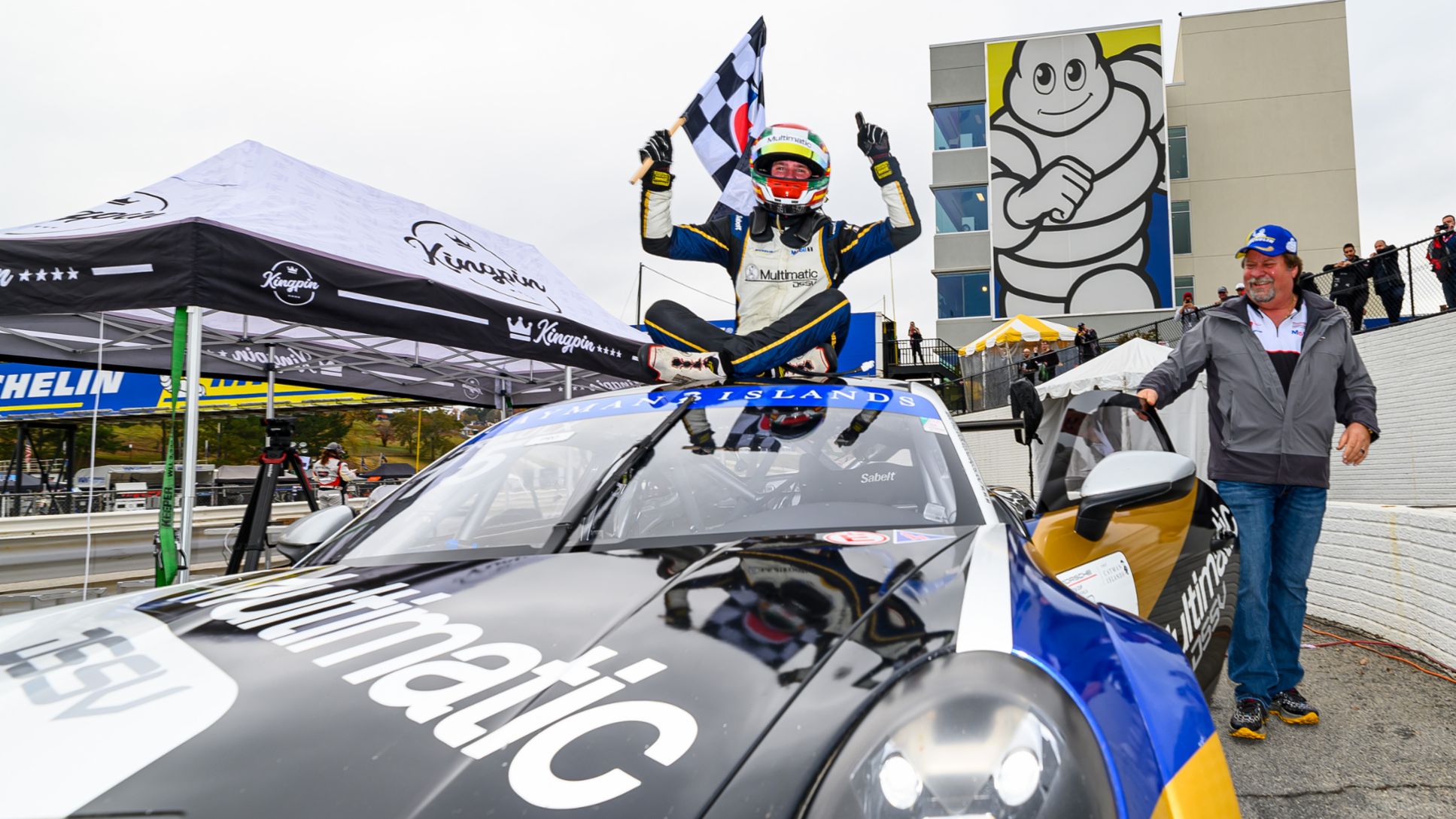 The Porsche Carrera Cup North America Presented by the Cayman Islands will conclude its inaugural season with an awards-filled championship banquet at Michelin Raceway Road Atlanta, Friday, November 12. The crowning of a champion in each of the premier one-make classes will be the headline moment of an evening meant to celebrate the entirety of the paddock. Using the Porsche 911 GT3 Cup race car – both the current top-level type 992 and previous generation type 991.2 – 40 unique driver/car combinations have raced in the 16-round championship in its first year. Eight trophies will be awarded including The Al Holbert Cup for the overall winner of the Porsche Carrera Cup North America Presented by the Cayman Islands and The Caymankind Award for each class champion. SP Tools will recognize the top group of technicians with the Mechanic Team of the Year Award. Michelin will honor champions and teams alike with The Michelin Guide Champion Experience and Michelin All Hands Team Award. The international Carrera Cup tire partner will also recognize the driver who has won the most races, regardless of class, over the course of the season with The Michelin Checkered Flag Award. In addition, Porsche will award over $100,000 USD in total prize money and parts credits.

The Al Holbert Cup has been created in recognition of Holbert’s commitment, inspiration and leadership in the formation and organization of Porsche motorsports in North America. The silver cup carrying his name has been crafted as a timeless and traditional trophy to commemorate each Pro class champion of the Porsche Carrera Cup North America Presented by the Cayman Islands starting with this inaugural season. The Al Holbert Cup will be engraved each year with the champion’s name and year of the championship. This original cup will be on display at Porsche Motorsport North American (PMNA) headquarters in Carson, California. A replica trophy will be presented to the champion as their tangible reminder of their milestone season. This award recognizes the true racing spirit of Al Holbert conveying his professional driver’s skill, engineer’s precision and a gentleman racer’s passion. A true link between the past, present and future of Porsche. 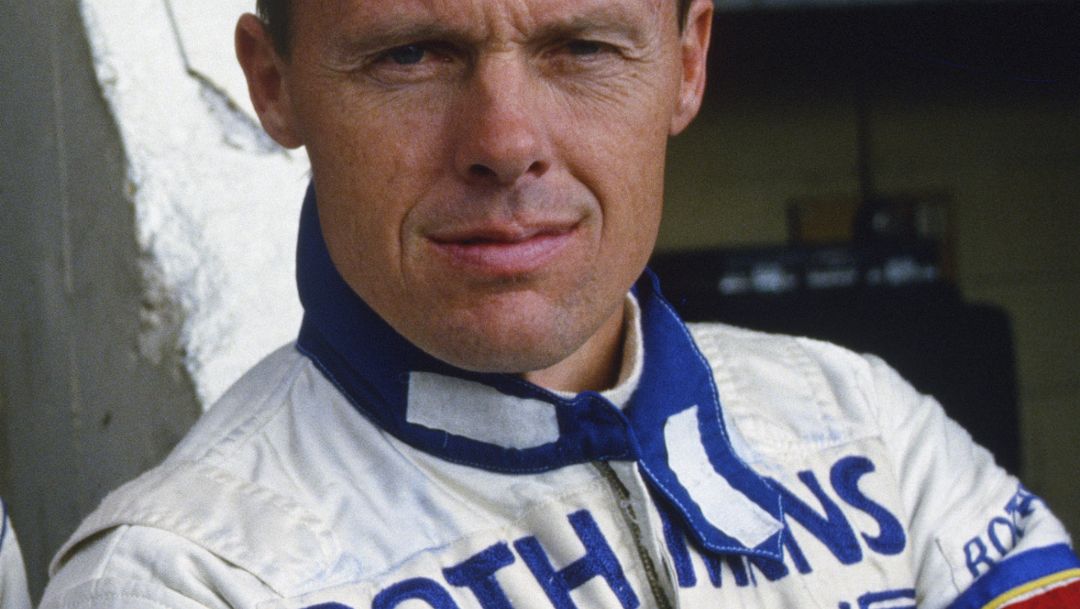 A storied racer and one of the all-time leaders in IMSA race victories (63) and pole positions (27), Al Holbert was a consummate engineer-racer. The Warrington, Pennsylvania-native earned three 24 Hour of Le Mans overall titles as well as two Rolex 24 At Daytona and Mobil 1 Twelve Hours of Sebring victories racing with Porsche. He became synonymous with the brand and became an intricate part of IMSA racing in the 1980s. Through his skills as a driver, owner and businessman the wildly popular No. 14 Holbert Racing Porsche 962 prototypes remain iconic today. As the first Director of Motorsports for Porsche North America – today’s equivalent position to PMNA president and CEO – Holbert outlined the future of the German sports car manufacturer’s North American racing endeavors. He guided the brand to a fulltime foray in Indy car racing and managed its position as a sports car juggernaut. While tragically killed on September 30, 1988 in a private plane crash, Al Holbert’s vision for the marque in the United States and Canada lives on. Following his path, the Porsche Motorsport North America Pyramid continues to allow drivers, teams and partners to climb the ranks from novice to club racer and one make champion to ultimately ascend, beginning in 2023, to prototype racing against full factory efforts at Daytona, Sebring and Le Mans all behind the wheel of a Porsche.

The Cayman Islands Department of Tourism (CIDOT), in coordination with Kimpton Seafire Resort + Spa and Porsche Motorsport North America (PMNA), will provide the first champion in each class – Pro, Pro-Am and Pro-Am 991 – with the opportunity to experience firsthand the Cayman Islands culture shared by residents of the three islands known as “Caymankind”. The season-long championship driver in each of the categories will receive four nights for themselves and a guest at the Kimpton Seafire Resort + Spa, round trip transportation, airport/hotel transfers as well as a special excursion to Grand Cayman’s iconic Stingray City

The Seafire Resort + Spa, the Kimpton’s first luxury property and Caribbean hotel, is a design-driven resort, evoking the island’s past, present and future, incorporating both classic British colonial touches and up-to-the-minute technologically savvy elements. Cayman’s natural bright botanical color palette is layered upon calm, sandy weathered woods and stone throughout the resort, creating rich contrasts. Kimpton Seafire is a restaurant mecca on island – truly a dining destination in and of itself for culinary-minded locals and hotel guests alike. At the helm of the culinary team is Chef Massimo De Francesca, a longtime Kimpton veteran who has spent considerable time in some of the most popular kitchens in Grand Cayman.

Drivers and their guests will be able to enjoy the Seafire’s exceptional spa, which boasts the island’s first Hammam and a quartz sand table for treatments, including a Caymanian Nap. The majority of Kimpton Seafire’s 264 guestrooms and suites offer ocean views through floor-to-ceiling windows, and all have private balconies. The property’s beach facilities span nearly 500 feet along Seven Mile Beach, with varied and abundant seating areas on the beach, overlooking the grounds and poolside with a selection of cabanas and beach furniture. The resort’s main pool is large, family friendly and surrounded by lush local foliage, lounge chairs and private cabanas.

The champions of each class will be recognized with both The Michelin Guide Champion Experience and a guest and the Michelin All Hands Team Award recognizing the men and women behind the scenes. Porsche Carrera Cup North America class champions receive an exclusive Michelin Guide experience, featuring attendance for two at the 2022 Michelin Star Reveal event in either New York, Chicago, California or Washington D.C.  The award includes transportation, hotel and dinner at a restaurant featured in the Michelin Guide in the select city.

The Michelin All Hands Team Award acknowledges championship teams in each class for their team efforts in driving success. and is intended to recognize team members for outstanding overall program performance.  The reward will be three sets of passenger car or light truck tires to be provided to and distributed to team members by team owner.

The season-end award recognizes the men and women whose skills keep the Porsche 911 GT3 Cup race cars on track throughout the season. Unlike other year-long awards which celebrate a single technician, The SP Tools Mechanic Team of the Year Award, will recognize the full-team effort required to provide a championship-caliber program in the Porsche Carrera Cup North America Presented by the Cayman Islands.

The recipient of the SP Tools Mechanic Team of the Year Award will receive the company’s 59-inch, 13-drawer USA Sumo Series Wide Roller Cabinet and Wide Power Top Hutch storage solution. In addition, SP Tools USA has assembled a special tool kit for the Porsche 911 GT3 Cup race car. This kit of hand and specialty tools with specific uses working on the German race car, will also be awarded to the winning team.

SP Tools has been at the forefront of design and manufacturing for over 40-years. Today, Cutting Edge Automotive Solutions is the exclusive distributor of SP Tools, dba SP Tools USA, in the United States maintaining SP’s mission statement of “Manufactured for the Professional”.

Comments at the awards.

“The Porsche Carrera Cup North America Presented by the Cayman Islands is an elite championship. That requires an elite awards package for our three champions. It is clear what our partners are offering is among the leading motorsport award purses in the world. The Cayman Islands Department of Tourism, the Kimpton Seafire Resort and Spa, Michelin, TAG Heuer and SP Tools USA are rewarding our champions and inspiring participation in what has become, in only its first year, the premier one-make series in North America and among the top in the world. We are proud of the series we have built with our partners and our race teams. We shall look forward to crowning our champions in Atlanta and preparing for even more in 2022.”

“Porsche Carrera Cup North America Presented by the Cayman Islands has been an action-packed adventure this season, and we couldn’t be more honored to host our three deserving champions on-island. The Porsche Carrera Cup winners will be treated to a four-night stay at the beautiful, five-star Kimpton Seafire Resort + Spa, roundtrip airfare and transportation, as well as iconic Cayman attractions like a trip to Stingray City and a culinary experience at one of our esteemed restaurants. We are eager to celebrate these winning drivers and their guests with Caymankindness.”

“We are honored to participate as the host hotel for the season-long championship drivers of the Porsche Carrera Cup North America Presented by the Cayman Islands. Our beautiful resort is an oceanfront paradise that delivers the perfect balance between luxury and authenticity – and we can’t wait to welcome these champions to paradise.”

“Michelin is proud to not only be a partner in the first season of the Porsche Carrera Cup North America series, but also our long-term global partnership with Porsche on the street and at the track. We congratulate Porsche Motorsports and thank the teams, managers, crews and drivers for their collaboration and trust in Michelin to provide the performance and service they expect. We are happy to recognize the championship drivers and teams with a uniquely Michelin award through this contingency program.”

“Sponsoring the Mechanic Team of The Year award is a tremendous honor for us and a perfect opportunity to recognize the unsung heroes of the track, the mechanics. Even the fastest driver cannot win without a good mechanic, and we will recognize the best of the best this year." 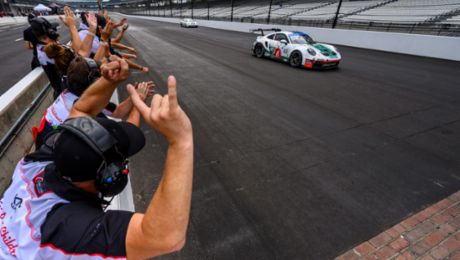