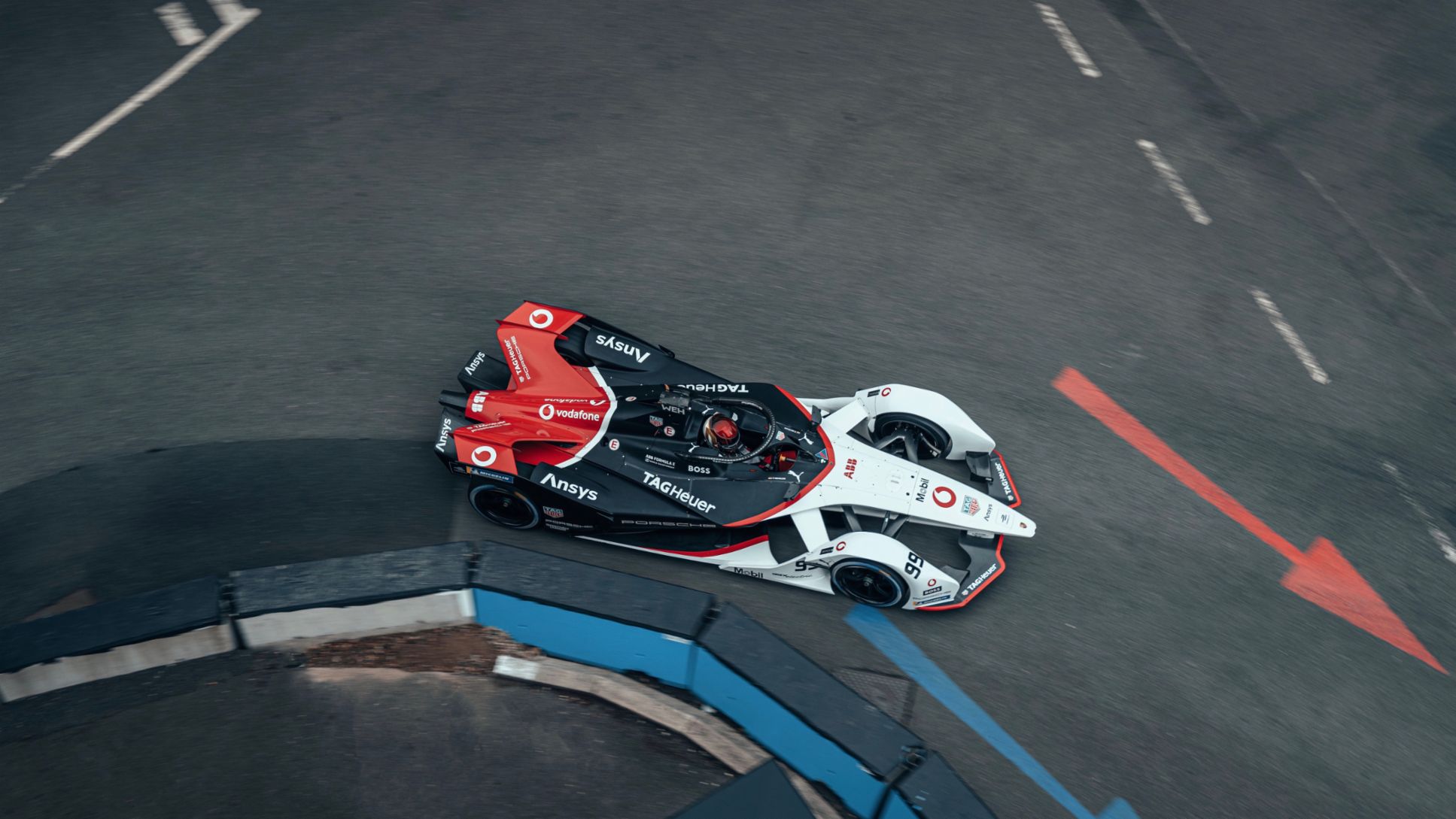 Porsche eyes title chance as it heads to season finale

The preview: Q&A on the Berlin E-Prix

It promises to be the most gripping season finale in Formula E history – because on the Tempelhof Airport Street Circuit, no less than 18 drivers will have a chance to claim the title. Pascal Wehrlein (GER) from the TAG Heuer Porsche Formula E Team still has a shot in the title chase with the Porsche 99X Electric at his home race: ranking 11th in the drivers’ classification, he sits just 24 points behind the championship leader – and in Berlin, up to 60 points (30 per race day) are up for grabs.

The city on the Spree River is the perfect venue for the final showdown of the first official Formula E World Championship. It is the only location where the innovative racing series has been contested every year since its first 2014/2015 season. Drivers and teams can also look forward to a premiere: for the first time, two races on different track configurations will be held over one Formula E weekend. Berlin is also worth a visit for fans this year – up to 5,500 spectators per race can witness the title decision live from the grandstands.

The TAG Heuer Porsche Formula E Team aims to finish its second Formula E season on a high in the German capital with Pascal Wehrlein and André Lotterer (GER) driving their Porsche 99X Electric racers. “Anything is possible at this finale,” says Amiel Lindesay, Head of Operations Formula E. “We want to produce the best result of the season in Berlin and redeem positions as high up the ladder as possible in the world championship.”

What experiences and insights will you take with you from this season to the final races in Berlin?

“As a team, we’re a lot stronger than we were 12 months ago. We’ve worked hard to continue improving. We scored points recently, and we’ve shown that we can deal with tricky situations well. Quali let us down slightly but we stayed positive knowing we have the car and the team to consistently run at the front. The competition in the world championship is tough and a fraction of a second in qualifying or a small mistake in the race can cost a podium. In Berlin, we want to make full use of our potential.”

How do you assess the current situation in the world championship? Does Pascal still have a chance to win the title as the best-placed Porsche driver?

In theory, 18 drivers still have the chance to become world champion, and Pascal is one of them. He’s within striking distance of the top and can secure a good grid position for the first race in the quali’ group two. If he can do this, anything’s possible. It’ll definitely be an exciting final!”

Instead of the usual doubleheader, two races will be held in Berlin on two different track layouts. How does this affect the preparation and the race?

“Racing on two different layouts basically means twice the usual pre-race preparation. However, the track layouts are the same as in season 6, which suits us obviously. We did some intensive preparation work in the simulator and we were able to access real data. Actually, this is only the second time we’ve returned to a course that we’ve already driven. The different layouts make the races a really exciting package for the fans. Berlin will be a real showdown to conclude a great season.”

What are your expectations for the season finale?

“We want to move up the championship standings to merit where we should be at the end of the first Formula E World Championship season. We had a lot of good opportunities to score points. We should be much higher up than we currently are. Now we want to gain a few positions. That’s our goal in Berlin.”

You climbed the podium in Berlin last year. How excited are you about returning?

“As a German team, obviously the races in Berlin are the most important of the year. I was on the podium last season and if we get everything right, we’ll definitely have a good chance of repeating that success. It would be even better, of course, to celebrate our first victory in Berlin.”

How have things improved compared to last year?

“We’ve gained a wealth of experience this season and have grown as a team. As a result, we’re competing under completely different and better conditions this time. We have the potential to win races and that’s our goal for Berlin.”

The thrilling title chase will go down to the wire at the season finale. How do you rate your chances and what makes a home race so special?

“The fact that we’re still within striking distance of the front on the last race weekend is a success in itself. But we want more. We’re certainly not the favourites in the fight for the title, but with two strong races, a lot is possible. In any case, we’ll do our absolute best to ensure that we make a decent leap up the points table. To compete in Germany and particularly in front of home crowds is exactly the right motivation.”

In Berlin, the first race goes in one direction, and the second race in the other direction. Will this take some getting used to?

“That’s quite a challenge. I drove one of the track layouts two years ago, the other one is new to me. Still, I think I can quickly familiarise myself with the track and be strong on both days. We’ve driven both layouts in the simulator. We worked on a baseline setup and we prepared for effective energy management.”

Formula E is always good for a surprise, and the season finale in Berlin is no exception: on the 2.355-kilometre Tempelhof Airport Street Course, race 14 on Saturday will be contested on the original layout, with race 15 on Sunday running in the opposite direction. “The course is not particularly exciting. It’s very flat, most of the 10 corners are long and sweeping, and the asphalt feels almost like it’s cobblestone. That means there’s not a lot of grip,” says Pascal Wehrlein. André Lotterer adds: “I know both track layouts from last season. They’re very special and the asphalt temperatures are likely to be very high. So, we’re allowed to use two sets of tyres for each race.”

The worldwide broadcasting schedule of the Formula E event in Berlin is available via https://www.fiaformulae.com/watch/ways-to-watch.

The first photos from Berlin are available on the Porsche Press Database on 13 August. Comments from the Head of Operations Formula E and drivers will be included in the race reports on 14 August (race 14) and 15 August (race 15). Further information about the TAG Heuer Porsche Formula E Team will be posted live on the Twitter channel @PorscheFormulaE. All relevant information about the team, the drivers and the racing series can be found in the Porsche Formula E Media Guide Porsche Formel E Media Guide. The content will be regularly updated over the course of the season and expanded with additional interactive material.