The Porsche Tennis Grand Prix is taking a big step into the multimedia future. As the 44th edition of the long-standing tournament in Stuttgart’s Porsche Arena will have to be held without spectators due to the coronavirus pandemic, a lot of effort is going into expanding the service for tennis fans on television and online with innovative ideas. For the first time ever, every match will be broadcast live on the tournament website. Tennis enthusiasts also have the opportunity to experience the world class tournament, which will take place from April 17-25, via new interactive services from a wide variety of perspectives on social media and the event’s other digital channels.

“Together with Porsche and its partners, we have been going to great lengths for months now to ensure the Porsche Tennis Grand Prix can be held even in these times. We therefore want to spread a sense of optimism and return to a sense of normality with everybody,” says Tournament Director Markus Günthardt. The entries of numerous top players, including Ashleigh Barty as the world number one and Naomi Osaka as the reigning Australian Open champion, has boosted the organizers’ optimism. 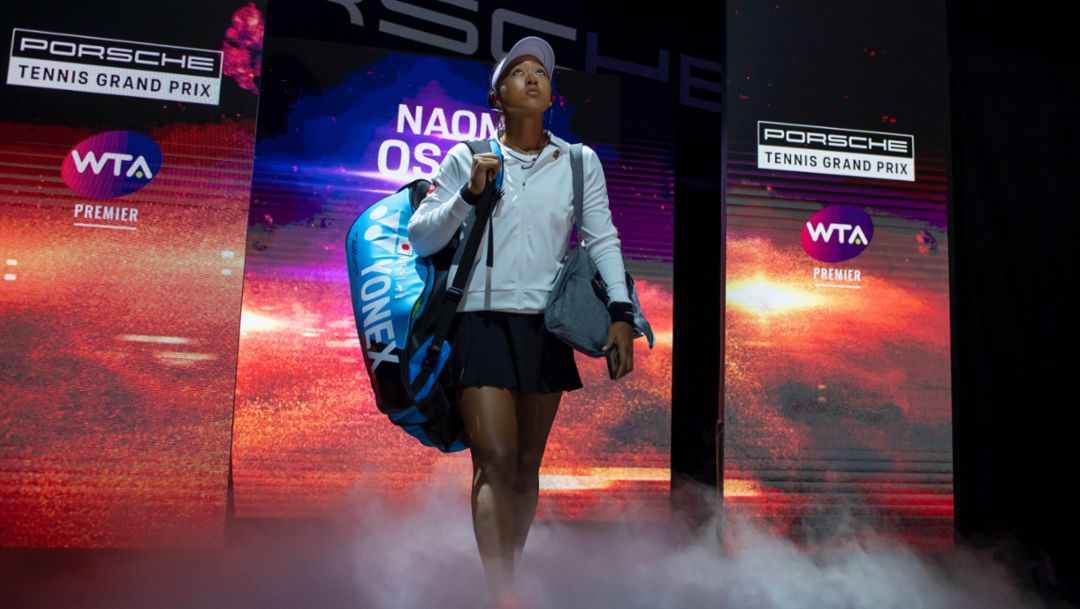 The world’s top players will be competing at the Porsche Tennis Grand Prix from April 17-25.

However, due to the ongoing pandemic situation, it has now been decided to hold the tournament this year without spectators. “After consulting with the local authorities and the WTA, we have had to reluctantly take this decision as the safety of all the stakeholders is the upmost priority,” continues Markus Günthardt. Nobody can reliably predict that the pandemic situation will see a fundamental improvement in April and that major indoor events will then be possible with spectators. “In making the decision, we are giving our partners and all the stakeholders planning reliability. We also don’t want to keep our faithful audience on tenterhooks any longer.”

A wide range of live services on many channels

The tennis fans will nevertheless still get full value for money. With a widely expanded range of multimedia services offsetting the on-site experience in the Porsche Arena that is not possible this year, they should nevertheless be able to be a part of the tournament to the largest possible degree. Alongside the increased number of live broadcasts of the matches on DAZN, all the singles matches will be streamed live with commentary on porsche-tennis.com  Internationally, Porsche Tennis Grand Prix will be televised in over 100 countries.

New this year are also the expanded interactive services for the fans. They can be their own TV director when watching the online broadcasts as they will be able to choose from a variety of camera positions and therefore experience tennis from totally new and unusual perspectives. Highly interesting for tennis enthusiasts all around the globe is the even more intensive international coverage on the Porsche Tennis Grand Prix’s social media channels. At the same time, there will be a reunion with a former Stuttgart winner: Porsche Brand Ambassador Julia Görges, who made her breakthrough when winning the tournament in 2011, will chat to her former fellow players thus giving viewers many interesting behind the scenes insights.

“We’ve come up with a lot of new ideas so that our fans won’t be left out of this special Porsche Tennis Grand Prix,” says Markus Günthardt. “Our wide-ranging services provide a virtual but nevertheless distinct and emotional tournament experience.”

Porsche has been sponsoring the Porsche Tennis Grand Prix ever since 1978 and has also been the organizer since 2002. The tournament in Stuttgart’s Porsche Arena was voted by the players as their favorite event in its category once again in 2019. Within the scope of its global partnership with the Women’s Tennis Association (WTA), Porsche is also the title partner of the “Porsche Race to Shenzhen,” the official qualifying ranking for the Shiseido WTA Finals. The Stuttgart-based sports car manufacturer is also the exclusive automotive partner of the WTA as well as the WTA Finals, and this year the WTA tournaments in Lyon and St. Petersburg. As a premium partner of the “Deutsche Tennis Bund” (DTB – German Tennis Association), the company supports Porsche Team Germany in the Billie Jean King Cup (formerly the Fed Cup) and fosters up-and-coming players in the Porsche Talent Team and the Porsche Junior Team. Angelique Kerber, Julia Görges and Maria Sharapova give Porsche a face in tennis as Brand Ambassadors. 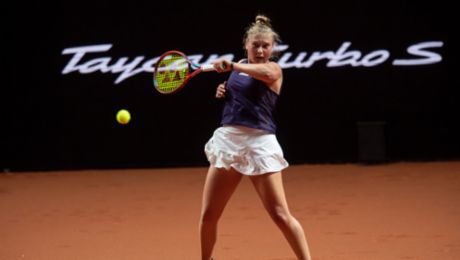