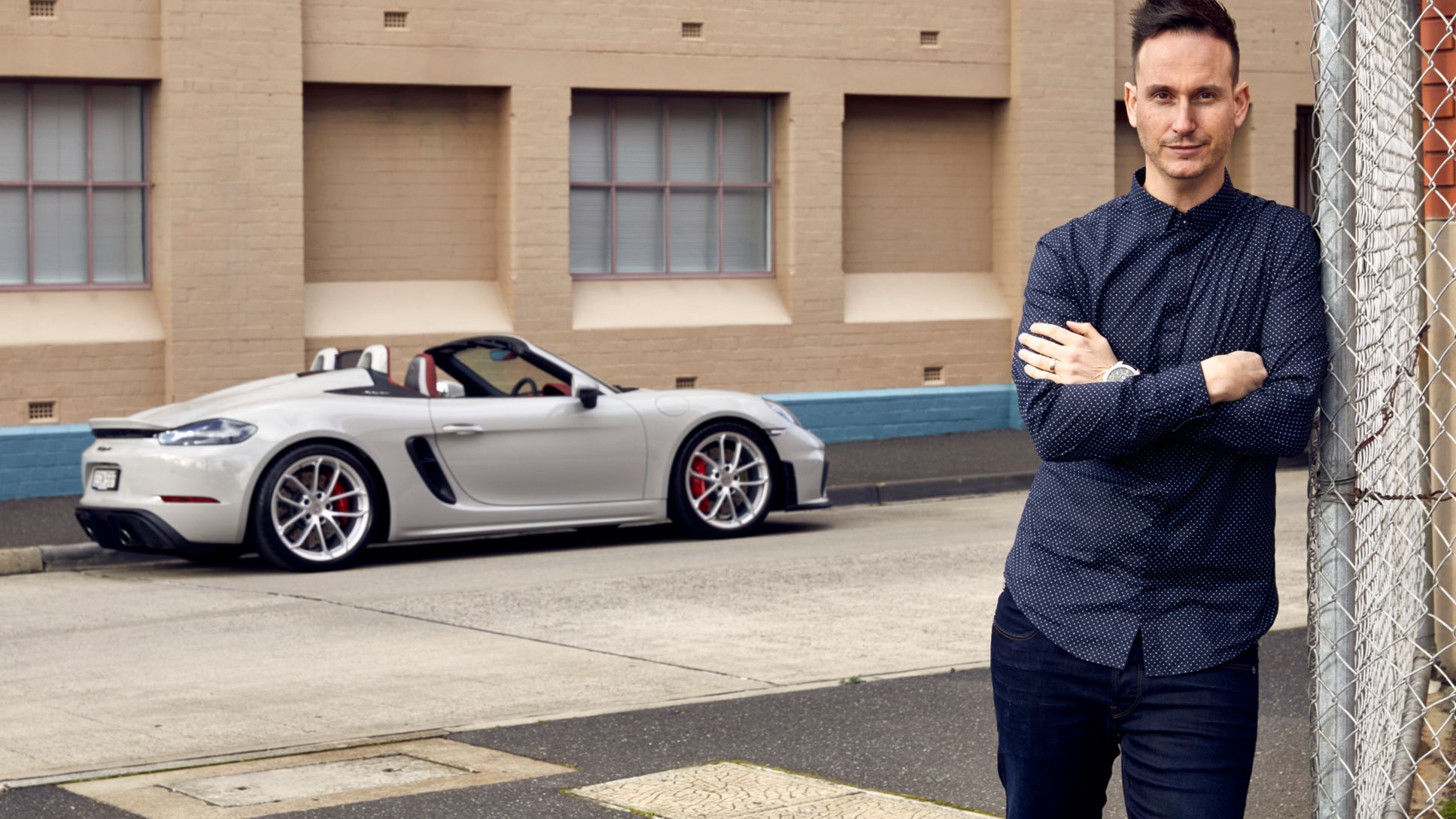 From Engine Roar to Dancefloor Tunes

As a producer, instrumentalist and DJ, Gene Shill is inspired by the sounds of Porsche cars. He takes raw sounds and translates them into musical harmony and rhythm. The end result is dancefloor tunes inspired by, and made from, the sound of a Porsche.

Any Porsche aficionado knows the sound of a 911 starting up or driving past. When that happens some knowingly smile, others turn their heads in the direction the car is coming from. There is something about that distinctive engine note of a Porsche.

Watching the Carrera Cup Asia races at the 2010 Singapore Grand Prix, Shill realised that the 911 GT3 Cup cars really are music to the ears.

“Craig Baird was racing Carrera Cup Asia and from where I was sitting, the sound of the cars was reverberating off the walls and the water," said Shill.

"That’s when I started to capture the sounds on my phone and then put them into the digital audio work station to cut into samples.”

The Esplanade sequence of the track offered an incredible place to hear the great echo of the engine note. Shill discovered that, if modified, the note would be musical, and converted the frequency of the engine sound to a musical note.

Like a musical alchemist, Shill started amalgamating sampled audio and ambient textures, such as sounds in pit lane and crowd sounds.

“Then I’ll think about the harmony and the context as well. You have the sample and the context, and then you put the two together in building the textures, so it’s still recognisable, although it may at first not sound like a Porsche, it is a Porsche. That is a big thing.”

Shill has worked for and released music with some of the biggest recording studios in the world. He has toured with and written music for some of the largest names in the business including Kanye West, Simply Red, Katy Perry and Cirque Du Soleil as well as numerous Australian pop stars.

“Composing a track is such a unique experience. Like every singer, every race track or every driver could have their own unique song, because of the way they drive and the sounds that are produced by the car as a result of a track layout or driver behaviour.”

“When I told a couple of friends what I was mixing up after the Grand Prix in Singapore they thought I was crazy.”

“But when we talk about dynamics in music, there is obviously also dynamics in the car like chassis dynamics, track dynamics, how you approach things. You can almost use the accelerator like a crescendo or diminuendo that gets louder or softer, not to mention it also changes pitch."

“Every singer in the world has their own sound, so do cars, especially Porsche.” Dr Gene Shill

“The synergies seem so apparent to the point where I think in the future — and this is probably a little bit out there — but if you figure out that perfect lap and record it, then it’s possible for a driver to get to a point where they use the audio as a tool to replicate the lap as opposed to just feeling it.

“So if you nail the lap and listen to it on repeat, then I believe this kind of repetition may be a new way of thinking about how we can use the sound as a musical tool. It may contribute to reshaping our approach by using more audio-based resources to achieve successful and consistent results. I think that’s an interesting concept.”

“For me there is no other car, no other manufacturer with a sound like that. I’ve tried and sampled others, but they can’t compare.”

Click below to listen to a few examples of Gene's work. 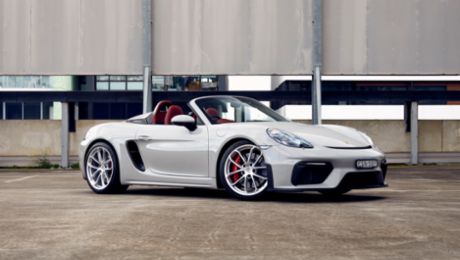 Product Highlights: Hungry for every curve – The 718 Spyder

The Porsche 718 Spyder is a particularly emotional and powerful model, sitting atop the 718 model series alongside the Cayman GT4 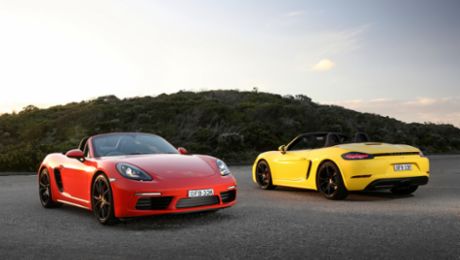 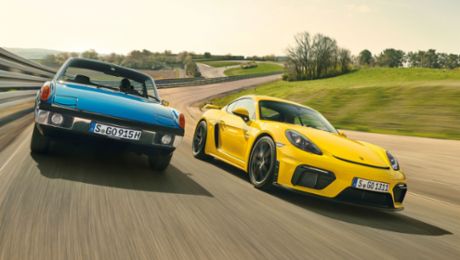