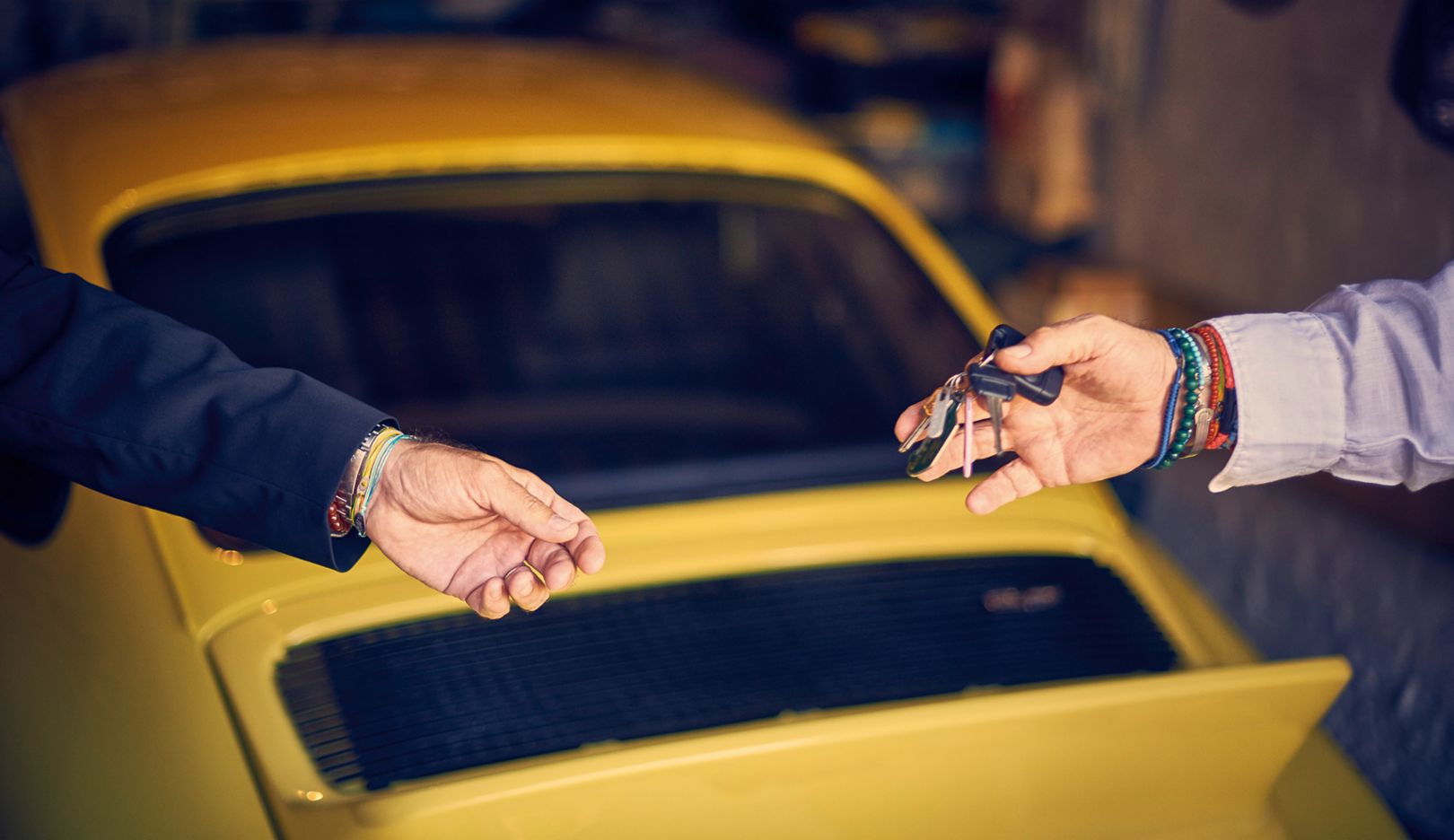 “Material things are not a value in themselves. The only thing that matters in life is our experiences.” Arie Fabian

“‘I will never sit in a yellow Porsche’, I said to Abba when I saw the 911 for the first time... Well, I quickly changed my mind when I drove it for a few kilometres.” Arie Fabian puts his arm around his Abba (it's Hebrew for 'father') and holds him tight. His father, Jeff, smiles gently and replies: “The car is a real work of art, a Picasso of motor sports.”

This yellow Picasso car being talked about here is a 1974 911 Carrera S Coupé, which has been owned by the Fabians for a good nine years. It was purchased by Arie’s father Jeff, who was born in 1946 and wears a mechanical wristwatch from that same year. A gift to his son Arie, who was born in 1974 and who wears a mechanical wristwatch from that year, he now drives the Porsche made in 1974 – an automotive work of art. But the Fabians are not about symbolism, but about meaning. Not about value, but about values. Arie: “Tradition is everything. My father is a role model for all my values.” Father Jeff expresses it with a wink: “I was never one of the crowd. If everyone marched to the right, I'd turn left.”

The family's own path has always shaped Arie, who grew up as part of a third-generation fashion dynasty. His Jewish grandmother emigrated from East Prussia shortly before the second world war broke out and sailed to South Africa on one of the last ships out. In Cape Town, she opened a small clothing store in the then multi-ethnic centre of the city, District Six. Her son Jeff lost his father at the age of nine and, at the age of 16, against his mother’s wishes, founded his own fashion store in one of Cape Town's best areas – a bold move at the height of apartheid when South Africa was subject to worldwide sanctions. On a shopping trip to Italy in 1978, where he visited the legendary fashion brands of the time, his hosts always mistakenly addressed Mr Fabian as Mr Fabiani – this was the birth of the Fabiani brand; at the time it was one of a handful of clothing retailers in South Africa offering brands such as Giorgio Armani, Ermenegildo Zegna and Hugo Boss.

Jeff’s son Arie was born into this fashion dynasty in 1974. At the age of 20 his father sent him to Germany for further training. “Abba knew Werner Baldessarini well, who was at that time Creative Director and CEO of Hugo Boss,” says Arie. The educational trip proved to be a stroke of luck. In his first month at the brand's Munich Holy's store, Arie was the most successful of the 25 salespeople. “I only spoke broken German and was by no means better than others, but I was open in my approach to people.” This approach helped when Tommy Hilfiger, whom Arie did not know, entered the shop and Arie sold him goods worth 40,000 German marks after a guided tour through all floors. “Today, that would be called a successful customer journey,” he says.

Arie’s stopovers after his time in Munich included Metzingen, Los Angeles and New York. “Boss let me unleash my sales talent, but also allowed me to organise fashion shows and photo shoots for campaigns and VIPs,” he says. In addition, he gained deep insights into brand management, which still shape him today. “Everything that the Boss brand did at the time, it did right. Boss was emotion.”

In continuous discussions with his father at home in South Africa, Arie recalls, it became clear: “We sell other brands, but have no control over them. Self-determination is only possible with our own brand.” Arie returned to Cape Town, took up the position of Managing Director and within a decade built Fabiani into South Africa's leading luxury men's tailor. “We were in the same league as the brands we sold in our shops: Prada, Armani and even Hugo Boss,” he says. During the expansion, it was important to him to open each individual shop personally and to train the entire sales team personally. You could also say: it was important to him never to lose his grip.

And because in a family dynasty, the present generation naturally goes its own way, Arie initiated the sale of the Fabiani brand to the Foschini Group in 2011 at the height of the Fabiani brand. Although for his father Jeff it “almost broke his heart”, he let his son go his own way, to make a left turn: “I always had two mottos in my life: ‘My way’ and ‘I’ll fly you to the moon’. That's exactly what Arie took to heart in this case.” Arie Fabian, who played a key role in the transformation of the Foschini Group from a trading company to a brand holding company with dynamic growth in the years following the sale, subsequently founded his own investment and brand consulting firm with Paragon Capital Partners. “And many of my contacts now are customers from our Fabiani businesses.”

Today, father and son no longer see each other at the headquarters of the family business, but mostly when Arie picks up the Porsche of his year of birth in his father’s garage to take it for a drive. “I loved to drive the car in everyday life," says Arie. "But I live in the seaside suburb of Clifton. The sea breeze is no good for the 911.” It is in good hands with his father Jeff, because Fabian senior describes himself as a “car fanatic with a pronounced passion for collecting classic vehicles”. He does not want to say more about his collection, only that it is kept in a garage far away. His garage at home is reserved for the 911 S Coupé.

Although Arie didn't inherit this “car maniac gene”, he doesn't see the Porsche of his birth year with any less emotion: “My father has petrol in his blood, I'm a brand fan. A Porsche naturally conveys feelings while driving. But it goes beyond that. I see the Porsche brand as inspiring, sexy and successful. Porsche is also pure emotion off the beaten track! Even as a six-year-old I found the shape unique and drew a Porsche pulling a caravan and told my father that I dreamt of driving a Porsche and being independent. About 30 years later Abba gave me this 911. It symbolises our common history and our unique bond in such a special way. When I drive this 911, I feel everything I have experienced.” 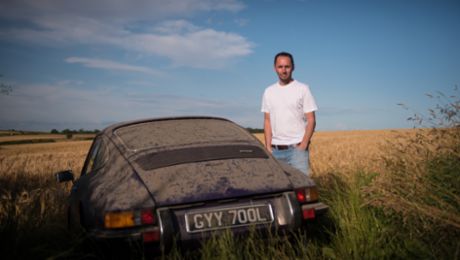