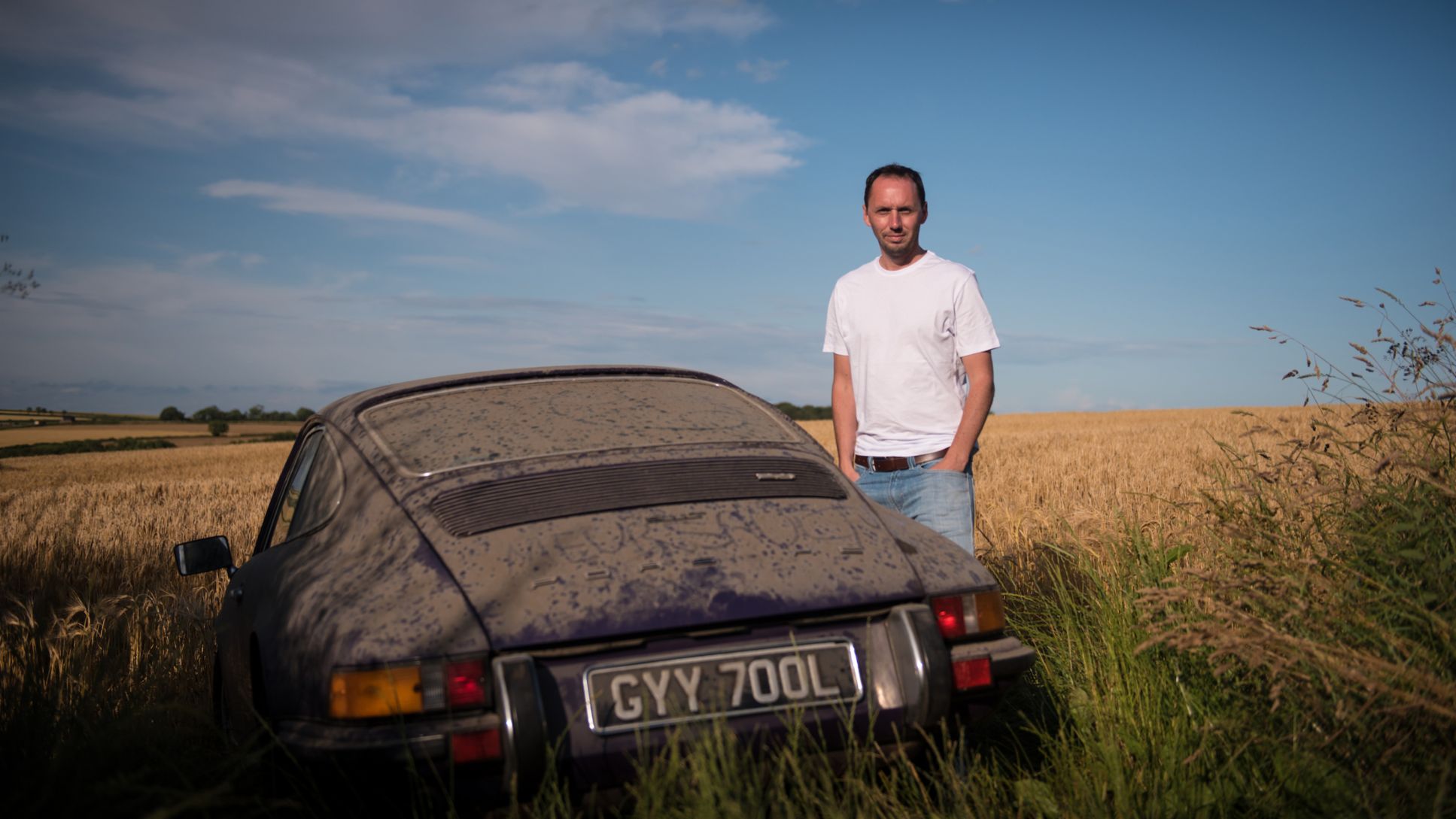 After a long time Graham fulfilled his dream of owning a 911. But when he had to go abroad to work, his 911 T built in 1969 was left behind. Read a story that shows: Old love does not rust.

The year is 1967 and Porsche have just taken the wraps off the new entry level 911 - the T. The philosophy is simple, take a 911 and remove a few options to make the car more puristic than any other 911 on sale. This is the car that allowed so many to be able to realise a dream - getting behind the wheel of a Porsche 911. For £2,110, you could whisk to 100km/h in 10 seconds with your wife in the passenger seat and darling children in the back, all wearing seatbelts and a smile. 123bhp is modest, as is the 1020-kilogram curb weight. The T was built to be used and enjoyed.

Fast-forward 30 years to the early Noughties and meet the main protagonist of this story, Graham. Like many, Graham’s fascination for Porsches sprouted at a young age. As a 10-year-old, he would see a bronze 911 parked on Hampstead High Street every morning; he knew instantly that he had to have one. As he focused on his career, Graham slept, worked, looked at 911s for sale and slept again. On a rare weekend upon which he had been granted the privilege of a day off following a win at work, Graham perused the classifieds and spotted a 911 that looked ideal, it was not in London but in the Netherlands. His housemate convinced him to head over just to have a closer look. Pulling into the garage, returning from a test-drive, Graham was sold, it had to be his. Back in London, he wired the money that he had been given from his family to buy a house over to the seller with no idea of the condition, provenance or even that it was a T. The £2,110 car was his for €21,000.

Having returned to collect the car, driven it home and had it registered, it became Graham's daily driver for almost four years. That being said, the purple 911, saw more than just the congestion chocked London streets. The 911 T travelled to and from Europe on pleasure drives on a number of occasions - most memorable was a drive across The Continent into Italy with his father up front and his mother and girlfriend at the time in the back seats. Back home, Graham’s pride and joy went to dozens of shows including Goodwood, Classics at the Castle and many  meets at Ace Cafe.

Graham and the 911 T were inseparable for years, until he was told he would need to move to the UAE for what he thought would be one or two years. After one last mega drive over the Alps and back, the car was left in a car park and checked upon every few weeks by friends and family in the area.

The 911 T that brought spread so much happiness and pleasure, sat alone gathering dust. One year become two, two became five, five became ten. The tires deflated, the thickness of the dust layer grew. The plan was never to leave the car stagnant for 10 years, but it happened and this is where a rather significant statistic comes in to play, perhaps one of the most impressive attributed to the 911. 70 percent of all 911s that ever left the Zuffenhausen factory are still in existing to this day. It was time for this 911 to be part of that stat once more.

Porsche specialist, Tower Porsche, had looked after the car before, helping to tidy up bits here and top up fluids there. The garage owner, John, was called and went to the London Bridge parking garage to assess the situation. They key was turned, nothing. Obviously, the tires had long surpassed their expiry date and it seemed that the battery was also ready to be consigned to the junkyard. New Michelins, fresh battery and a few chokes later, the 911 T was breathing once more.

10 years of cobwebs, dust and grime remained, but all under the hood was original and running its own power. The timing was a little out and a fuel line a little worn. A couple of hours in the work shop for a new fuel line, quick retune and a single plastic cable tie on the alternator, had the 50-year-old car back on fine form. To celebrate, Graham took the car the two hour pilgrimage down to The Goodwood Festival of Speed 2019, a journey the car as familiar with, but one to had not complete in well over a decade. Caked in dust and dirt, it was a sight to behold in the car park and turned heads and camera phones in abundance.

It was at Goodwood that we hatched a plan to unite the original 911 T with the latest iteration, the 991 Carrera T. A couple of weeks later, the idea was realised and the two 911 T were bought together, looking tremendous along side one another on the greatest roads that the Yorkshire Dales had of offer us.

Swapping cars and enjoying the deserted morning roads was unlike any road trip Graham had been on before. The two cars, born 50 years apart felt very different, but the fundamental ethos are shared. 911s that are not about power, speed or numbers, but cars that are built to be enjoyed, to flatter drivers and draw smiles to everyone lucky enough to be able to make memories in them. Rain or shine, old or new, the 911 is still the sports car to have and it is amazing to know that over the decades.

The mind boggles at the notion that a car from 1969 that was 30 years old at the time was left idle for a decade and needed such little attention to be back on the road - what a special machine. May it continue to warm hearts for decades to come. 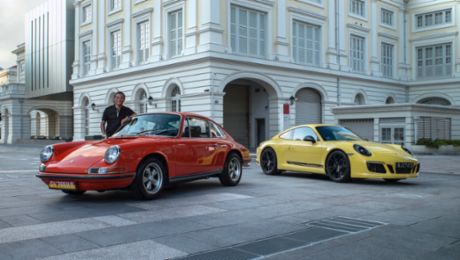 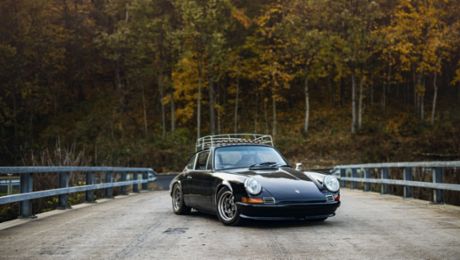 Kris Clewell opted to restore his 1972 911 T in a revolutionary new way. 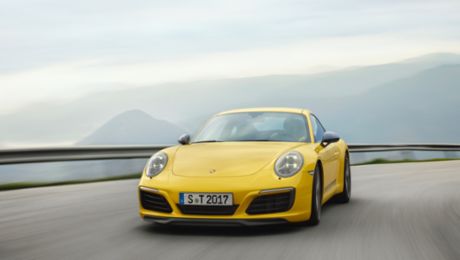