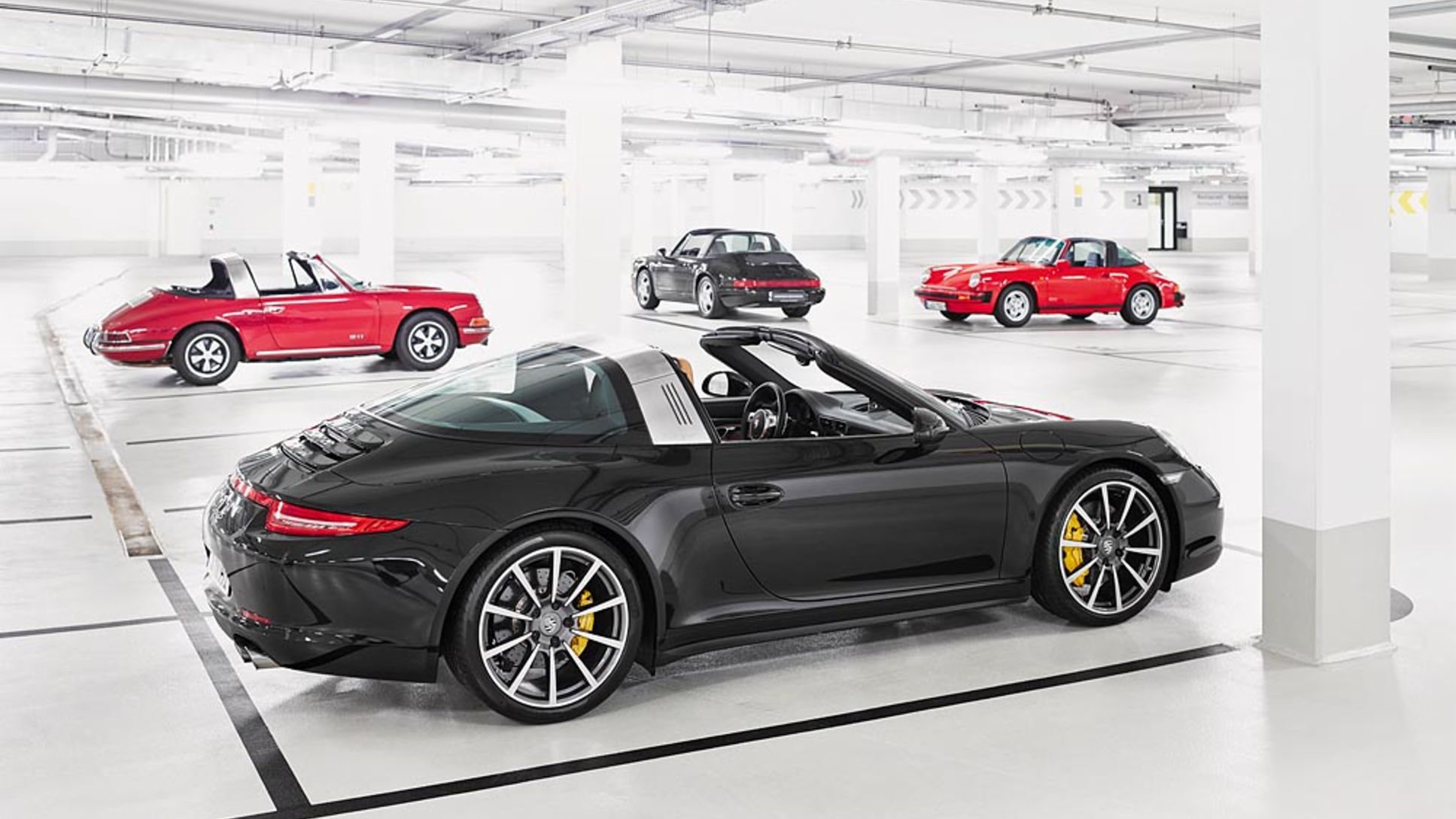 When signs appeared that convertibles without roll-over protection bars would no longer be approved in the U.S. market, Porsche showed courage and creativity.

When Porsche designed the 911, no one doubted in the least that there should also be an open version of the 356 successor. After all, at the time of the development of the 911, the share of turnover generated by the convertible was around 17 percent. However, there were signs at the time that convertibles without roll-over protection bars would no longer be approved in the U.S. market that was so important to Porsche.

This called for the development of a completely new safety concept for convertibles. Various ideas for this innovative construction were discussed. Freedom of design for a fold-away roof was constrained, however, since the concrete planning of a cabriolet took shape only at a point in time at which the construction of the 901 Coupé was already well advanced. In the end, three designs were pursued: A conventional cabriolet with full convertible top, which should disappear as far as possible after folding. A model with removable top cover; the supports should be foldable and disappear completely. And a cabriolet with rigid main bar that divides up the convertible top into a removable front and rear roof.

The concept shown during a pre-model assessment at the end of 1963 impressed both Ferry Porsche and his son, Ferdinand Alexander, the father of the 911 design. The main reason for this decision was therefore no longer based on the potentially threatening convertible ban in the United States but on the aspect of design. The roll-over protection bar had become a design element that we could no longer dispense with.

The first Targa was enthusiastically accepted by the customers

The first 911 Targa made its debut in 1965 at the IAA. It was named after the legendary Targa Florio racing event that Porsche won more often than any other competitor. Market introduction took place in 1967. Porsche had therefore created a completely new sports car segment that was enthusiastically accepted by the customers.

As of the 1968 model year, a fixed, heatable glass window could be ordered to replace the plastic rear window. This had become necessary, since the Targa would have been permitted only as a two-seater in the United States due to American safety regulations. The version with the fixed glass rear window became more and more popular. That is why it was produced as standard as of the 1969 model year. Unlike the version with foldable plastic pane, the rear roof could not be removed any longer. It was still possible, though, to remove the front roof. More and more buyers of the 911 opted for the Targa, and this body version accounted for around 40 percent of the entire Porsche production volume in early 1970.

The Targa did not remain the only car of this kind at Porsche. In 1969, the world witnessed the premiere of the VW-Porsche 914 at the International Motor Show in Frankfurt – it had the Targa bar and again featured a mid-engine. The 914 was launched at an attractive price and quickly became a best-seller – but its time was already over by 1975. Porsche has been improving this roof concept for 27 years now, from one 911 generation to the next. The Targa became a permanent fixture in the Porsche portfolio, a car opted for on average by every tenth 911 buyer.

From the transverse bar to the longitudinal bar: Targa with glass roof

Porsche bid farewell to the transverse roll-over protection bar in 1996 with the 911 Targa of the 993 type and introduced a new roof design for the Targa. Two longitudinal safety structures replaced the single roll-over protection bar. They stretched from the windscreen to the rear and were framing two electrically mobile glass elements in the front. These glass elements ensured that the interior was flooded with light when the roof was closed. With the top open, the glass element disappeared underneath the rear window. A wind deflector made for open driving with muted noise and little draught. This innovative design met the objectives of an effortless roof operation and a particularly stiff roof structure. The successor model launched in 2001 featured the innovation of a foldable rear window. With the panoramic sunroof closed, the rear window could be unlocked electrically and the rear storage loaded and unloaded without any problem.

The new Targa: As charming as the original model but with today's technology

Porsche presented the most recent and spectacular version of the 911 Targa a couple months ago: It combines the charm of the original model with today's convenience and comfort. Like the legendary original Targa, the new model has the characteristic wide bar in place of B pillars, a moving roof section over the front seats and a wrap-around rear windscreen without C pillars. Unlike in the classic car, the roof section of the new Targa can be opened or closed at the push of a button. The fully automatic roof system makes the roof element disappear behind the rear seats in a spectacular fashion. While the car is stationary, the roof can be opened or closed in about 19 seconds via control buttons on the centre console.