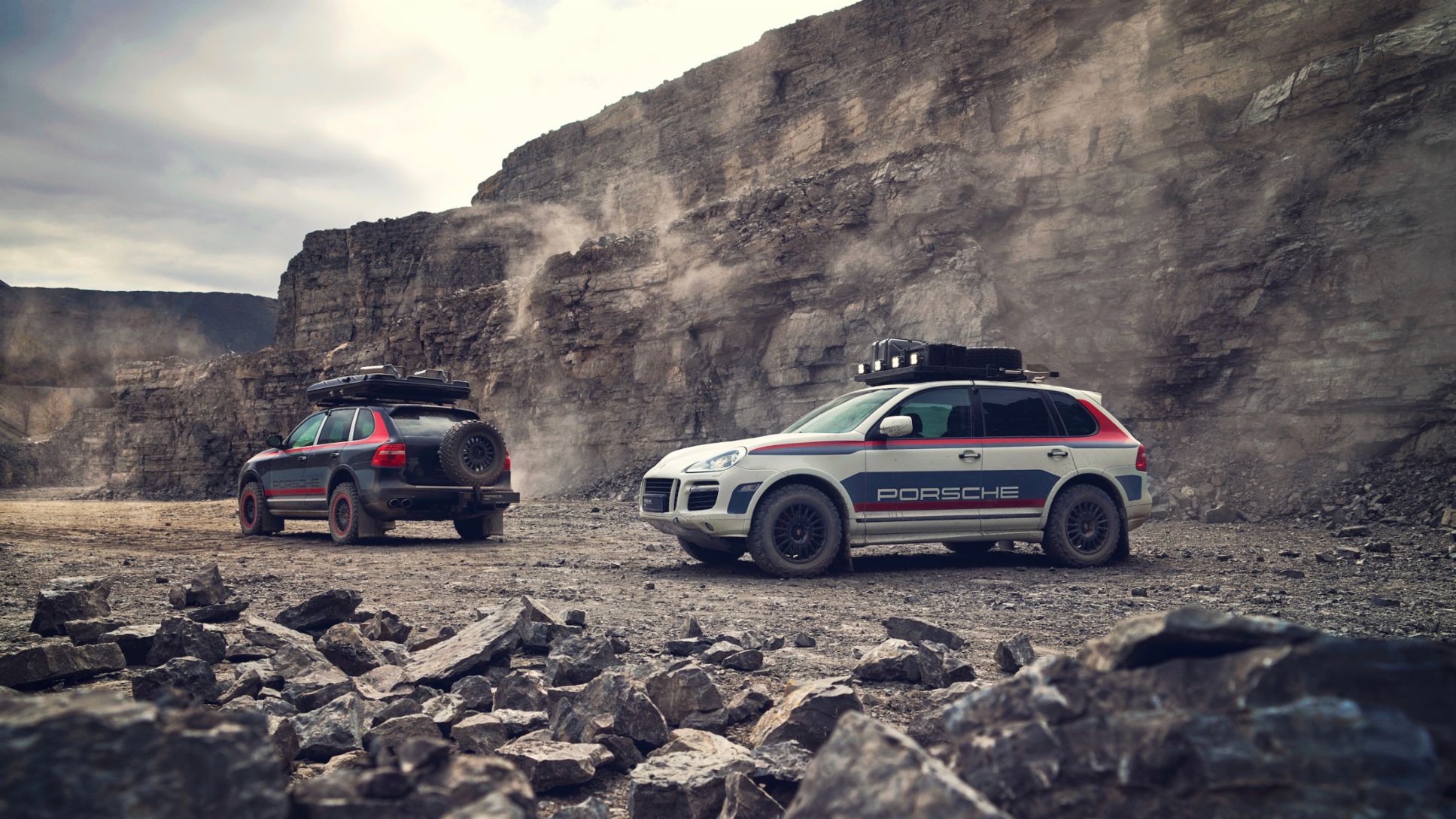 In addition to limited special editions and works restorations, parts from Porsche Tequipment and Porsche Classic are also much in demand worldwide. Under the name “Performance Parts", the sports car manufacturer is now expanding this range to offer a variety of new components for new vehicles, used cars and classic cars. The Tequipment range for new and used vehicles is geared towards drivers who are motor sports enthusiasts or are involved in amateur racing themselves. Performance Parts will include newly developed components with historical references, parts designed to boost performance and also lifestyle products. These enhance the performance of a classic car or improve its suitability for everyday use. With two test vehicles based on two first-generation Cayenne models that also serve as demonstration vehicles, Porsche Classic is also providing a preview of potential further individualisation options with a clear outdoor and off-road focus.

Porsche Tequipment is now offering new components with road approval. The parts are being developed in collaboration with long-standing Porsche partner and current affiliate Manthey-Racing GmbH. From May 2021, the Performance Parts programme including a kit for the 911 GT2 RS of the 991 generation will initially be available to order for customers in Europe, with other markets following successively. The Performance Kit includes an aerodynamics package, coilover suspension, special brake components and magnesium wheels.

Other options will follow after the launch such as special racing brake pads. The innovative 3D-printed bodyform full bucket seat will also be offered as a Performance Part in the future. In the medium term, it is planned to offer seats that are adapted to the customer’s individual body contours.

Porsche Classic is also expanding its product range. The Performance Parts range will include newly developed components with historical references, parts intended to boost performance and also lifestyle products. These enhance the performance of classic cars as well as improving day-to-day suitability, handling and functions. They meet the requirement for complete authenticity to which Porsche Classic is committed: for every newly developed Performance Part, optional retrofitting to the original condition is considered and provided for – where technically possible and appropriate. Parts currently being newly developed include a performance chassis for the 996 generation of the 911 and for the Porsche 959.

Due to the high level of worldwide demand for the PCCM and PCCM Plus infotainment systems, Porsche Classic is already working on a PCCM Plus for the 911, Cayman and Boxster models of the model years 2005 to 2008 as well as for the first Cayenne generation. Various other products are also planned, such as a sports steering wheel for the 911 (G-Model) and the legendary Fuchsfelge for those vehicles where this wheel type was not previously available ex works.

Porsche Classic test vehicles: a glimpse ahead to the future of the Cayenne E1

Two test vehicles built by Porsche Classic based on the first Cayenne generation illustrate the individualisation options Porsche Classic is considering for recent classics and vintage cars. The first-generation Cayenne was presented in 2002 – the fastest series-production SUV at that time. As a result of the complex all-wheel drive featuring dynamic centre differential lock and optional air suspension, it boasts exceptional off-road properties.

The two test vehicles built by the Porsche training workshop feature various customisations that further highlight the off-road character of the classic SUV: one example is the wrapping designed by Style Porsche that accentuates the lifestyle character of the test vehicles. Other elements such as a wheel set, floor mats, luggage compartment tray, roof basket and mud flaps are currently being tested for feasibility.

The two test vehicles will be showcased at events in the summer such as the Abenteuer & Allrad show in Bad Kissingen. The aim is to obtain feedback from customers and fans and take this into account when deciding on the development and reissue of individual parts.

The vehicles shown are show cars. They are for illustrative purposes only and have been modified from their series production condition and equipped with accessories, some of which do not originate from Dr. Ing. h.c. F. Porsche AG and which cannot be purchased from Porsche or from the Porsche sales organization. Dr. Ing. h.c. F. Porsche AG has not tested these modifications and accessories and has not approved them for use.