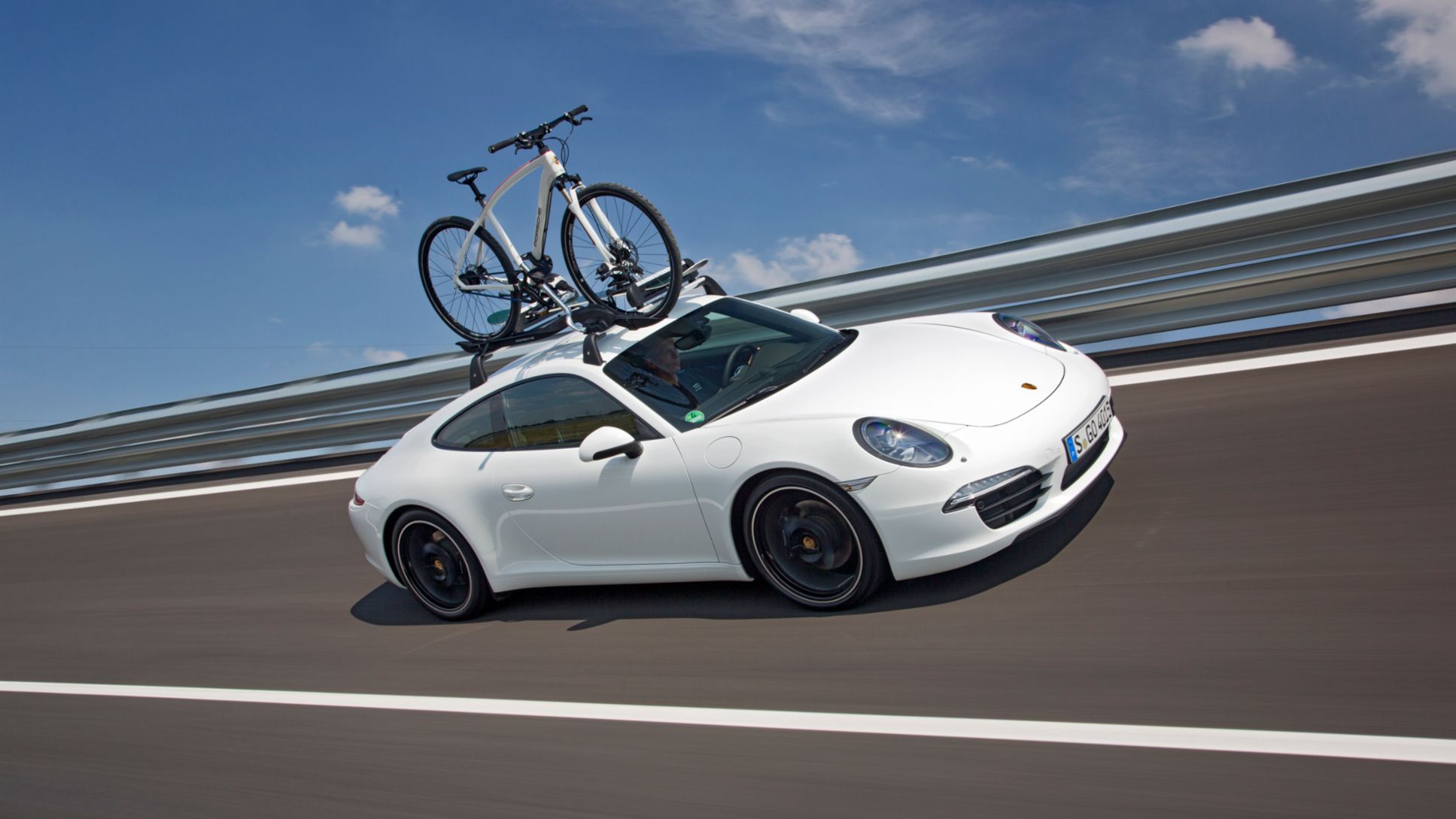 Holiday in a Porsche 911

Going on holiday with lots of luggage and yet still being able to enjoy sports car motoring at your destination is something that Porsche makes possible for all of the latest 911 coupé models.

How this is achieved was demonstrated recently by the sports car manufacturer, using a 911 Carrera S on the ATC test site in Aldenhoven. The 911 was put through its paces there – banked corners included – carrying a variety of loads on its roof, among them bicycles and snowboards. Four suitcases for holiday luggage were also on board. Transporting such loads is made possible by a special Porsche Tequipment genuine accessories roof transport system, which quickly transforms the 911 into a vehicle offering a miraculous amount of luggage space.

Every Porsche 911 is pre-equipped for this ex-factory. The system is designed to carry bicycle racks, a roof box or ski/snowboard racks. The roof box alone provides an extra 310 litres of luggage space, bringing the total available up to 455 litres in all. Up to three bicycles can be transported on the 911's roof, while for winter holidays it can handle no less than six pairs of skis or four snowboards.

For all 911, Boxster and Cayman models Porsche also offers six different child seats in the Porsche design. In total over 300 practical optional features for all Porsche models can be found at www.porsche.com/tequipment. The possibilities for retrospective individualisation include performance enhancements, transport and protection systems and extend all the way to Sport Design packages and other handy accessories.