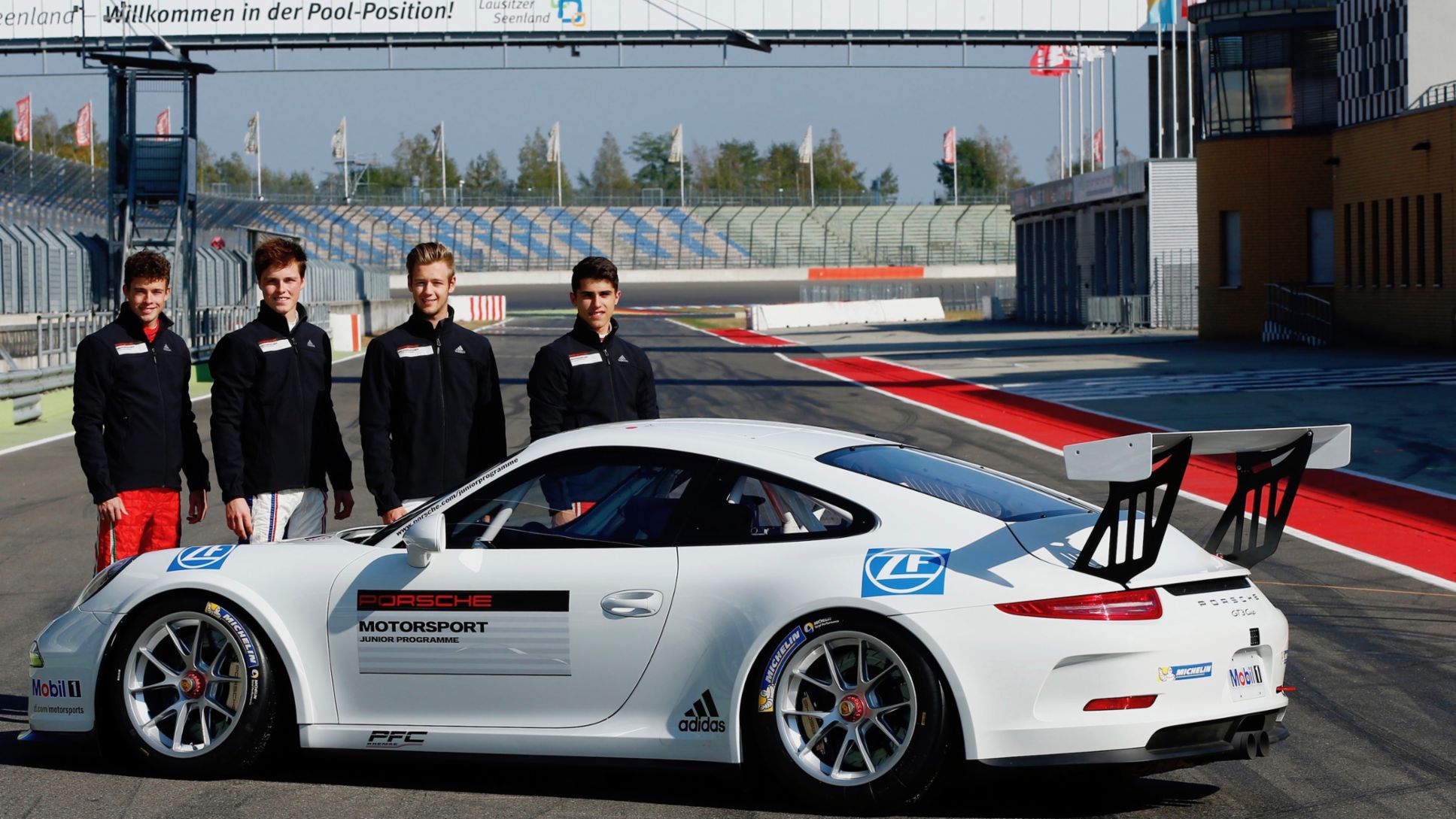 Shootout at the Lausitzring

Four race drivers from four countries have come out on top against more than a hundred applicants in a two-stage selection process in the Porsche Motorsport Junior shootout.

In preliminary interviews and at fitness checks at the University of Potsdam, 19-year-old Ralph Boschung from Switzerland, 21-year-old Mikkel Jensen from Denmark, the 20-year-old German Dennis Marschall and 18-year-old Thomas Preining from Austria proved to be in top form. During practical tests on the Lausitzring, the finalists underlined their driving potential at the wheel of the Porsche 911 GT3 Cup. The new Porsche Junior for the 2017 Porsche Carrera Cup Deutschland will be decided in a few weeks after the evaluation of all data from the various stages of the selection process.

“The Porsche Motorsport Junior Programme supports a talented driver in many areas. They will receive the same exercise and sports medicine services as our Porsche works drivers. Moreover, there are learning modules in the fields of psychological training, media relations and sponsoring. At the racetrack, our Junior coach Sascha Maassen will be at all the race weekends to support them. The funding towards the Porsche Carrera Cup Deutschland comes to 150,000 Euros,” says Andrea Hagenbach, Head of the Porsche Motorsport Junior Programme.

Sven Müller was available with advice and help

The final chosen candidates have limited or no experience with GT vehicles. During the one-and-a-half-day selection process on the Lausitzring, they worked alongside Porsche engineers and learned more and more about the Porsche 911 GT3 Cup in individual sessions. Porsche Junior Sven Müller, who is in his third year of sponsorship, was available for the youngsters with advice and practical help.

The candidates all came up through the motorsport ranks from karting to compete in single-seaters in various racing series over the following years. This season Boschung is contesting the GP3 Series, Jensen comes from the FIA Formula 3 European Championship, Marschall drives in the Audi Sport TT Cup and Preining competes in this year’s ADAC Formula 4.

A new look for Porsche tractors 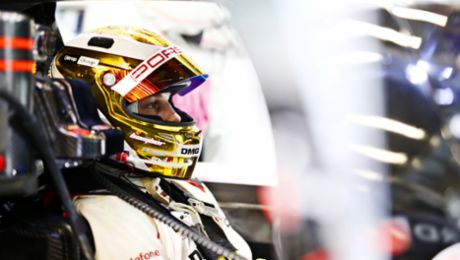 For Earl Bamber the 14th of June 2015 was a day that will never be forgotten. 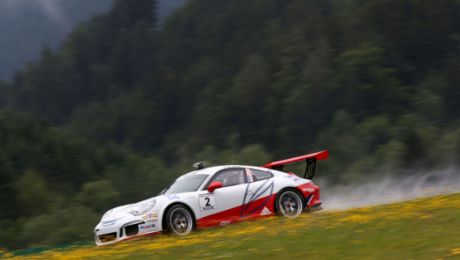 The American has pocketed his first pole position in the Porsche Mobil 1 Supercup.