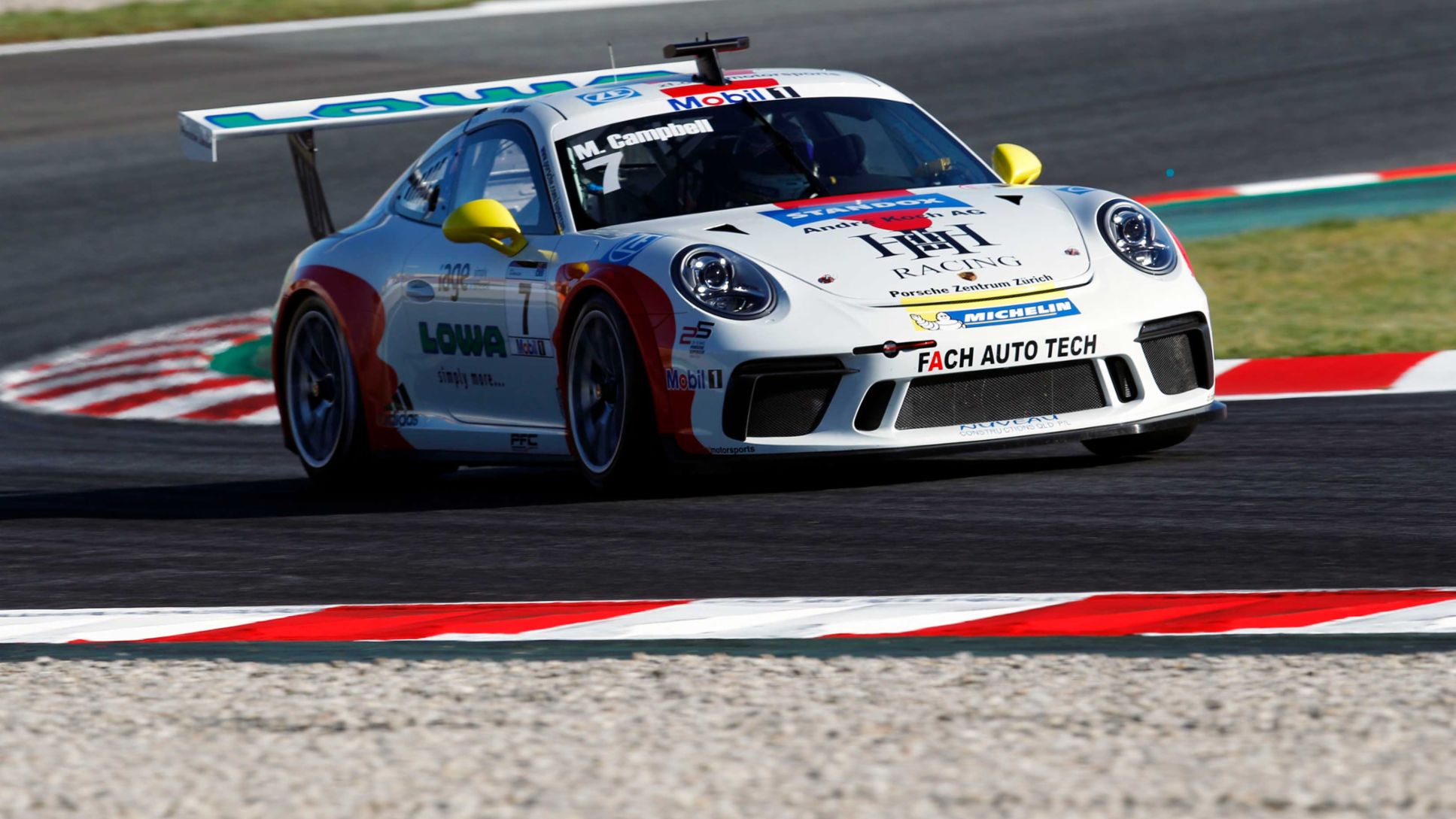 This season marks the 25th anniversary of the Porsche Mobil 1 Supercup. Porsche’s one-make race series celebrated its inaugural race in 1993 at the Grand Prix of San Marino in Imola and has been running as support to Formula 1 ever since.

Eleven rounds over eight race weekends make up this year’s calendar, with the season finale contested for the first time in Mexico City from 27 to 29 October.

The 2017 grid features the most international lineup in the 25-year history of the Porsche Mobil 1 Supercup, with drivers from 18 countries tackling the races throughout the year. Twenty-eight pilots have signed on for the whole season, with additional guest starters bolstering the grid. The series is now looking for a new champion after Porsche contracted last year’s outright winner Sven Müller to join its works driver squad.

Tackling the championship this year are two Porsche-supported junior pilots: Australian Matt Campbell won the 2016 Porsche Carrera Cup Australia and now faces his maiden Supercup season driving for the Swiss team Fach Auto Tech. Dennis Olsen from Norway competes for the Walter Lechner Racing team and has already contested several races last year. For the 2017 season, both Porsche juniors receive funding to the value of 200,000 Euros as well as extensive driver training. The pair is also mentored in the fields of fitness, psychological training and media matters.

What’s new? A so-called Nations League is introduced for the first time, for which each Porsche market can nominate one permanent driver of their choice to represent it in the Supercup. Nominees win points for their respective countries, for example, Matt Campbell for Australia, Steven Palette for France, Mattia Drudi for Italy and Philip Morin for Sweden.

This season’s pilots get a new car to tackle the competition: For 2017, the new generation of the Porsche 911 GT3 Cup has been mounted with a more powerful engine now producing 485 hp and featuring even better safety features as well as optimised aerodynamics. The ongoing success of the Porsche Mobil 1 Supercup is thanks to the close competition based on the absolute equality of chances. All race cars are technically identical, as are the tyres and fuel. Victory or defeat depends totally on the driver, on how the team sets up the car and, of course, that little bit of racing luck.

The recipe for gripping action on the racetrack is in the mix of seasoned professionals, young upcoming hotshots and ambitious amateurs. Over the last decades, the series has established itself as a perfect launching platform into top-league racing. The Supercup has produced ten Porsche works drivers, and many other race drivers have earned themselves long-term contracts with other manufacturers or professional racing squads.

Eurosport and Sky broadcast all races of the Porsche Mobil 1 Supercup live or delayed-to-live, and also televise pre-race reports. After each race weekend, Formula One World Championship Limited (FOWC) makes footage available to TV stations worldwide. Live timing is available for the first time on the website www.racecam.de.