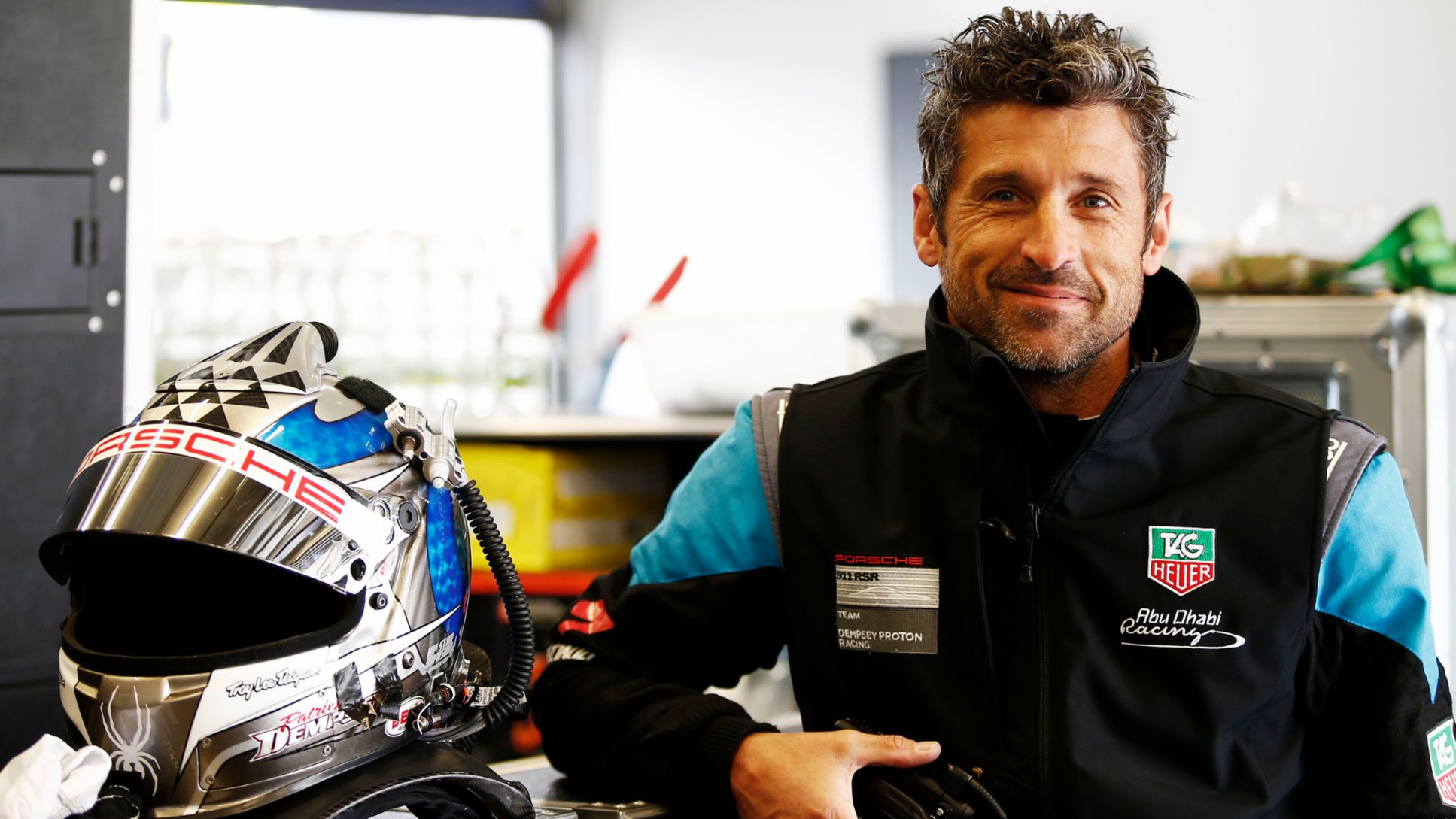 Two prominent guest drivers take on the Porsche Mobil 1 Supercup challenge as it heads into the second half of the season after the summer break.

At the race weekend in Belgium’s Spa (21-23 August), the actor and race driver Patrick Dempsey returns to the wheel of the 460 hp Porsche 911 GT3 Cup after his debut last year at Hockenheim. The livery of his vehicle takes its inspiration from the Porsche 911 RSR with which he scored second place in the GTE-Am class at the Le Mans 24 Hours. Joining him at Spa as a guest driver is another Supercup devotee: the nine-time World Rally Champion Sébastien Loeb contested the rounds in Barcelona and Monaco in the 2013 season.

Consequently, the pair perpetuates a VIP-driver tradition that has included many prominent guest drivers such as rally pilot Sébastien Ogier and ex-Formula 1 drivers Mika Häkkinen and Nick Heidfeld. “The concept of the Porsche Mobil 1 Supercup is made up of complementary factors. Leading international drivers in top teams, attractive race venues as well as guest drivers and motorsport on a level playing ground form the basis for exciting racing in the Champions League of Porsche’s one-make cup series,” explains Oliver Schwab, Manager of the Porsche Mobil 1 Supercup.

The Porsche Mobil 1 Supercup has long been regarded as a launching platform for professional careers in GT and endurance racing. Many former top drivers in the championship are now under contract as works drivers. New Zealander Earl Bamber is a shining example of climbing the career ladder within Porsche’s motorsport pyramid: The 25 year old started out in the Porsche Carrera Cup Asia, where he was crowned champion in 2013. As a result, he was invited to take part in a Porsche selection process and was chosen as a scholarship candidate. With funding support, he contested the Porsche Mobil 1 Superucp in 2014 as a Porsche Junior. With his victory at the season final in Austin, Texas, he took home the championship title and was promptly signed on as a Porsche works driver. In June 2015, the New Zealander won the 24 Hours of Le Mans at the wheel of a 919 Hybrid.

The half-time result of the Porsche Mobil 1 Supercup looks impressive: Five of the eleven rounds have already been contested with around 28 vehicles lining up on the grid per race weekend. Five different winners underline just how fierce the competition is: Barcelona victory went to Germany’s Michael Ammermüller (Lechner Racing Middle East), in Monaco Jaap van Lagen (Fach Auto Tech) from the Netherlands climbed to the very top of the podium, the winner at Spielberg was Austrian Christopher Zöchling (Fach Auto Tech), with his compatriot Philipp Eng scoring victory at Silverstone. And recently in Budapest, Porsche Junior Sven Müller (Deutschland, Lechner Racing Middle East) crossed the finish line first.

In the overall classification, Eng holds a ten-point lead over Germany’s Christian Engelhart (MRS GT-Racing). Pilots from 16 countries battle for points and prestige this season in Porsche’s premier brand trophy series. The concept of being represented at all European Formula 1 races as a support series has not lost any of its appeal in the 23-year history of the Supercup.