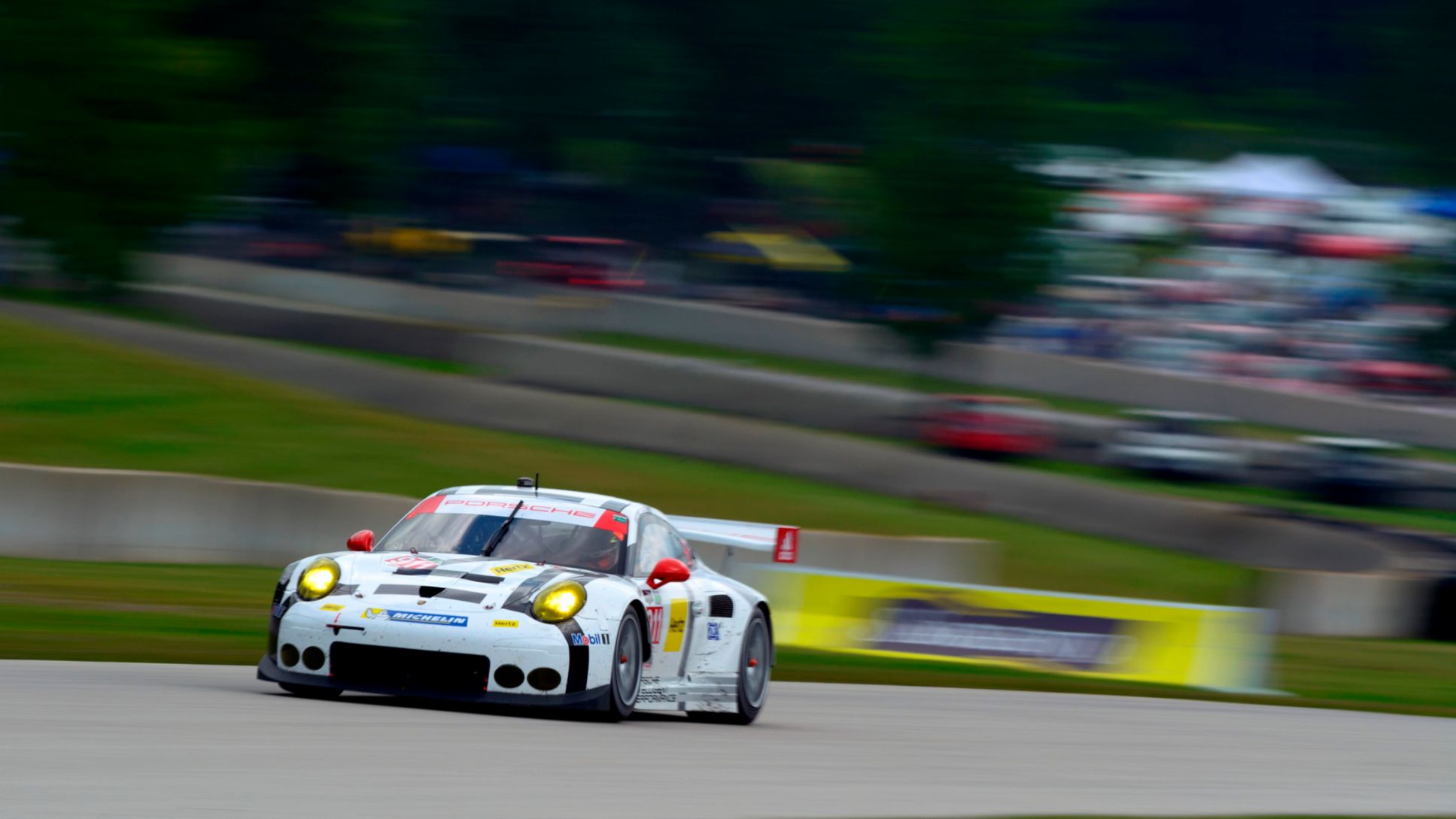 In the Porsche 911 RSR, which is based on the seventh generation of the iconic 911 sports car, Le Mans winner Nick Tandy and Patrick Pilet won the GTLM class, repeating their recent feat at Bowmanville, Canada. Their team colleagues Earl Bamber and Jörg Bergmeister scored second place at the wheel of Porsche North America’s second winning racer from Weissach. Thanks to the third straight victory for the 911 RSR after Watkins Glen and Bowmanville, Porsche now leads the hotly-contested North American sports car championship.

The race on the demanding 6.514-kilometre circuit at Elkhart Lake in the state of Wisconsin was one of the most gripping of the year, particularly in the GTLM class. The grid positions of the two 911 RSR sports cars campaigned by Porsche North America could not have been more different: Earl Bamber started from pole position in the number 912 vehicle, with Patrick Pilet taking up the race from the back of the pack in the number 911 car due to a problem in qualifying.

Running at the front after the first half

While the Le Mans winner from New Zealand got off the line well and pulled clear of his pursuers, the Frenchman thrilled spectators with his sensational chase through the field: After the first lap he had already overtaken all ten of the GTD class contenders and closed the gap to the more powerful GTLM vehicles. After four laps he had passed four more competitors, and by lap nine he was well on his way to the podium in third place. His teammate Nick Tandy climbed into the cockpit at the first pit stop and continued the stunning performance. After the first half of the 2:40-hour race, both 911 RSR were running at the front: Earl Bamber leading with Nick Tandy in second.

With just 45 minutes to the chequered flag, the final series of pit stops opened the critical phase of the race: Jörg Bergmeister, who scored the last GT victory at Road America for Porsche in 2009 and had taken over driving duties from Earl Bamber by this point, came in to refuel while running in first. The German rejoined the race in third place, but lost several positions in the first lap when his tyres took too long to develop the optimal grip. Patrick Pilet pitted shortly afterwards, with Ferrari inheriting the front spot. When the machine from Maranello pulled in for its last pit stop, the Frenchman retook the lead and proceeded to open the gap.

Next race in Alton, Virginia

Round eight of ten on the Tudor United SportsCar Championship calendar will be contested on 23 August at the VIR Virginia International Raceway in Alton (US state of Virginia).