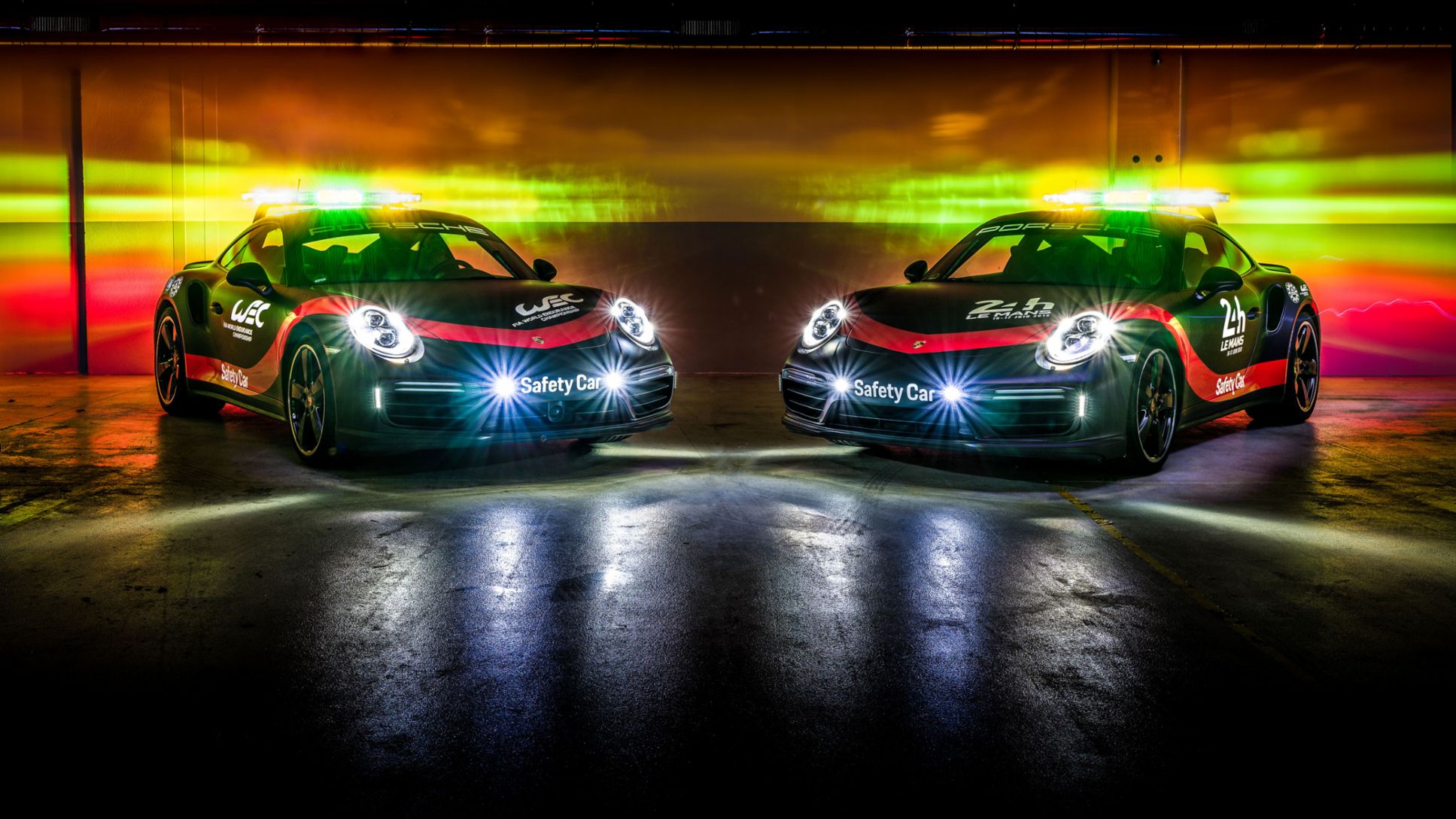 From now until 2020, the Porsche 911 Turbo will be the safety car for the Sports Car World Endurance Championship (WEC).

The all-wheel-drive 911 produces 540 hp (397 kW; Fuel consumption combined 9.1 l/100 km; CO2 emissions 212 g/km) and sprints from zero to 100 km/h in 3.0 seconds. Technologically, the safety car corresponds largely to the production vehicle. Only a few race-specific modifications were added, such as the light bar on the roof and a radio for contacting the race director, with the brakes and suspension optimised for the racetrack. The matte-black design with glossy red stripes is modelled on the Porsche emblem design of the factory race cars.

Porsche not only supplies the safety car for the FIA WEC, including the 24 Hours of Le Mans, until 2020, but also provides eleven intervention vehicles. Two Porsche 911 Turbo will travel as safety cars to all WEC rounds worldwide. Three 911 Turbo head to Le Mans as permanent vehicles. Furthermore, various Porsche models are provided for motor racing medics and track safety personnel.

911 Turbo: Ideal prerequisites for the task

The race director deploys the safety car whenever the field needs to bunch up in the event of dangerous situations. The 911 Turbo production vehicle possesses the ideal prerequisites for this task: The 3.8-litre six-cylinder engine catapults the Turbo to a top speed of 320 km/h, with the ex-works Sport Chrono Package ensuring the best possible intermediate acceleration.

The 911 Turbo generation’s close affiliation to motor racing is also highlighted by the way the seven-speed PDK dual-clutch transmission is operated: In manual mode, the shift lever is actuated like in a race car. Paddle shifts mounted on the steering wheel are another standard feature. For its racetrack job as support to the World Endurance Championship, the vehicle is fitted with Michelin Pilot Sport Cup 2 tyres on standard 20-inch rims. Full-shell racing seats with six-point harnesses for the driver and front passenger, a monitor to display track signals, a radio to contact the race director, a signal light system on the roof as well as flashing LED lights at the front and rear have been added to the intervention car for its racetrack duties.

“We’re delighted to have the chance to supply the safety cars and intervention vehicles for the Sports Car World Endurance Championship until 2020. As a sports car manufacturer, it was rather easy for us to find a suitable car. Basically, many of our production models fit the bill for this special task on the race circuit. Ultimately, however, we chose the Porsche 911 as the safety car. In total, 16 vehicles from different model lines will fulfil different functions in the WEC,” explains Alexander Stehlig, who is responsible for the safety car project on behalf of Porsche AG as the GT Motorsport programme manager. 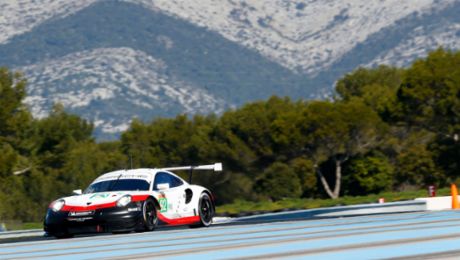 Final shakedown: the Prologue of the WEC

On April 6, Porsche heads into the new season of the FIA WEC with the two-day Prologue. 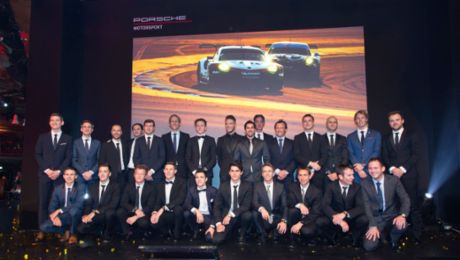 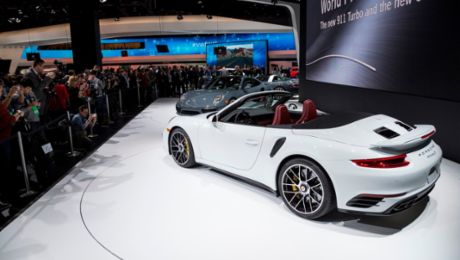 At the Auto Show in Detroit Porsche is presenting another highlight.