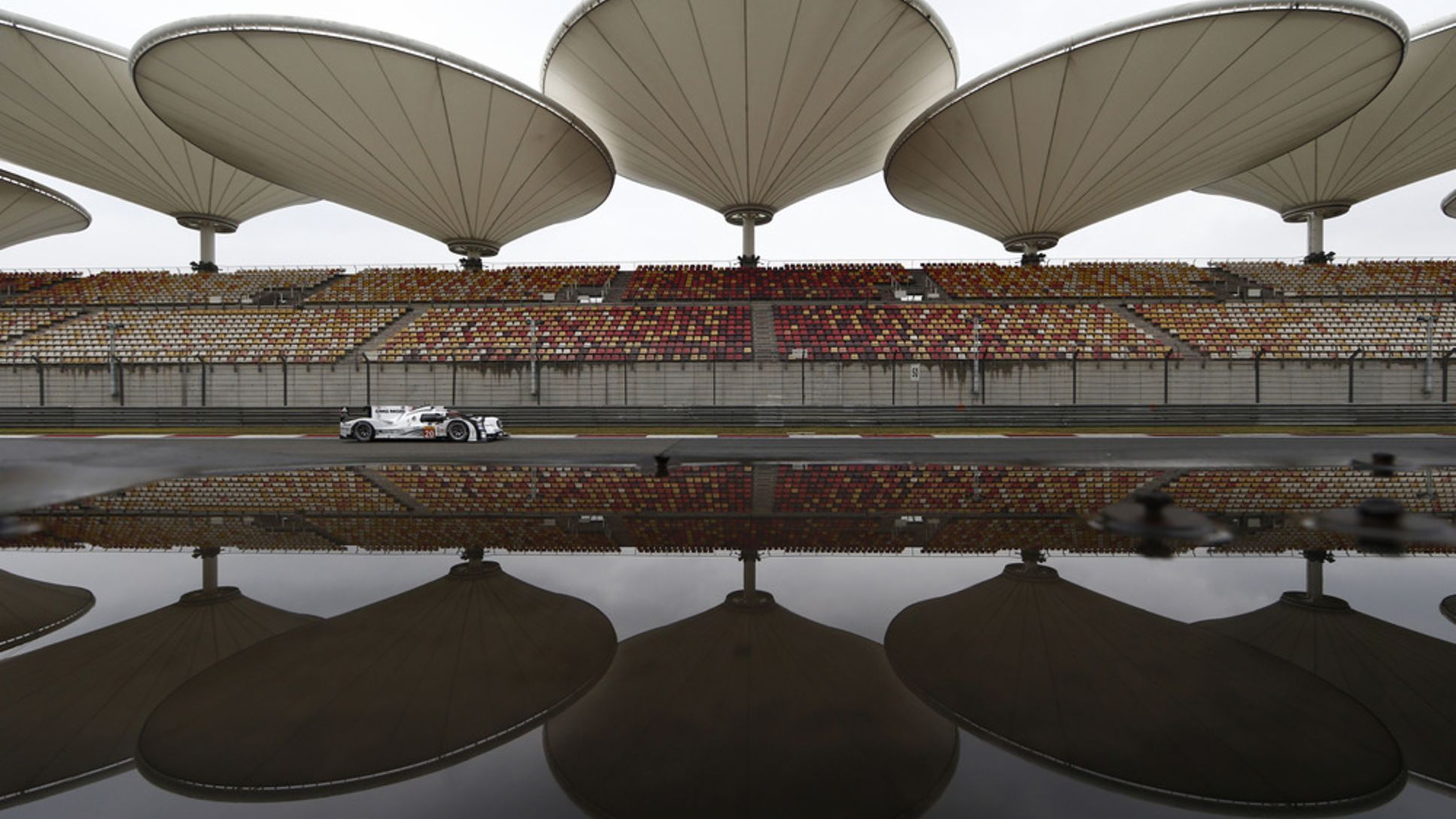 Changing conditions at the Shanghai International Circuit brought special challenges for the Porsche Team with the two 919 Hybrid Le Mans prototypes in the first two free practice sessions before the six-hour race on Sunday.

After a rainy morning, the first session started on a wet track, which then dried out. The second session started in the dry but in the end had to be red flagged 17 minutes early because of a massive downpour.

Alexander Hitzinger, Technical Director LMP1: “Obviously the conditions were far from ideal and especially as we, as a team, don’t have any experience here we would have wished for more consistent conditions. On the dry track at the beginning we had a lack of grip to which the green track and the rather low temperatures contributed but in the wet our car worked really well. However, the forecast for the race on Sunday is dry. Therefore it would help if free practice three tomorrow was dry, but we cannot assume that at the moment.”

Romain Dumas (36, France): ”My mileage was pretty limited today as I did only seven laps in the first free practice session. A battery change cost quite some track time but the guys did an amazing job. Normally it takes two hours and they got it changed in one hour. It is my first time at this circuit and it obviously wasn’t the easiest start. But I’m happy to have had a least a few laps in the dry.”

Neel Jani (30, Switzerland): “Due to the battery change in the morning and the rain in the afternoon I couldn’t do a single timed lap and the session was red flagged when I was trying my first flying lap. This isn’t ideal preparation but we will try and make the most of it in the third free practice session.”

Marc Lieb (34, Germany): “I know the track from the past and today I was driving in the second session. Just when I left the pits on slick tyres, it started drizzling and then raining. The moment I had changed to intermediate tyres it was too wet for those. On rain tyres the car was really good, however, apparently it will be dry on race day. In the end the visibility and aquaplaning were just too bad, it didn’t make any sense to continue.”

Timo Bernhard (33, Germany): “The rain literally washed away our set-up programme. It started when I was about to leave the garage on new tyres in the second session. I have never been here before. The track is challenging and has got a very low grip level. I’m quite happy to have done at least some laps in the dry.”

Brendon Hartley (24, New Zealand): “To me it was a good first experience on this circuit. It is new to me and at the beginning the track was still wet. It has got some interesting corners and I quite like it. Obviously we have some work to do to as the gap is still a little bit too far.“

Mark Webber (38, Australia): ”Well, I did only a few laps today before the session was red flagged. It was the right decision to stop it because there was lots of aquaplaning and very poor visibility. It was tricky today for most of the teams.”