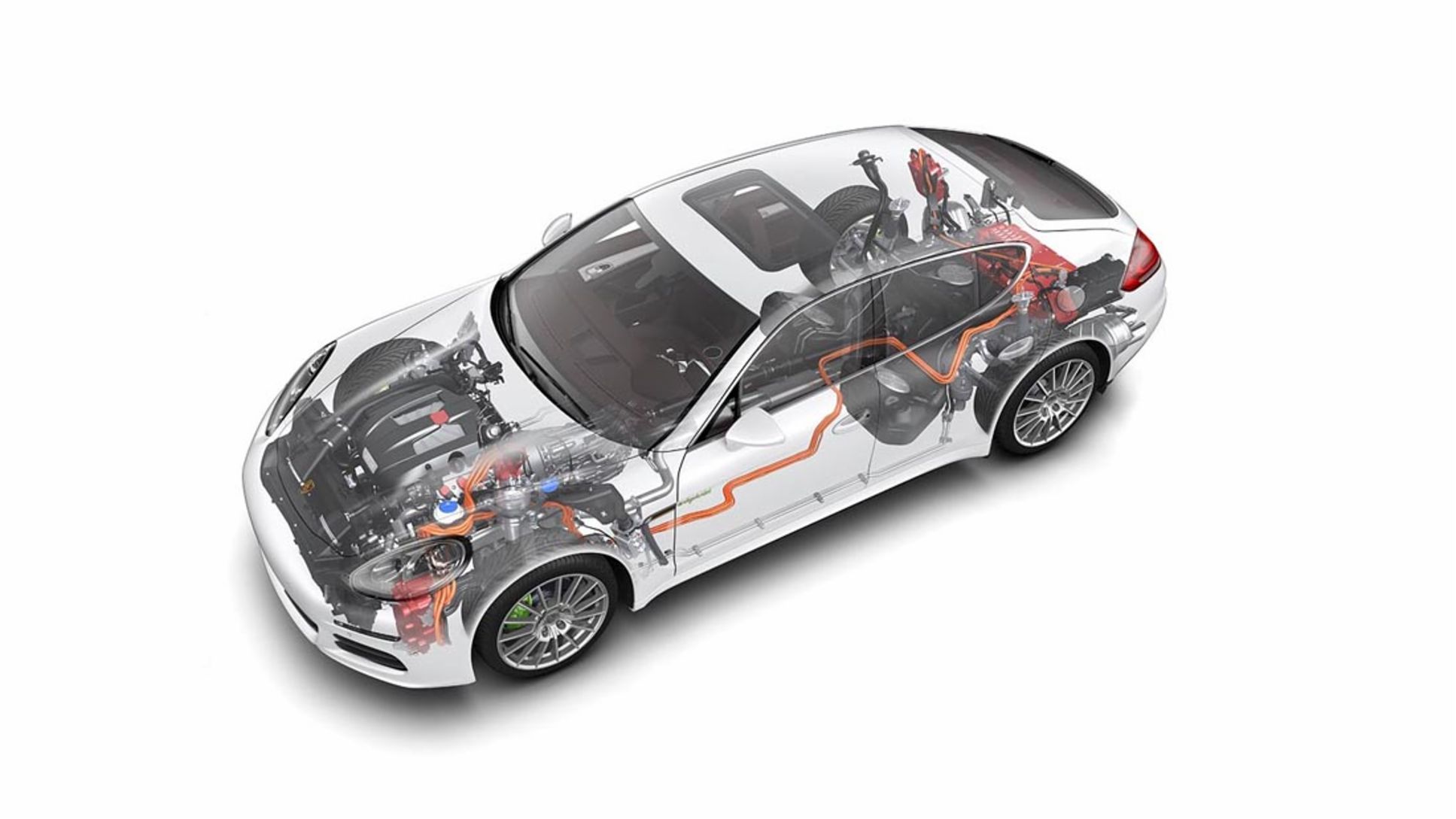 By introducing plug-in hybrid technology to the luxury class, Porsche is once again expanding its role as a technological frontrunner.

In the Panamera S E-Hybrid, efficiency and sportiness are combined in previously inconceivable ways. The plug-in hybrid drive - with its system power of 306 kW (416 hp) (combined fuel consumption 3.1 l/100 km; CO₂ emissions combined 71 g/km; electrical consumption combined 162 Wh/km) and the ability to sprint from a standstill to 100 km/h in 5.5 seconds - delivers the same level of performance as a V8 engine.

For the driver, the new battery and the new electric motor are synonymous with much better electric driving performance. Electric acceleration from zero to 50 km/h is 6.1 seconds, and the car’s electric top speed is an unrivalled 135 km/h. The electric driving range of the Panamera S E-Hybrid was determined to be 36 kilometres in NEDC-based testing. However, the actual range in real operation can vary. A realistic electric range in everyday driving would be between 18 and 36 kilometres – and possibly longer under especially favourable conditions.

The new Panamera S E-Hybrid offers three modes that can be selected by pushbuttons on the centre console. The E-Power mode enables largely all-electric driving. When E-Power is deactivated, the operating strategy switches to Hybrid mode. This causes the momentary charge state of the high-voltage battery to be essentially frozen to conserve electric driving range for the next stage through a city. Moreover, the E-Charge mode can be used to efficiently charge the high-voltage battery during the drive. Rounding out the driver’s options is the Sport mode for typical Porsche high performance and a special sporty characteristic with more direct handling.

The E-Power mode is activated by default, so that every drive can be started electrically – provided that the battery charge state is sufficient. The basic prerequisite for efficient use of E-Power mode is regular external charging of the high-voltage battery, such as overnight in a home garage or at the workplace.

The new Power Meter in the instrument cluster depicts the power threshold at which the combustion engine is engaged. This makes electric driving easier to monitor, because the driver gets visual feedback from the Power Meter. The total system power can be accessed at any time by kickdown, such as to overtake another vehicle. In this case, the E-Power mode remains activated in background, and it enables all-electric driving as soon as acceleration returns to a moderate level, and the electric top speed is not exceeded.

When the E-Power button is deactivated, the Panamera S E-Hybrid is driven in Hybrid mode. This operating strategy - programmed for efficiency - fully automatically switches between the driving states of electric driving, hybrid driving with load point shift, coasting, electrical system recuperation and boosting. Here the E-Power Assistant, which the driver can select in the instrument cluster’s TFT display, can precisely meter, based on the display, whether the car is driven all-electrically or with support of the combustion engine. Essentially, the system “reserves” the battery’s available energy capacity for later electric driving phases by switching to Hybrid mode and engaging the six-cylinder engine earlier. 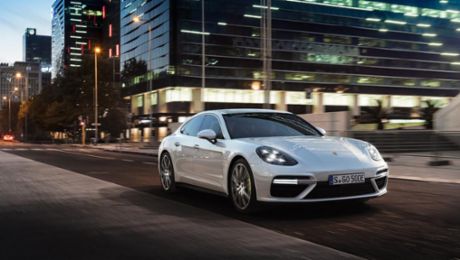 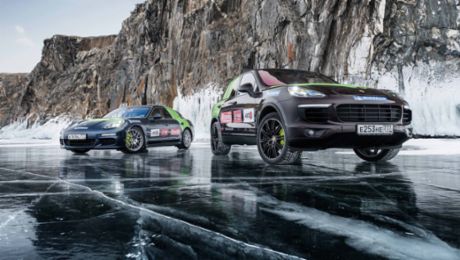 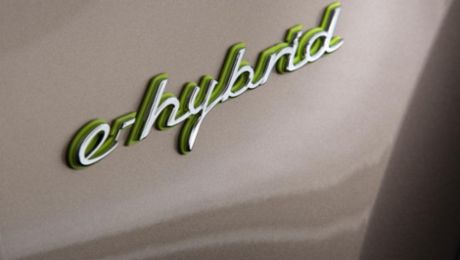 The Panamera S E-Hybrid has significantly extended the range of possibilities for electric mobility.