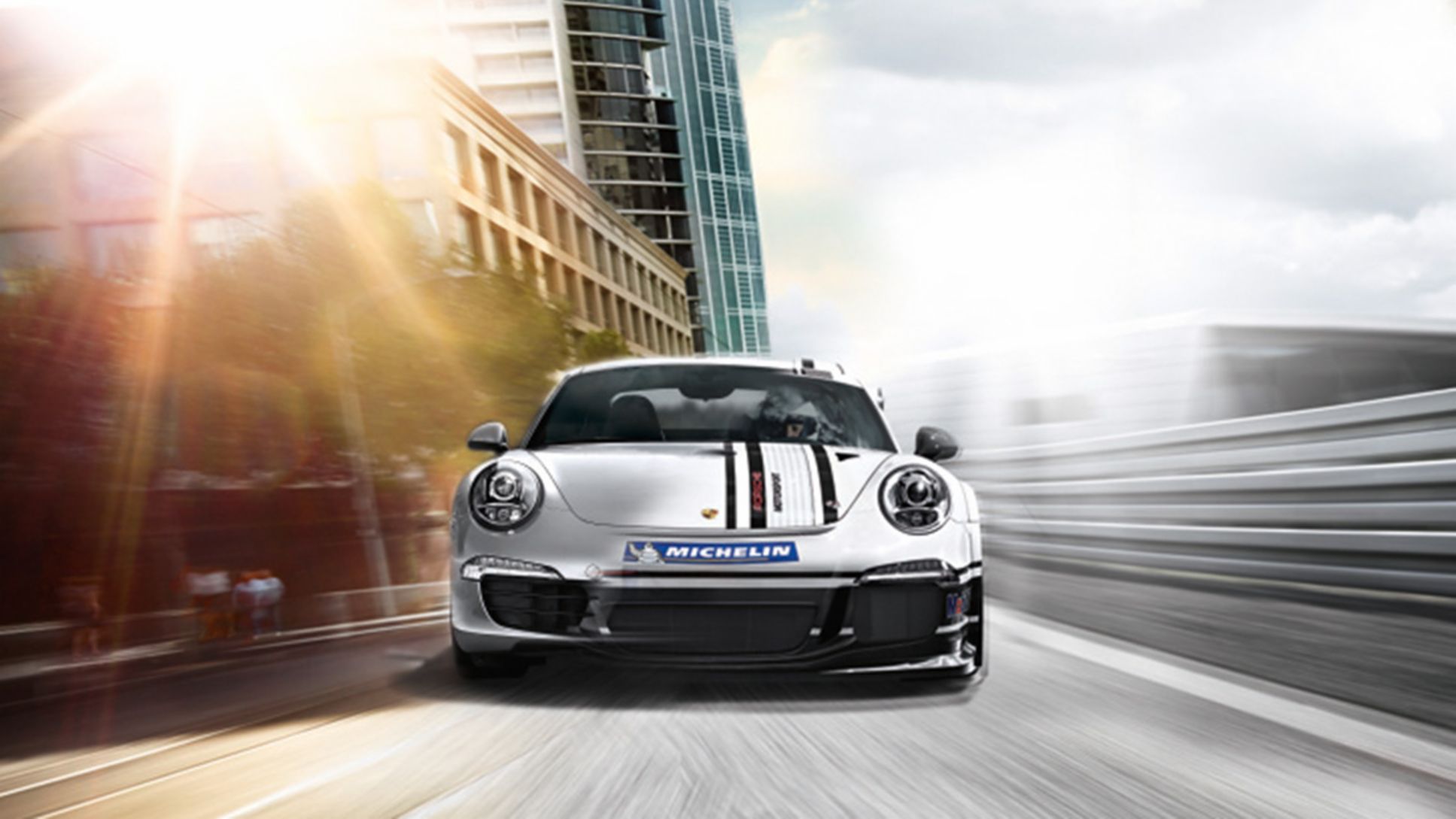 Technology transfer as a concept

The race course has been the merciless test platform for sports car technology for seven decades now.

The Porsche 550 was created for the company's first factory racing programme, and it immediately won the Nürburgring race in 1953. Positioning of the four-cylinder flat engine in front of the rear axle made the Spyder very agile. In 1996, the mid-engine concept was continued in the Boxster. A five-speed transmission with Porsche synchronisation was used in the 550; it is similar to the transmission introduced to 901/911 production cars in 1963. For good measure, two spark plugs were used per combustion chamber in the 550 for optimised combustion – this type of dual ignition was introduced to Porsche production cars in 1988 in the 911 Carrera (type 964).

Ferdinand Alexander Porsche sketched the 904 Carrera GTS Coupé of 1963 with a trailing aerodynamic edge at the rear of the car. The first front spoiler was introduced on the 911 S in 1971. It accelerated air flow under the vehicle and diverted a portion of the air to the sides; this reduced lifting force at the front of the car. In 1972, the Carrera RS 2.7, which was designed for motorsport, set new standards: not only was it equipped with a front apron that extended low to the ground; it also had a distinctive spoiler over the engine lid – the legendary "duck tail." However, the really phenomenal technology platform of the 1970s – in terms of its aerodynamics too – was the Porsche 917. The twelve-cylinder race car was built in two versions: one with a short rear section and high downforce for race courses with lots of bends, and one with a long rear section that was optimised for low air drag intended for high-speed race courses. To increase downforce in bends, adjustable flaps were added at the rear, which were connected via rods to the wheel suspensions. When the driver steered into a bend, the flap above the unloaded rear wheel at the inside of the bend would be extended to increase wheel load by wind pressure, improving stability. The first step had been taken towards active aerodynamics, which Porsche introduced to production cars in 1988 with the automatically extending rear spoiler of the 911 Carrera. On the 911 Turbo presented in 2013, the Porsche Active Aerodynamic (PAA) system was used to adjust the rear wing and for the first time the front spoiler. The extensive system of adjustable aerodynamic elements in the 918 Spyder represents pure racing technology on the street.

For the American Can-Am series, Porsche further developed the 917 Coupé into the convertible Spyder, but the 560 hp output of the 4.5-litre V12 engine was inferior to the 750 hp engine displacement giants of the U.S. competition. Porsche reacted and developed both a sixteen-cylinder engine and a forced induction system for the twelve-cylinder engine. The pressure buildup of the charging air would be regulated to make it suitable for high dynamic load changes and speed changes in the racing engine. The engineers turned away from increasing charge pressure in the induction air, opting instead for the use of turbocharging. Undesirable excess pressure was diverted from the charger via a bypass valve. The 917/10, initially with 850 hp, was the dominating race car of the Can-Am series, and the introduction of turbocharging to Porsche production sports cars became legendary. The 911 Turbo went into production in 1974. Meanwhile, turbocharging technology in the 917/10 went one step further: intercoolers reduced the temperature of the compressed air for better cylinder filling and increased power. The 911 Turbo 3.3 benefited from this technology in 1977.

Back in 1964, Porsche worked on a powershifting dual-clutch transmission. Four years later, tests were conducted on an automatic four-speed transmission based on the dual-clutch principle, and other designs followed in 1979. Finally, the Porsche Doppelkupplungsgetriebe (PDK) was created in 1981. In 1986, the electronically-controlled powershifting spur gear transmission was tested in the Group C Porsche 956 race car as well as in production sports cars. The ability to offer shifting without interruption in the flow of power was especially advantageous for turbocharged engines, because the driver could continue to push the accelerator pedal during shifting to avoid a drop in charge pressure. Initial tests of the direct shifting transmission were conducted in 1983 in the Group C Porsche 956.003 race car. In 1986, the 962 C PDK won the World Championship race in Monza. Progress in the engineering of the control electronics finally enabled the introduction of the PDK to production cars. In 2008, Porsche introduced PDK in the 911 Carrera.

The 959, developed in 1983 for what was known as Group B at that time, had an advanced all-wheel drive system with variable control of the centre differential lock; it controlled the distribution of torque between the two axles as a function of load and friction values at the wheels. This control strategy proved to be so successful that Porsche developed it further and adapted it for use in the Carrera 4 in 1988. To optimise vehicle dynamics further, the engineers equipped it with a basic torque distribution of 31 to 69 per cent (front to rear axle) via a planetary distribution gear. The system also had a hydraulically activated centre differential lock and transverse differential lock for nearly stepless adjustment of the distribution ratio. Its operation was controlled by electronics that embodied technical know-how from the 959.

In 2010, Porsche nearly achieved a sensational race upset with its 911 GT3 R Hybrid that embodied promising future technology: this GT3 – with a power output of 465 hp from a four-litre six-cylinder rear engine and two electric motors at the front axle, each producing 75 kW of power – was in the lead until just two hours before the end of the 24-hour race on the Nürburgring. This innovative front wheel drive was also an object of testing: the hybrid concept of the 918 Spyder, which also included an electric motor drive at the front axle, is a direct advanced development of the system used in the 911 GT3 R Hybrid. The highly innovative 919 Hybrid, with which Porsche will return to the top category of the World Sportscar Championship series in 2014, will write a new chapter of this tale.