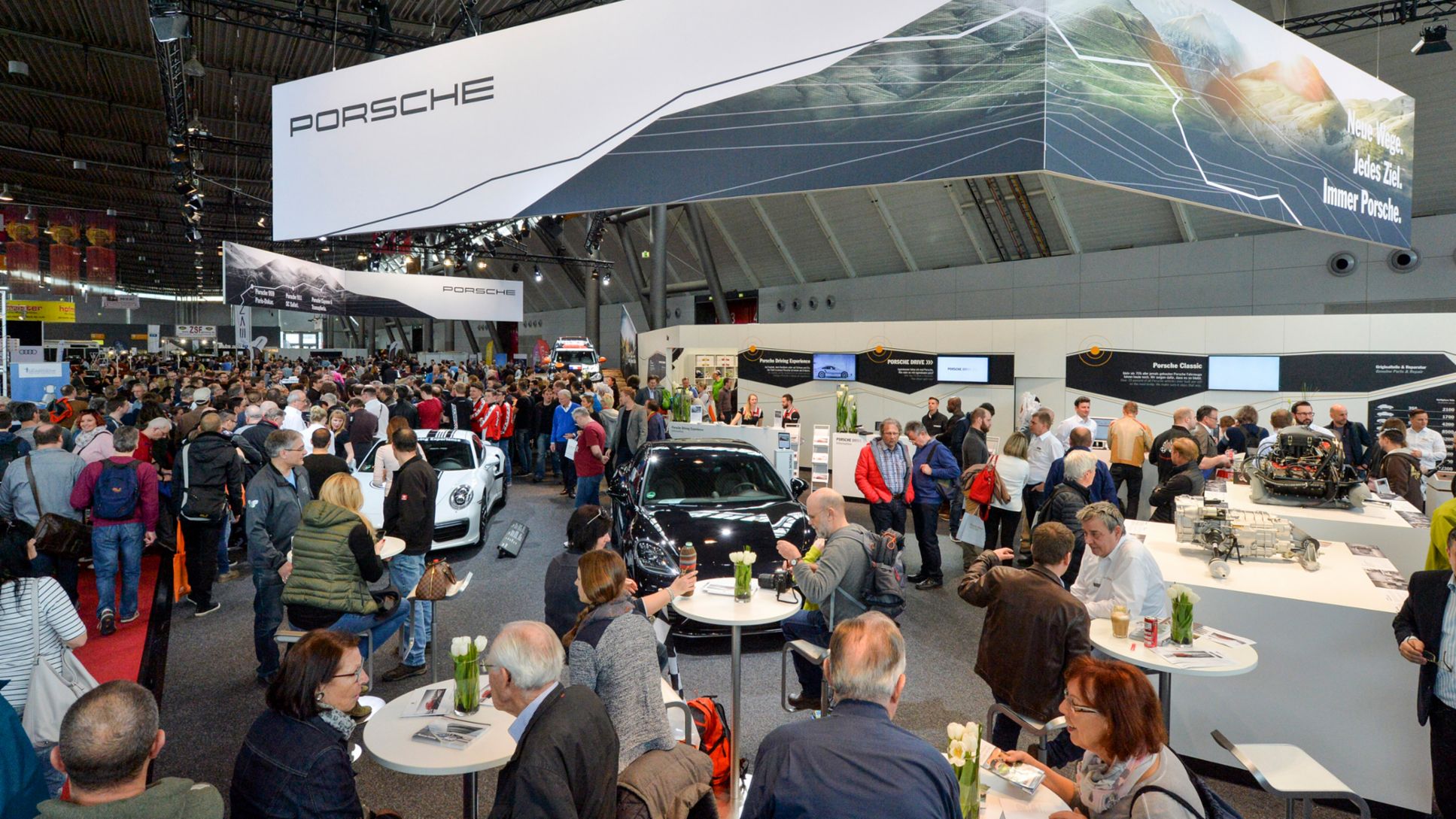 The Porsche Museum appeared at "Retro Classics" again this year, presenting an extensive programme at one of the most important classic car fairs in Europe. Also in attendance was Walter Röhrl.

Visitors to this year’s Retro Classics fair were given a taste of the special exhibition that is set to open this summer entitled “New ways. Every aim. Always Porsche”. The exhibition will showcase Porsche’s expertise in four-wheel drive technology and present the success story of the Cayenne. Visitors were able to see selected models from the company collection. Two of the three exhibits overcame extraordinary challenges in Africa: The all-wheel drive 959 tackled the toughest rally drive imaginable through the African desert in the 1986 Paris-Dakar rally, while the 911 SC “Safari” entered the “Safari Rally” in Kenya in 1987. Both René Metge and Dominique Lemoyne as well as Jacky Ickx and Claude Brasseur enjoyed success in the 959 in the Paris-Dakar rally. The 911 SC “Safari” finished in second and fourth place; despite the increased ground clearance of 28 centimetres, a lump of rock snapped the rear axle strut. The third exhibit, the Cayenne Transsyberia, won the 2008 TransSyberia rally, a race from Moscow to the Mongolian capital Ulaanbaatar.

As a special highlight, two-time World Rally Championship winner Walter Röhrl appeared at the Porsche stand to sign autographs, just a few days before his 70th birthday. The Porsche Museum is taking this milestone birthday as an opportunity to honour Walter Röhrl with its special presentation “Genius on wheels” in Zuffenhausen from March 14.

Porsche Classic displayed its skill for restoration using a restored engine (911 2.2 S, model year 1971) and transmission (964 RS, model year 1992). Experts were also available to answer questions about the 52,000 parts in the Genuine Parts collection, as well as repairing and restoring Porsche classics. Specialists from the Porsche Driving Experience talked about their exclusive driving experiences on extraordinary routes and the Porsche Sport Driving School. Porsche Drive also presented its rental offering for current models from the product range. 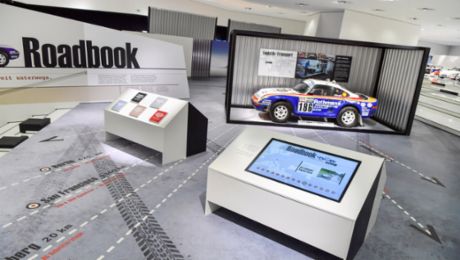 Behind the scenes: “Roadbook. The Porsche Museum on the road around the world”. 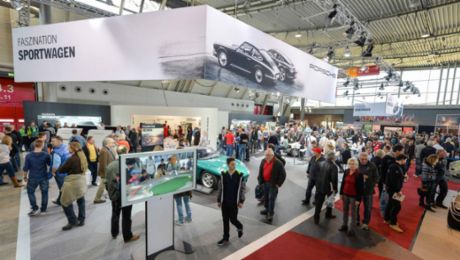 Porsche presented highlights from its museum collection at Retro Classics.