Starting on July 9, children and young people can explore a four-kilometre hiking trail and learn about the diverse flora and fauna living on the 132-hectare off-road area at the Porsche Leipzig plant. Over the past few weeks, various experience stations and a viewing platform have been built for the project, which is the result of a collaboration between the sports car manufacturer and the Leipzig alluvial forest station. The alluvial forest station is a nature conservation and environmental education facility. As a recognised sponsor of youth welfare, the organisation’s main focus is offering environmental education for children and young people.

Thomas Schmidt, Saxon State Minister of the Environment and Agriculture, tested the first couple of stations at the opening and praised the initiative: “Environmental education is of great importance for the Free State of Saxony. It’s important that we teach children how to engage with nature and the environment in a responsible and sustainable way from an early age. The “Porsche Safari” is an exemplary project.”

“The “Porsche Safari” viewing platform is now our outdoor classroom”, said Gerd Rupp, Chairman of the Executive Board at Porsche Leipzig Gmbh. “We are delighted that we are able to share the diversity of our flora and fauna with young nature lovers in collaboration with the alluvial forest station.”

The experience is aimed at children aged between 9 and 13. In reference to the school curriculum, there are two different programme options: Participants can choose between an expedition into the area’s bird life and a tour to see the aurochs and Exmoor ponies. On both programmes they also learn about the other inhabitants of Porsche’s natural landscape – including amphibians, bats, honey bees and wild animals such as deer and badgers.

Porsche Leipzig is expanding its commitment to youth development

Through the “Porsche Safari”, Porsche Leipzig is expanding its commitment to youth development. For example, the sports car manufacturer has been working alongside the Bundesliga football team RB Leipzig to support youth football for the past four years. Joint projects include the “Leipzig Quarter-Finals” and support for the RB Leipzig Academy. Porsche also supports talented youngsters away from the football field: As part of the courses provided by the VDI GaraGe technology centre, the company has offered students insights into the field of automotive technology in the Porsche technology workshop since 2001.

“Porsche Safari” in the summer holidays at Porsche Leipzig

An experience programme is being set up for young nature lovers at the off-road track at Porsche Leipzig. 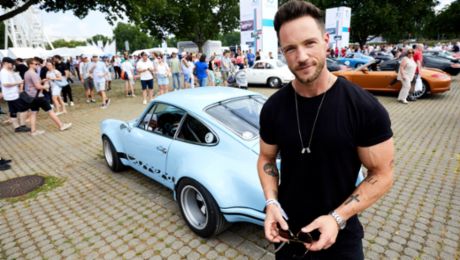 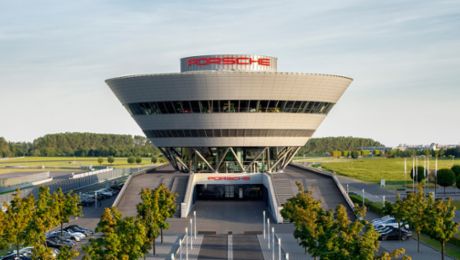 Together with mobile network supplier Ericsson, Porsche has launched a 5G research network at its Leipzig factory.