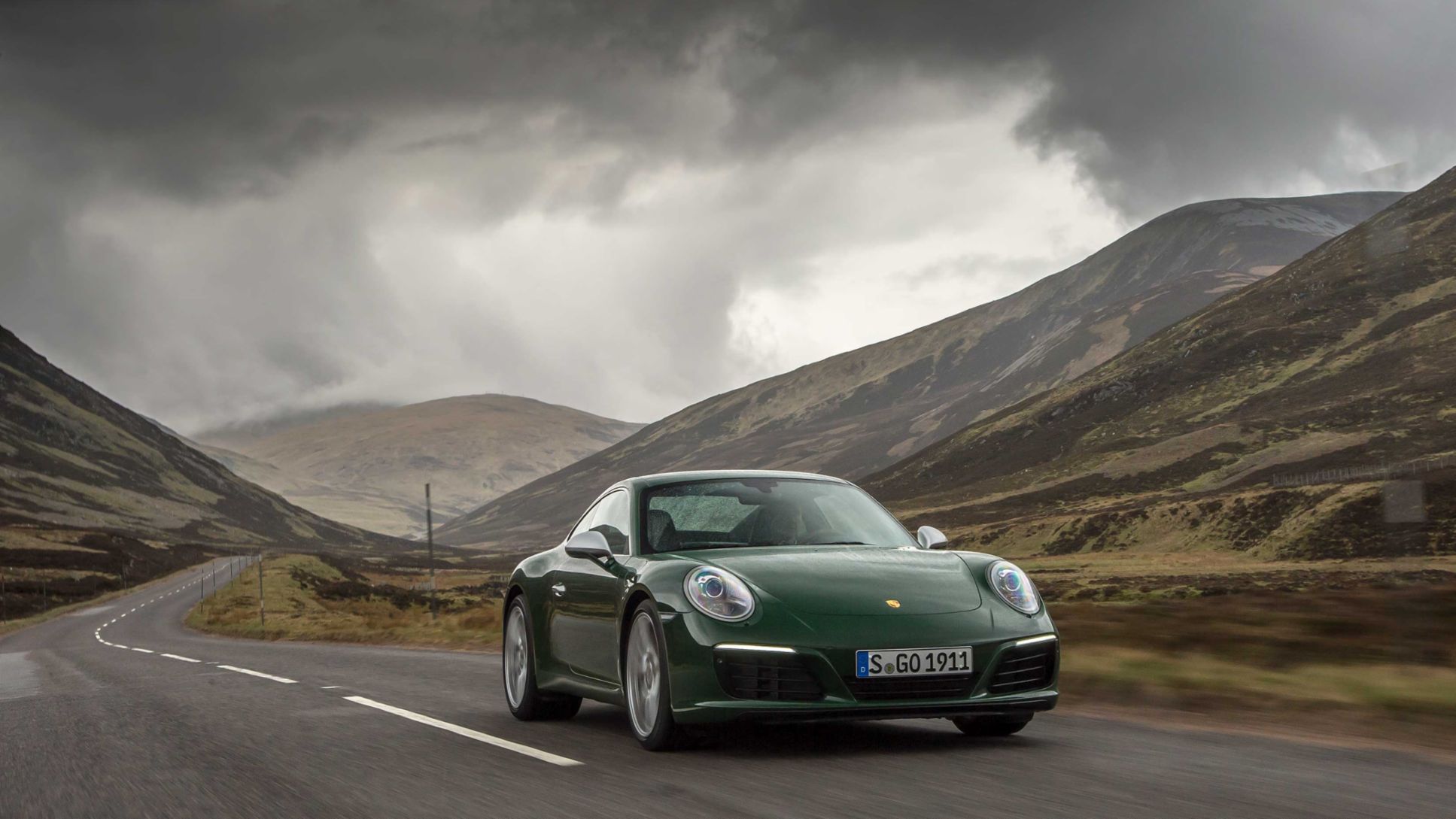 The millionth 911 takes to the road

The moment the millionth example of the Porsche 911 took to the roads for the first time has been marked appropriately – with a road trip in the Scottish Highlands.

The Porsche 911 has, for more than 50 years, been focussed on delivering exhilaration and fun in an unrivalled package – and so it’s apt that such a significant car should cover its first miles on some of the most challenging and exciting roads to be found anywhere in Europe – in the beautiful Scottish Highlands.

A convoy of 911s – led by the one millionth example – embarked on an ambitious and demanding road trip. From the starting point at Edinburgh Castle, looking down on Scotland’s capital city, the road trip began under the watch of a police escort. As the sun rose, the 20-strong gathering of cars, comprising of an array of 911s spanning 50 years - from a 1967 Targa, via the 964, the 993, 996 and even a 959 and an incredibly rare GT1 – passed unimpeded through the streets of Edinburgh on their way to the Scottish West Coast and the Kyle of Lochalsh, just south of the Isle of Skye.

Driving the cars were journalists and enthusiastic private owners from around the world – joined by the 911’s Model Line Director, Thomas Krickelberg and GT Model Line Director, Andreas Preuninger. Over two days, the road trip covered nearly 500 miles. The versatility and performance of the 911 – two defining attributes of the car – came to the fore on the road trip, as the journalists drove the cars against a backdrop of spectacular scenery and in diverse conditions, from warm sunshine to heavy rain, the latter meaning the roof of the 997 Speedster was in frequent use. The cars coped without incident – covering the miles in spectacular style.

An overnight stop at Fonab Castle, overlooking Loch Faskally, near Pitlochry in Perthshire preceded a visit to the remote and dramatic Knockhill Race Circuit, located high in the hills above Edinburgh. At the track, the journalists were able to experience the other side of the 911’s character, with examples of the mighty 911 GT3 Cup cars taking to the circuit, with veteran racer Tim Harvey and Porsche Carrera Cup GB scholar, Charlie Eastwood, providing passenger experiences for the guests. Joining the racers were examples of the most focussed 911s in recent times, the 997 generation GT2 RS and the GT3 RS 4.0.

The road trip finished in Edinburgh – bearing the scars of their adventure, with brake dust blackening the wheels and dirt and road debris having accumulated over the one pristine bodywork of the millionth 911. The car hardly stopped moving over the course of its first 48 hours on the road – it was driven hard and treated like any other 911. It was an appropriately low key way of marketing such an occasion – doing what the 911 was always designed to do.