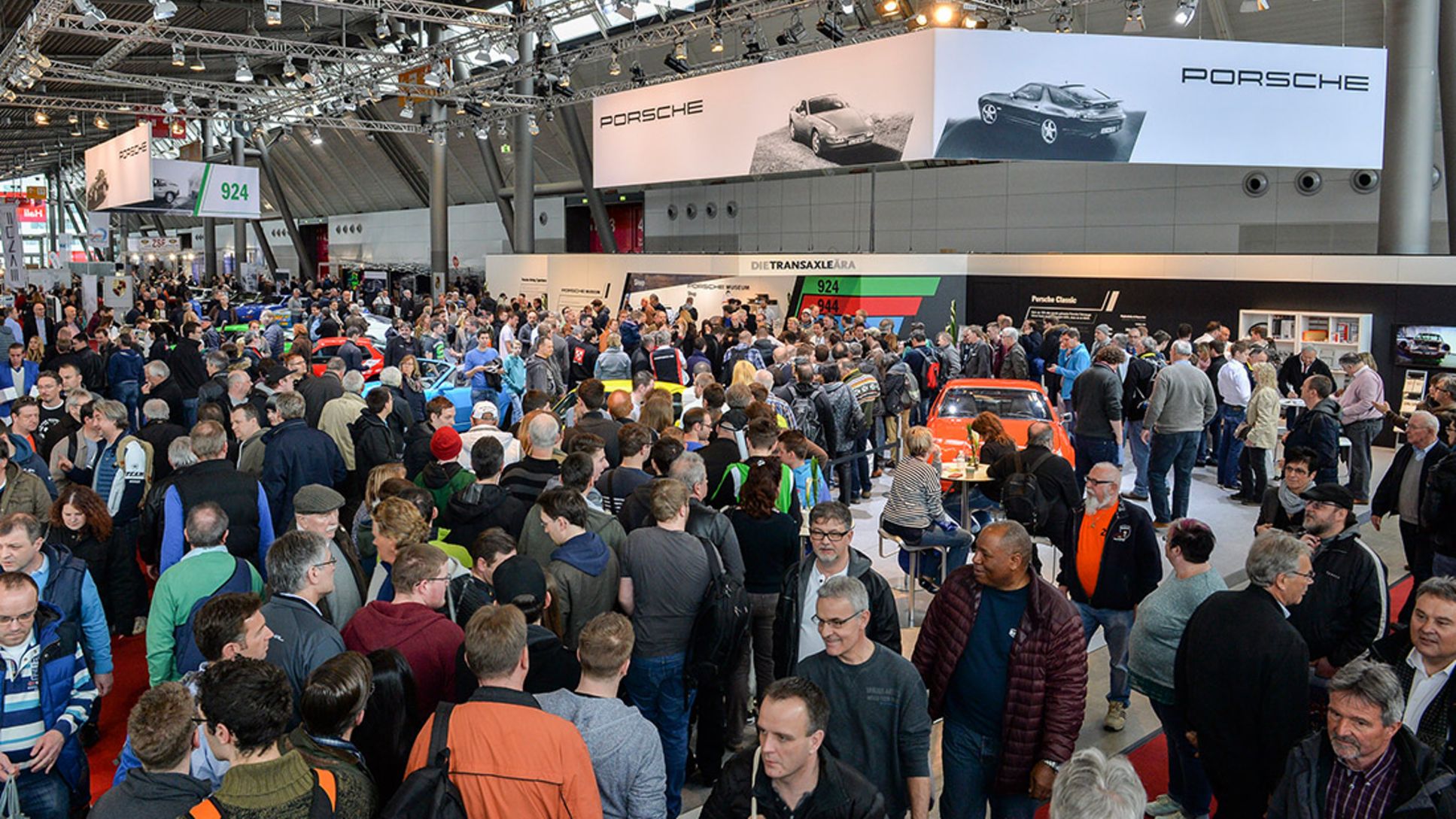 For the first time ever Porsche has been presenting representatives of the 924, 928, 944 and 968 model lines at Europe’s largest classic car exhibition. Former and current racing drivers were there to sign autographs. An overview.

Premiere at the Stuttgart Trade Fair Centre: to mark the 40th anniversary of the transaxle models, the Porsche Museum has for the first time been showing one representative each from the model lines 924, 928, 944 and 968 at Retro Classics. In the years between 1976 and 1995, Porsche built a generation of sports cars that were far removed from the established principles of the 911. With water-cooled front engines and transaxle gearboxes on the rear axle, the Porsche engineers in Weissach of that era were venturing into new technical territory.

In a discussion featuring experts at Europe’s largest classic car convention, two pioneers of this technology looked back on the celebrated generations: Harm Lagaay and Georg A. Ledert. The former head of the Porsche design department in Weissach, Harm Lagaay, was among those who played a key role in the design of the Porsche 924. As head of publicity of Porsche for many years, Georg A. Ledert was also actively involved in shaping the transaxle era.

Other icons from the history of Porsche in the persons of Walter Röhrl and Hans Herrmann were also making guest appearances at the exhibition. Walter Röhrl – a legend from the 80s and 90s – remains to this day the only German world champion rally driver. Hans Herrmann, on the other hand, is the only racing driver from Germany to win the four great classics from his era: the 24 Hours of Daytona, the Twelve Hours of Sebring, the 1000 Kilometres of Paris and the 24 Hours of Le Mans.

Visitors looking for an opportunity to take an active part in the exhibition were able to enjoy a virtual driving experience at the Porsche booth extending over an area of 580 square metres. The Porsche Drive Experience provided exclusive events including the Porsche 911 GT3 Cup. Another first at the show was the opportunity for visitors to hire out the current generation of the 911 (991 II). The experts from Porsche Classic were on hand for discussions on restorations and repairs for Porsche classics.

For the 43rd International Museum Day, the Porsche Museum is throwing open its doors to one and all on 17 May 2020.

Fuel consumption / Emissions
CO2 emissions combined 0 g/km
Electricity consumption combined 27.0 – 26.2 kWh/100 km
Porsche uses cookies to optimise and improve the website, as well as enable the availability of certain functions. By continuing to use this website, you agree to our use of cookies. For further information, please click  here