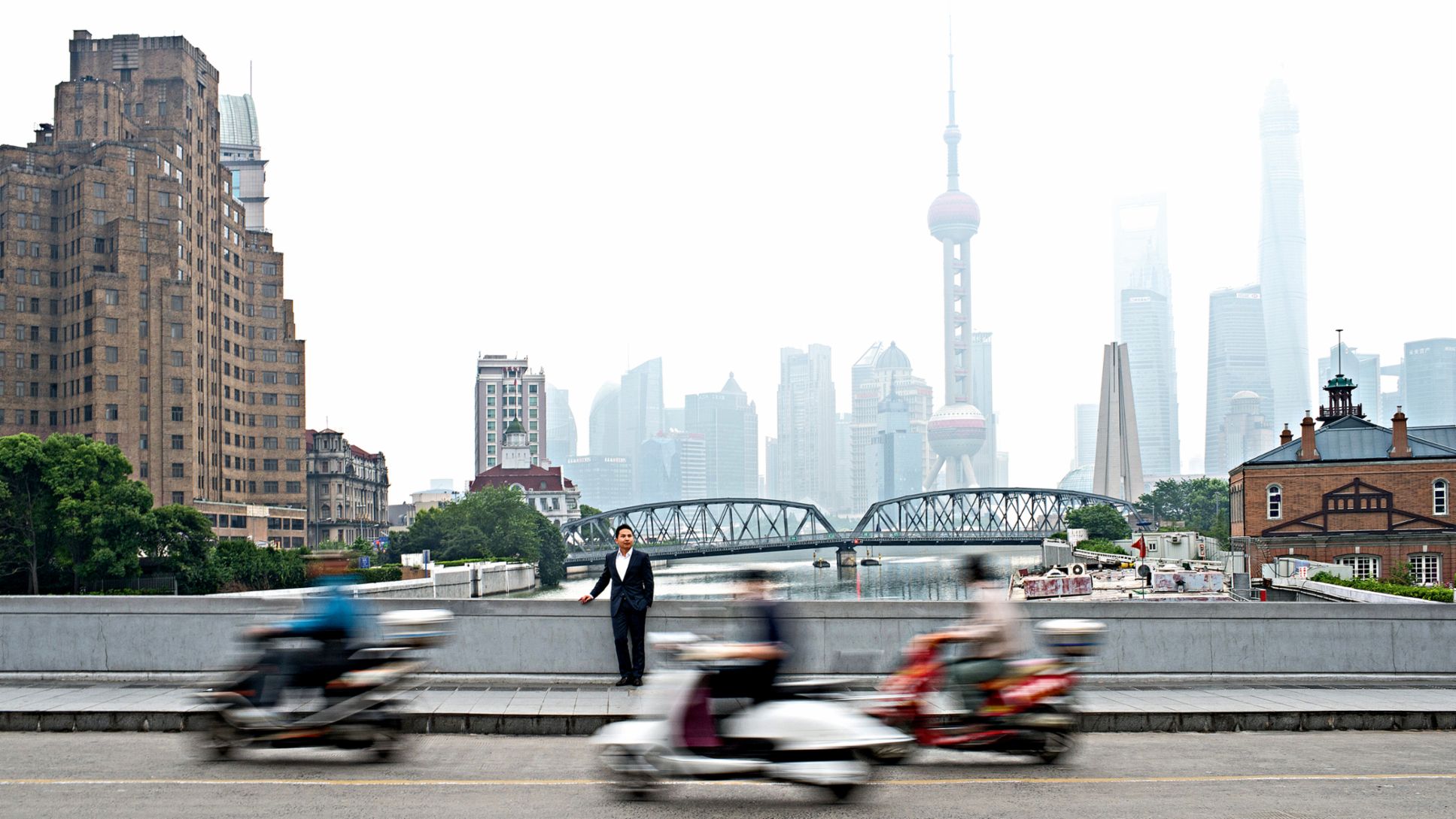 Porsche-Consultants are at work throughout the world, helping to build a power plant in the jungle, solve crises in Italy, or set up a paint shop in China.

When Keith Lamar (38) first interacts with his clients, he does so with open ears and an open mind. When people talk, he listens–regardless of their position within the hierarchy. “A lot of people feel that their voices aren’t heard. True progress is made when the solution involves the entire organization,” says the native Atlantan, who holds an MBA as well as a master’s degree in project management.

Although Lamar’s work as a Senior Consultant at Porsche Consulting in Atlanta is strategically driven by quality, cost, and delivery service, his focus is additionally shared with the individuals who comprise the organization. “It is my job to pinpoint and understand the problem. In order for consulting to help our clients, it must strengthen company performance and make work life easier for all parties involved.” He applied this philosophy, for example, with a client in the aerospace industry.

“The staff worked in conditions that resulted in long hours and poor productivity,” says Lamar. The consultants wanted to avoid applying a general textbook solution, so they worked with the employees to develop a unique method tailored to their circumstances. “When I see the smiles and sometimes tears of relief on people’s faces because their problem is finally remedied, it’s very gratifying,“ says Lamar. “My responsibility is to support people in driving key performance indicators in a positive direction, while reducing the stress that comes along with an inefficient and ineffective work environment.”

The optimists—For love of perfection

Italy’s economy remains in trouble. The country is finding it very difficult to emerge from the crisis on its own. It has lost its competitiveness as a business location. The indices are pointing downwards, with electricity, for example, much more expensive than in neighboring countries. Production costs, too, are disproportionately high. Add to that the red tape and a weak infrastructure. Italy’s industrial production has fallen back to the level of the early 1990s.

One of the people who is taking action, rolling up his sleeves, and helping out his homeland is Federico Magno (41). A northern Italian in heart and soul, he also has a great fondness for Germany. His specialty is the modello tedesco—the German model—with which he wants to rev up the Italian economy. The founder and until recently also the director of Porsche Consulting’s office in Milan, Magno remarks that “for Italians, Germany represents efficiency, seriousness, and stable processes.”

His compatriots long for these elements. And so he is commissioned by Italian automotive suppliers, coffee roasters, airport operators, and furniture makers, as well as by orange juice bottlers and transmission specialists. They all want to reposition themselves. “Our clients view Porsche as a synonym for innovation, top performance, and outstanding management,” he says.

His colleague Sharon Archetti describes the German approach as “thinking in strategic terms but working in practical terms.” She mentions the Illycaffè espresso maker in Trieste as an example, where a team from Porsche Consulting lowered the cost of coffee capsule production by 15 percent. At the same time, the consultants helped develop and implement the Illy marketing and sales strategy for 2020. Sulzer Friction Systems, an automotive supplier from Arzano near Naples, followed Porsche’s island configuration for its production system to reduce those costs by 28 percent and double its output. That represents a decisive step on the road to economic stability.

Consultant Sharon Archetti (26) takes a grassroots approach. At the Bonfiglioli gearbox company, the first thing she did was put on overalls and take a detailed look at the production processes. The core task was to optimize the interplay of production among the company’s plants worldwide, including Italy, Germany, the USA, and India. “We don’t hand the customer a list of clever ideas. Instead, we rapidly and pragmatically put our ideas into actual practice—while retaining an overall perspective,” she says. She often benefits from her colleagues’ experience. As she puts it, “We consultants are always ready to help each other, and to be successful together.”

Federico Magno and his powerful team quickly attracted the attention of Italian business journalists. Writers for Harvard Business Review, the Business & Gentlemen magazine, and Italy’s leading business paper Il Sole 24 Ore all want guest articles from the through-and-through Italian with German qualities. He has recently been sending these journalists to a colleague of his, Dr. Josef Nierling, with whom he has worked closely together for a long time and who has taken over directorship of the office in Milan.

And Magno has returned to where he started as an intern back in 1998—to the German headquarters of Porsche Consulting. As a partner he now concentrates on the international automobile industry. But he has promised to keep a close eye on Italy. “There’s a way out of the crisis,” he says. “If a lot of my compatriots change course, things will turn up again.”

The mediator—Building trust with patience

When Porsche Consulting opened an office in Shanghai in February of 2013, Jing Chen (32) was the first consultant to move in. Since then he has hardly seen his desk again. An economic engineer, he primarily advises European and American mechanical engineering companies and carmakers with subsidiaries in China. At the moment he is advising a US farm machinery specialist as they set up a paint shop, supervising the project from planning to start-up. “Each project is special,” Chen says. “This one is exciting because the client is new to China.”

For their part, the clients are interested not only in his technical expertise. Chen also acts as a mediator between cultures. The paint shop project alone has Americans, French, Germans, and Italians working on it. Their bold and direct manner often strikes the Chinese as strange. “Asians are very reserved in public. They are concerned about losing face if they say something wrong. You need a lot of patience to build trust.”

Chen, who was born in the southern Chinese city of Guangzhou, is also superbly acquainted with Western culture. He lived for ten years in Germany, put down roots in Berlin, and indulged his great passion. “If you love sports cars like I do, you simply have to come to Germany—the cradle of the automotive industry,” he says. And he speaks German perfectly, of course, even if he himself would never put it that way—due to Asian modesty.

The designer—Power pack at the Amazon

To reach Arlan Cardoso (33) you might need some patience. “I often spend weeks in the jungle,” says this Senior Expert for Porsche Consulting in Brazil. Belo Monte, the third largest hydroelectric plant in the world, is under construction right now on the Xingu River, a tributary of the Amazon. It is expected to provide power for 50 million people, or eleven percent of the country’s needs. “It’s gigantic,” says Cardoso, an engineer and expert in plant construction. Cardoso and his team were active back in the planning stages to show how the 15-billion dollar plant could be built more efficiently. Now with construction underway, they are synchronizing processes and coordinating activities, materials, and transport. No easy task with 27,000 workers at this enormous site.

Cardoso has worked in Canada, Italy, China, and his homeland Brazil. Last year alone he supervised eight projects for customers in five sectors, including plant construction, wind power, and the automotive industry. “But I never thought I’d be working in the middle of a jungle,” he remarks. Thanks to successes at the Belo Monte mega-construction site, Cardoso is a sought-after speaker at international conferences and he also meets with leading politicians and business delegations.

“I love this project and I’m proud of our involvement in it,” he says. That makes him willing to accept the little challenges at his place of work in the Amazon region: continuous rain in the winter, oppressive heat in the summer, and poor Internet and phone connections. In exchange he gets crocodiles blocking the road. For protection against snakes in the dense underbrush, he always wears thick leg guards. He never imagined that they could be part of a consultant’s gear. But he’ll also never trade his job for one in an office.

Henriette Fleischmann (30) is a good example of what makes Porsche Consulting exceptional. She gains her experience and expertise directly at Porsche factories. This Senior Consultant with a master’s degree in sales and marketing takes the knowledge that she acquires from projects supervised at the sports carmaker and uses it for consulting jobs throughout the automotive industry. “These jobs might have to do with the new business field of networked and driverless cars, for example. We’re not only thinking about what buyers will want ten years from now, but also designing the future industrial processes and organizational structures that are needed to fulfill those wishes on time,” she says.

But there is enough work in the present as well. “In order for a truck manufacturer to meet their strategic goals as efficiently as possible, we help them control their various projects so cleverly that resources are conserved,” she explains. Henriette Fleischmann also develops strategies that allow the best possible degree of coordination between the life cycles of current and future car models. It’s not an easy job. “You’ve got to be assertive,” she says as one of numerous women now who have made a place for themselves in what used to be a man’s profession. For Fleischmann, that’s nothing special at all. “Consultants are judged by solid, measurable results. It doesn’t matter whether a woman or a man delivers those results.” 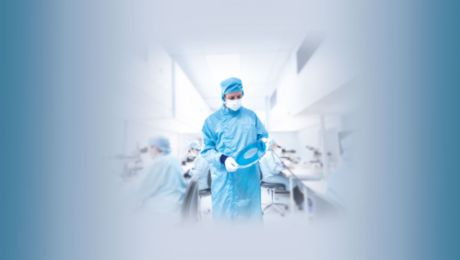 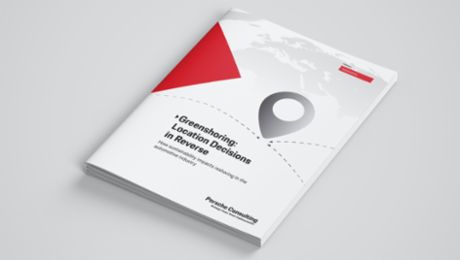 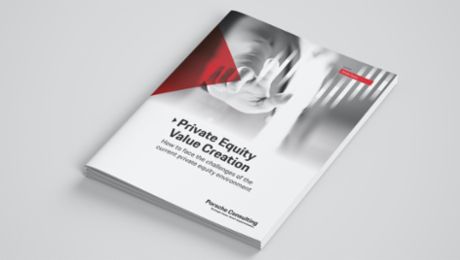