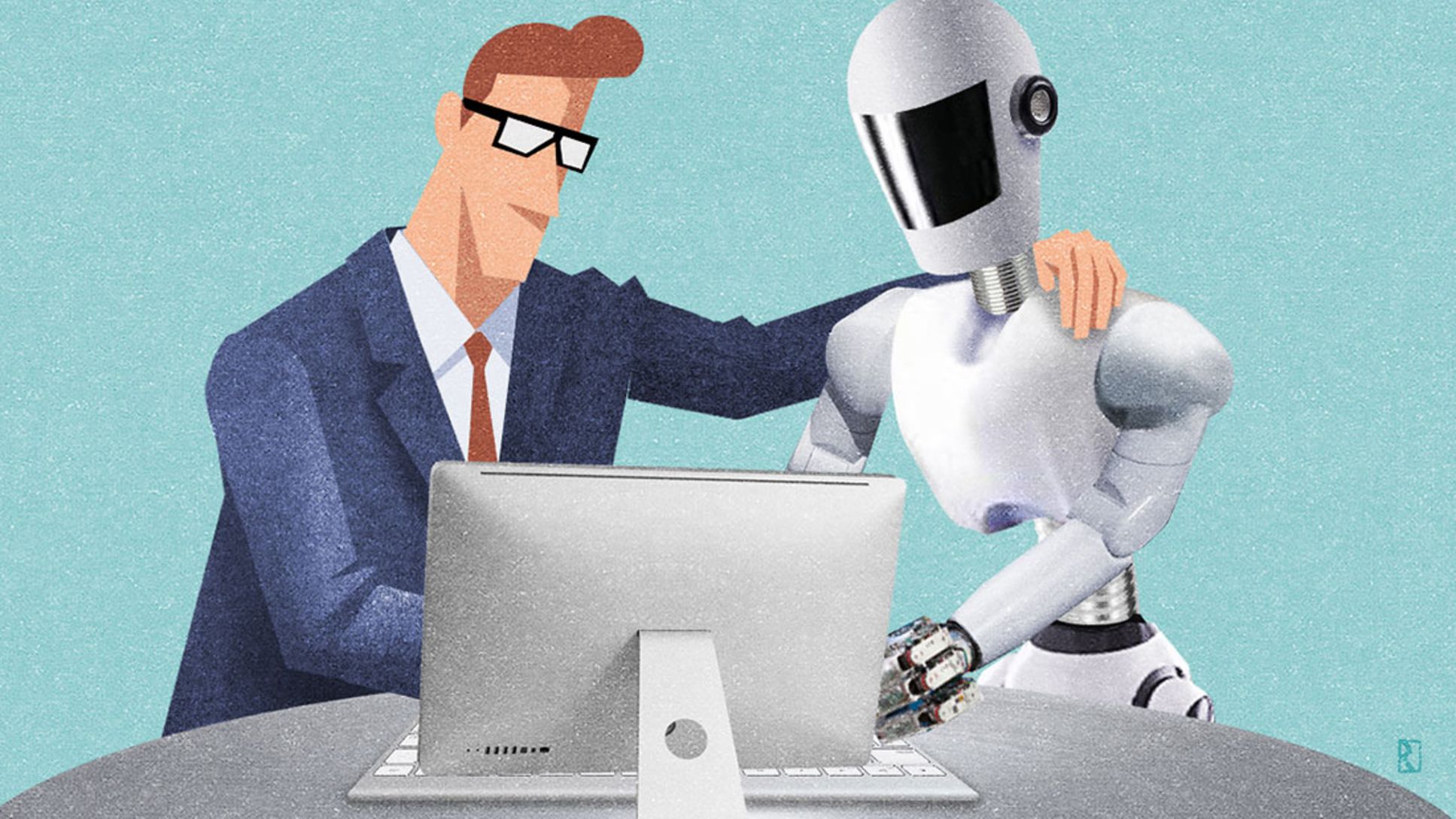 Survey by Porsche Consulting: “Employees want to be more involved in shaping the future”.

Will my future co-workers be robots? Will computerized machines be handling complex tasks that could previously only be done by humans? Some employees are still doubtful and uneasy about the future, often due to insufficient information. One in four employees in Germany would prefer that their jobs not be affected by digitization. That figure rises to 31 percent for those aged 55 to 65. These are results of a recent representative survey of 1,004 employees from all branches of industry and commerce as well as the public sector, commissioned by the Porsche Consulting management consultancy and carried out by the Forsa market research company.

Half of respondents report upcoming changes in their work environments due to digitization. This figure rises to 71 percent among those at large companies or corporations with workforces of more than 5,000 people. Of respondents at small companies with fewer than 50 employees, 32 percent report new developments. Only 13 percent of respondents have yet to see any effects of the digital transformation on the job, according to this survey of employees aged 25 to 65 commissioned by Porsche Consulting.

Where digitization has already arrived at work stations, the responses are largely positive. Sixty-four percent of respondents say that digital technologies have made “many things go faster.” Sixty-one percent report that their work is now easier. And half say that they “can now work in more flexible ways, and are less bound to set times and places.”

Computers and robots take over tasks

Rapid further development of innovative technologies is leading to new formations at work stations. At many companies, humans, high-performance computers, and robots have come together in teams that work in interactive ways. The spread of new forms of work is accelerating at German companies. Forty-two percent of employees say that computers and robots have taken over tasks previously done by people in their immediate work environments over recent years.

This transformation poses a special challenge to business managers and leadership personnel. “Each employee should receive individual guidance on their road to a digital work environment,” says Eberhard Weiblen, President of the Executive Board of Porsche Consulting. This guidance should cover not only the process of change itself. It should devote just as much attention to promoting active employee participation in developing practical solutions. “The teams that actually do the work in question often make the best suggestions. You just have to ask them,” is Weiblen’s observation from consultancy projects.

There is great willingness within the workforce to help shape the digital transformation on an active basis. Three out of four employees (73%) would like to contribute more to their companies when it comes to developing new products and services, or new forms of working together. Forty-four percent already participate actively (women: 38%; men: 50%). Another 29 percent “would like to” at least, but have not yet done so for lack of opportunity at their companies.

On the other hand, 24 percent of employees show no interest in participating in new developments. According to Weiblen, “For digitization to be successful, every employee has to be motivated. No manager can afford long-term to have a quarter of the personnel not committed to further developing the business.” He goes on to state that every digital agenda must emphasize the importance of “comprehensive further training, internal communications, and employee motivation.” Regarding further training, this should not consist of rigid classroom learning. When introducing or increasing digitization, foresighted managers “create experiences that make new approaches more tangible.” As he adds, “Hands-on experience makes employees more willing to assimilate new ways of doing things and to further develop their own skills. At our own company, in the automotive industry, we see how much capital there is in highly motivated employees – all the more so during periods of major change.”

Many companies have apparently already set their course when it comes to employee participation in the digital transformation. Sixty-six percent of respondents say that their companies promote their participation in new developments. This approach is currently somewhat stronger at industrial companies (70%) and in the service sector (69%) than in the public sector (60%). The positive effects are evident: where employee participation is emphasized, considerably more people take the initiative to contribute to new developments than at companies without such programs.

This was a representative survey of 1,004 employees aged 25-65 – chosen by systematic random selection – throughout Germany. The interviews were carried out by the Forsa market research institute from October 18 to 28, 2016.