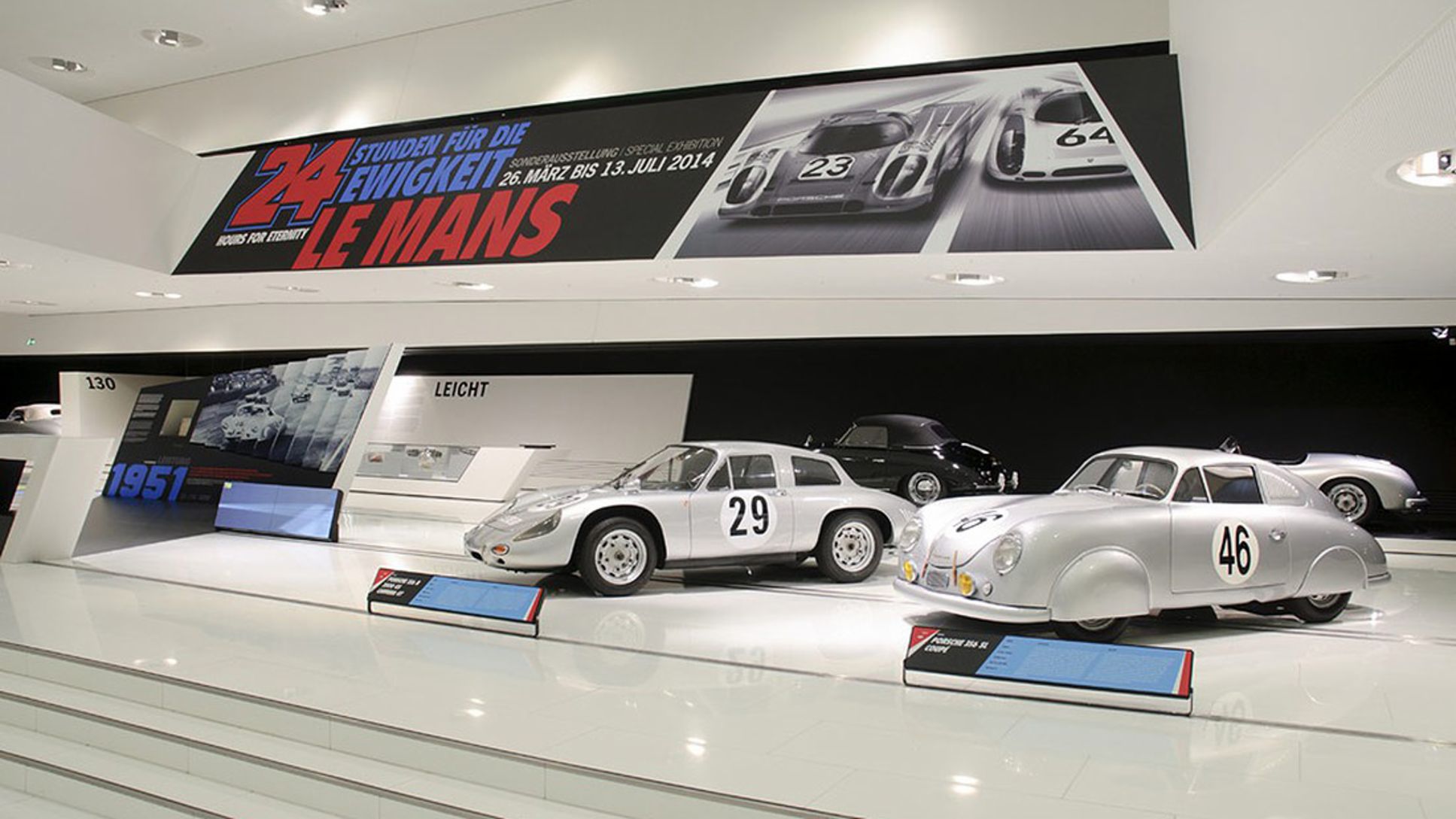 On the weekend of the race, the Porsche Museum will use the return to Le Mans as an opportunity to be open for the first time for more than 24 hours

In 2014 Porsche is kicking off with the most extensive motorsport programme in the company's history: The highlight will be the 24 hours of Le Mans on June, 14 and 15. In the top category LMP1 Porsche is taking part again with two 919 Hybrid for the first time after its last overall victory in 1998. Also in the GTE-Pro class the Porsche factory team will defend its double win from last year. Beyond that a range of customer teams like US actor Patrick Dempsey of Team Dempsey Racing Proton, will attend the 24 hours as well.

On the weekend of the race, the Porsche Museum will use the return to Le Mans as an opportunity to be open for the first time for more than 24 hours straight, from Saturday, June 14, starting at 9:00 a.m., until Sunday, June 15, 6:00 p.m., non-stop. Visitors and fans of the classic endurance race in France can follow the race live as part of a public viewing programme on several monitors inside and around the museum building. The Porsche Museum will be broadcasting the race continually not just in the midst of the exhibition but also in the workshop, in the courtyard, on the event level as well as in all restaurant and refreshment areas. In the outside areas, which will be transformed into a “French village,” the 24 Hours will be presented on an LED screen. Entrance is free of charge on this racing weekend.

The Porsche Museum is offering a special supporting programme

For the visitors, presenter Walter Zipser will comment on all that happens on the race track. For the endurance race, the Porsche Museum is also offering a special supporting programme: at every hour on the hour, guided tours through the “24 Hours for Eternity” special exhibition will start in the lobby, during which the 919 Hybrid as a show car can be viewed alongside 20 different Le Mans classic race cars. In addition, the Porsche Museum is extending an invitation to its visitors to take part in the 24-hour Carrera race track challenge and take a seat in “Le Mans driving simulators.” Anybody who would actually like to stay overnight at the Museum can follow the course of the race at night from a cot in the workshop.

And the little motor racing fans will be happy too: on both days, children can knead a racing car from plasticine or colour one in a colouring book from 9:00 a.m. till 6:00 p.m., for example, or play the “Le Mans board game”, “Porsche Memory” as well as various “Porsche puzzles”. With the “change of drivers”, the motorists of the day after tomorrow will have the privilege of showing how fast they can change into a full racing suit and then can climb into a Porsche. Legendary Porsche race cars that competed at Le Mans in the 1950s and 1960s will bring life to the courtyard of the Museum.

French cuisine in the Christophorus restaurant

The Museum restaurants await its guests with French cuisine, with a “Le Mans Menu” in the Christophorus restaurant for EUR 89.00 per person on Saturday evening (prior notification at: restaurant-christophorus@porsche.de or +49 (0)711 911 25980). On Sunday, June 15, the race can be followed again at the event level with a “Le Mans Brunch” as of 10:30 a.m. (EUR 45.00 per person) (reservations at: info.museum@porsche.de or +49 (0)711 911 20911). For night owls, the “Boxenstopp” bistro will have a “petit déjeuner” available as early as 7:00 a.m. Choice specialities from France are going to be on offer outside in the “French village” the entire weekend through.

In addition, the Museum Shop is selling a selection of special items revolving around the 24-Hour race. Along with posters, postcards and polo shirts, all 16 overall winners of Le Mans will be available as model cars in a scale of 1:43. The price will be 49.00 euros each.