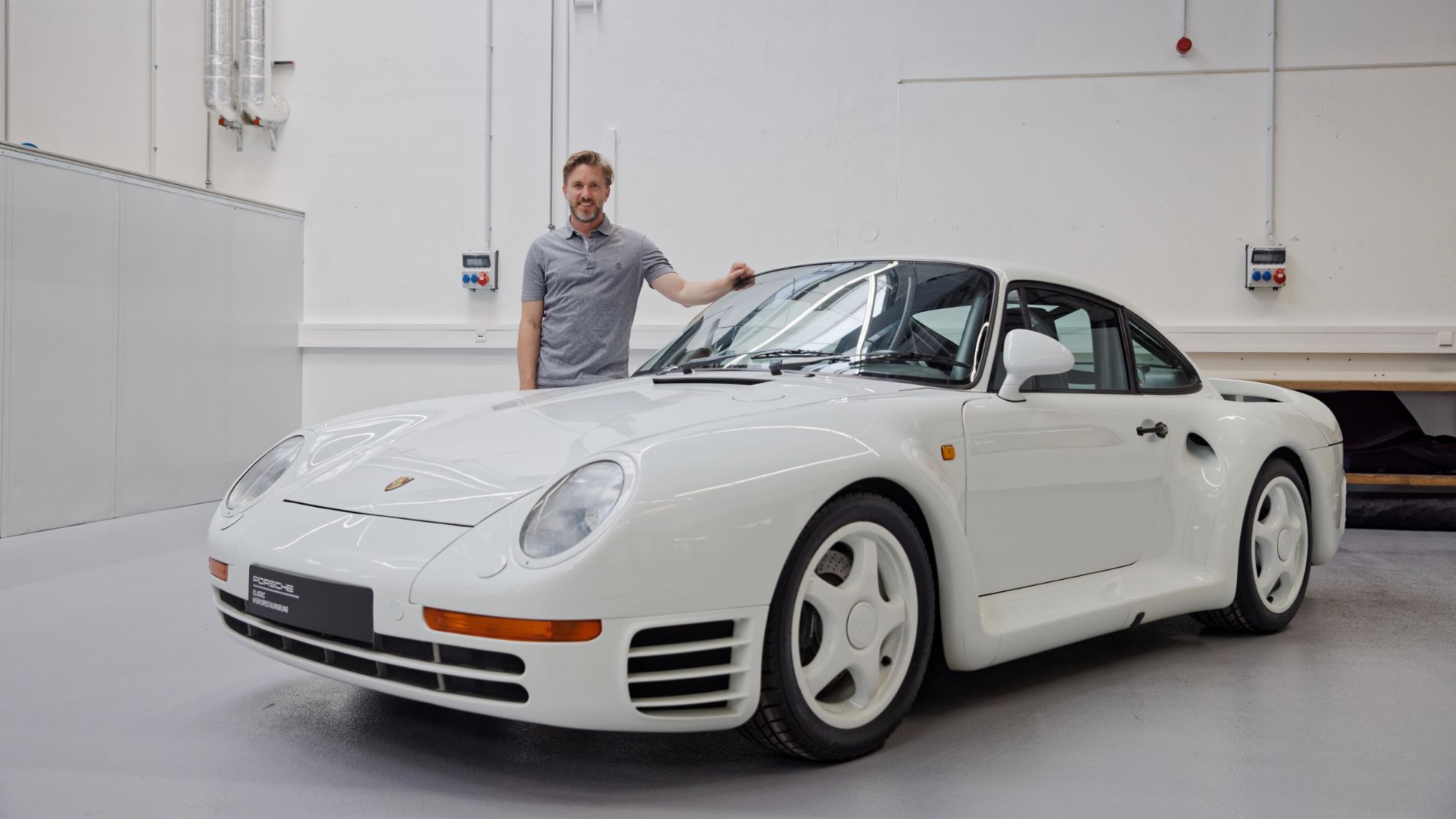 The Sport version is more powerful, boasts 515 PS and reaches a top speed of 339 km/h. And this collector’s item has another record-breaking string to its bow as well: low mileage. Heidfeld’s 959 S had just 4,183 kilometres on the odometer when he took it to Porsche Classic in the summer of 2017.

Although barely broken-in, this 959 was already in need of an extensive technical overhaul: “If such a technologically innovative car is not driven regularly, storage damage is, unfortunately, unavoidable," says Uwe Makrutzki, Head of Factory Restoration at Porsche Classic. “The powertrain and chassis have to be overhauled in their entirety; experience has shown that any reduction to the scope of work leads to problems down the road.”

Like all owners of a classic Porsche, those with a 959 in their garage benefit from the unique expertise and equipment of this fully integrated department of the company: when production of the super sports car came to an end, Porsche Classic took ownership of all the testing and restoration tools from all areas of the factory. Added to that is a great deal of experience with this rare model: “Almost all 959s have been with us at least once in their life,” says Makrutzki. “So we have had a lot of practice. Thanks to the highly complex technology, however, a 959 overhaul is always a very special and wonderful mission.” In the case of Heidfeld’s 959 S, the diagnosis revealed, among other things, that the engine management system had been modified. In consultation with the owner, Porsche Classic staff restored the Motronic unit to its original condition.

The former Formula One driver’s 959 S was then ready to hit the road again in December 2021. Heidfeld: “I’ve had the privilege of driving many high-performance cars, but driving this high-tech legend is something special for me. I was a teenage car fan in the late 1980s, and to me this Porsche was always extraordinary. At the time, the 959 was the fastest production car in the world and by far the most advanced. So even today, it doesn’t drive like a 30-year-old car, but like a much more modern vehicle.”

To ensure the repair is a long-term success, Makrutzki advises regular outings: “Covering around 100 kilometres in mixed operation at least once a month provides protection from damage due to standing still. That’s also what the feedback from our customers has shown.” The now restored 959 S was originally built to the following specification in 1987:

For many car connoisseurs, the 959 is one of the most fascinating sports cars of the last century. In 1983, Porsche presented the ‘Group B’ study, designed to meet the regulations for this spectacular rally class, at the IAA. In the 1986 Paris Dakar Rally, all three 959s finished the race, taking first, second and sixth place. The modified 961 track version also finished seventh in the 1986 endurance race at Le Mans and took the class victory in the IMSA/GTX class.

The production model made its debut at the IAA in 1985. Its innovations included speed-sensitive and adjustable shock absorbers, self-levelling suspension, electronically controlled variable all-wheel drive with driving programme selection and ABS, a tyre pressure monitoring system and an aerodynamically optimised body (Cd 0.31). The body design incorporated technology from racing car and aircraft design: the outer skin was made of Kevlar and glass-fibre-reinforced epoxy resin in a hybrid construction, while the front spoiler was made from polyurethane integral foam. The doors and bonnet were made from a special aluminium alloy.

The 959 was the first production car to have a biturbo boxer engine with sequential turbocharging: these two turbos operating in sequence helped to reduce turbo lag. Titanium conrods reduced the oscillating masses on the crankshaft. The cylinders were air-cooled, as was customary at Porsche at the time, but the four-valve heads were water-cooled. For better heat dissipation, the exhaust valves had a sodium filling. Only 292 examples of the Porsche 959 were built in series production from 1987 to 1988.

The Sport version is even rarer: only 29 units were sold. This variant had larger turbochargers that operated with higher boost pressure. It boasted 515 PS compared to 450 PS in the base model. The 959 S had no self-levelling suspension. The automatic air conditioning, central locking system, electric windows, right-hand side mirror and rear seats were also omitted to help save weight.

With 183 Grand Prix starts in Formula One, Nick Heidfeld is one of the best-known German racing drivers. For 12 years, the Mönchengladbach native drove in Formula One for top teams including BMW, Lotus-Renault, Sauber and Williams. ‘Quick Nick’, as he was nicknamed, finished on the podium 13 times. He finished fifth in the Formula One standings in 2007. His greatest racing triumph came in 2014, when he won his class and finished fourth overall at the 24 Hours of Le Mans. That same year, he was also a guest driver in the Porsche Mobil 1 Supercup. Between 2014 and 2018, Heidfeld competed in Formula E.

The 45-year-old is married, a father of three children and lives in Switzerland. With his first Formula One earnings, Heidfeld bought a Porsche 911 GT2 (996). Currently, the classic car fan’s garage includes a 1965 Ford Mustang Fastback, an old Volkswagen Beetle convertible, and a Porsche Carrera GT. Not to mention the Porsche 959 S freshly overhauled by Porsche Classic. 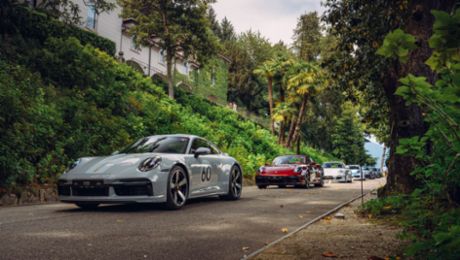 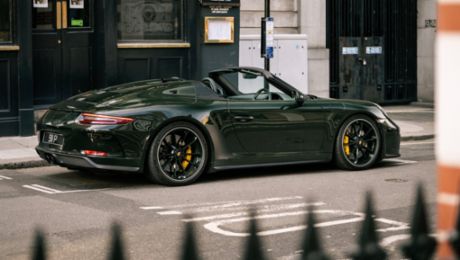 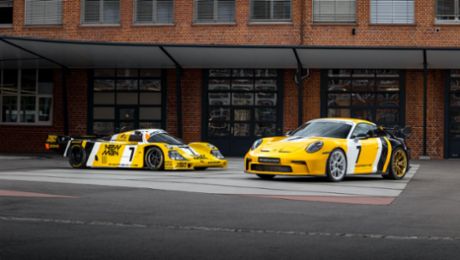 Paolo Barilla, overall winner of Le Mans in 1985 in a 956, has chosen a different reminder of his greatest sporting success.