Following the season finale of the ABB FIA Formula E World Championship, André Lotterer is resting up at home in Monaco before a training camp with teammates. The three-time Le Mans winner and star of both the World Endurance Championship and Japan’s Super GT series has been driving for Porsche in its second season in the all-electric single seater series, bringing a wealth of experience and expert race craft to a new team in an unfamiliar discipline.

Lotterer joined the Porsche family in 2017 when he won a seat in the 919 Hybrid for that year’s WEC. But his passion for the brand goes back many years, and the 39-year-old has an impressive collection of classic and modern Porsche models that he drives whenever possible. Born in Germany, and raised in Belgium, Lotterer found this particular Sunday Drive route by chance when viewing what was to become his holiday home near Luberon. It takes in some of the most spectacular scenery in the south of France and in early summer is made unforgettable by the extraordinary lavender fields that are a trademark of the region.

“The roads out of Monaco into the countryside behind are all really steep and full of hairpins,” Lotterer says, “so the best thing to do is drive down to Nice and then head up to Fréjus. There are lots of beautiful country roads you can choose, but your destination should be the Gorge du Verdon, which is famous for its super-blue water. I did the drive for the first time last year and was amazed by how beautiful it is.”

Lotterer’s route takes him from the town of Fréjus on the coast on a relaxed 90-minute drive to the 700-metre-deep gorge, from where he recommends taking one of the minor roads that fringe its 25 kilometre length for some spectacular views over the gorge towards the Sainte-Croix lake. From here, head west on the D952 and D6 towards Valensole. As a talented amateur photographer in his spare time, this section offers Lotterer the perfect balance between jaw-dropping scenery and fabulous driving.

Roads between the fields of lavender

“When I drove here last year I went straight from Monaco to the Gorge du Verdon and was amazed by how beautiful it all becomes – the curves of the road, the variety of the countryside, the scenery and all these little villages. There are roads that cut straight between the fields of lavender and you just keep going and going. You can drive for half an hour non-stop through this sea of purple. It’s quite a special place.”

Although lavender season in Provence is limited to just a few short weeks from mid-June, the scenery and roads make it a worthwhile road trip at any time of year. “The driving is sweeping curves and long straights,” Lotterer says, “perfect driving roads basically, really flowing and well-maintained. And there are no traffic lights of course! It’s all open countryside with very little traffic. You have some seasonal tourism here, especially during the lavender season, but in general the countryside here is very quiet and nothing like as busy as it is on the coast.”

More challenging drives in the north of Luberon

The terrain is hilly too, but without the sort of severe elevation changes present on some of the popular alpine roads to the northwest. However, Lotterer points out that Mont Ventoux sits a little north of Luberon and is the perfect place for a more challenging drive if you have the desire and the time for a detour.

Asked to select the ideal car for the route, Lotterer initially struggles to choose from his eclectic fleet, before settling, with sound logic, on his personal favourite. “It’s hard to pick as I have several Porsche models in the garage,” he says, “but my favourite is still the Carrera GT. I love to drive it anyway, but this road is made for that car. The Carrera GT is the ultimate driver’s car – manual gearbox, V10 sound – it’s a really raw car to drive but you can still do nice road trips with it and you don’t have to drive it crazy fast to feel all the emotions. It’s a bit of an exotic choice, I know, but that’s the car that really gives me the most pleasure.” 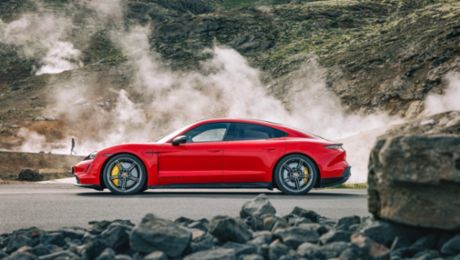 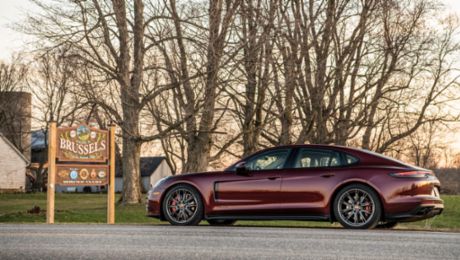