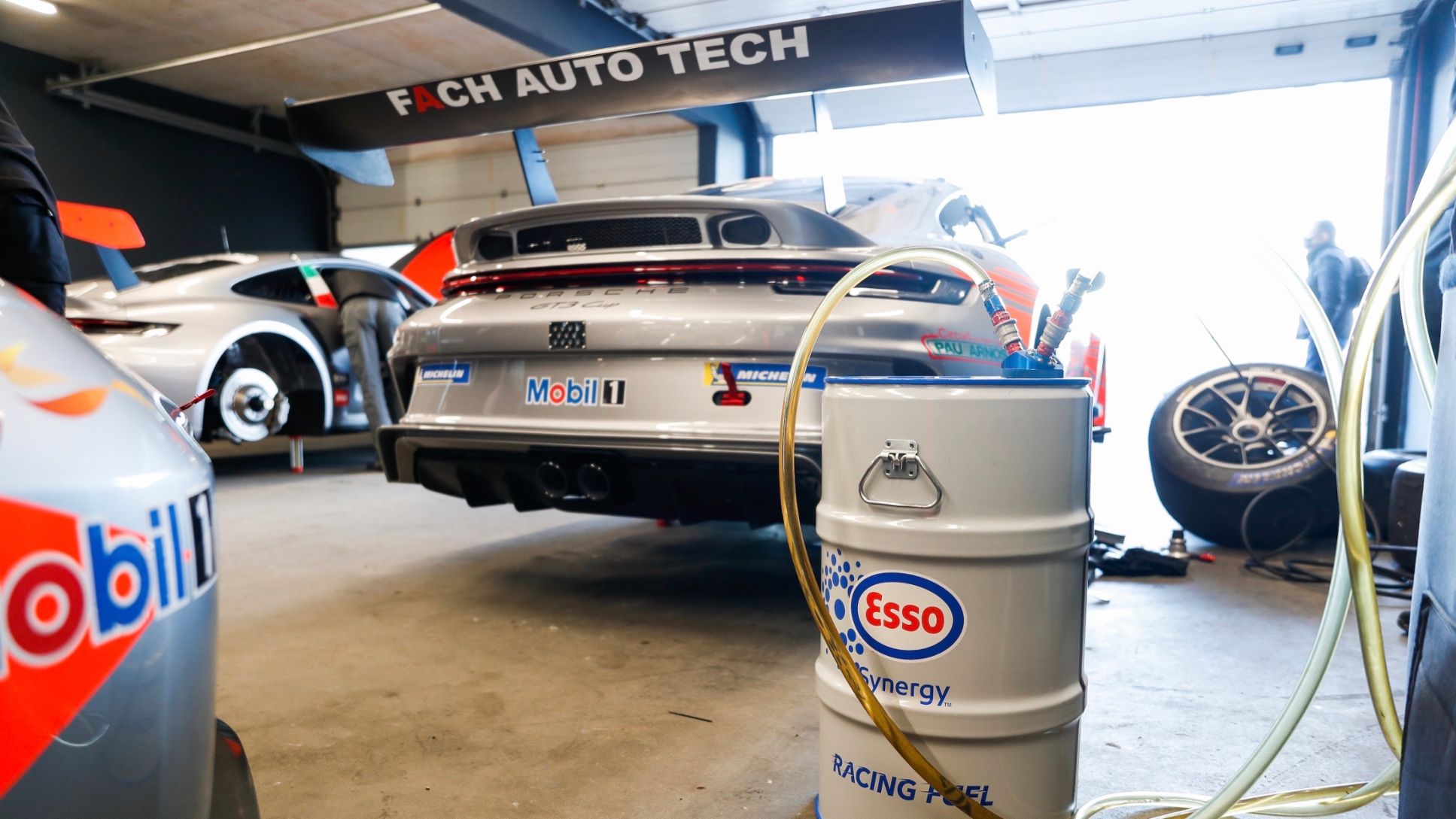 When the 2021 Porsche Mobil 1 Supercup season kicks off, the championship commits to lower-carbon fuels: As a first step, the international one-make cup will use advanced biofuels and eFuels that have the potential to reduce CO₂ emissions significantly.

Porsche and ExxonMobil are teaming up to use this beacon-project to test the viability of renewable liquid fuels under tough motor racing conditions. The new Porsche 911 GT3 Cup with its high-revving high-performance flat-six engine serves as the perfect test laboratory for the Esso Renewable Racing Fuels: The car’s four-litre power unit has been tested to run on renewable fuels. The goal is to gain valuable experiences to find pathways toward potential future consumer adoption. The Porsche Mobil 1 Supercup races are held as support events at eight European rounds of the FIA FORMULA 1 WORLD CHAMPIONSHIP.

Porsche and ExxonMobil are implementing a two-stage strategy in the testing of renewable fuels with the potential to reduce greenhouse gas emissions. In 2021, the drivers contesting the Porsche Mobil 1 Supercup will tackle this season‘s eight races with a blending of bio-based fuel. This advanced bio-fuel is obtained from food waste products. Additional components are blended in to enable the required fuel properties and combustion behaviour. An octane rating of approximately 98 will be achieved.

The next step is expected during 2022 with the introduction of an eFuel sourced from the new Haru Oni pilot project in Chile that generates hydrogen, which is then combined with captured carbon dioxide drawn from the atmosphere to produce methanol. This eFuel is anticipated to reduce greenhouse gas emissions by up to 85 percent, when blended to current market fuel standards for today’s passenger vehicles. In this pilot project, Porsche and ExxonMobil are working with other international partners to advance the development and potential future commercial viability of synthetic fuels.

“The testing of new technologies in racing has a decades-long tradition at Porsche. We’re proud to be able to assume a pioneering role for Porsche on the critical topic of eFuels,” affirms Oliver Schwab, Project Manager Porsche Mobil 1 Supercup. “The Supercup is the first international racing series to use renewable fuels. Given that our races are held as part of the FIA Formula 1 World Championship, we’re very much in the eye of the media, the public and other manufacturers involved in motor racing. As a pioneer in the use of synthetic fuel in Porsche race cars, the Porsche Mobil 1 Supercup takes on an important communication function for the significance of eFuels at Porsche.”

Initial fuel tests since the beginning of 2019

Porsche and ExxonMobil carried out initial fuel tests and gleaned information back at the beginning of 2019. Early in 2020, engine tests were conducted on test benches as well as material compatibility experiments with fuel-system components and functional trials under a wide range of driving conditions. Racing fuel must also meet the special regulation requirements. Porsche and ExxonMobil have worked together to develop the chemical, physical and technical specifications of the Esso Renewable Racing Fuel with this in mind. ExxonMobil also undertakes the final blending of the ready-to-race fuel.

The Esso Renewable Racing Fuel will be used in all races of the 2021 Porsche Mobil 1 Supercup including the first roll-out at Zandvoort in the Netherlands and the two pre-test days held at Monza, Italy. A software update was applied to co-optimize engine and fuel performance. Thus, the engine output of the new 911 GT3 Cup racing car remains unaffected.