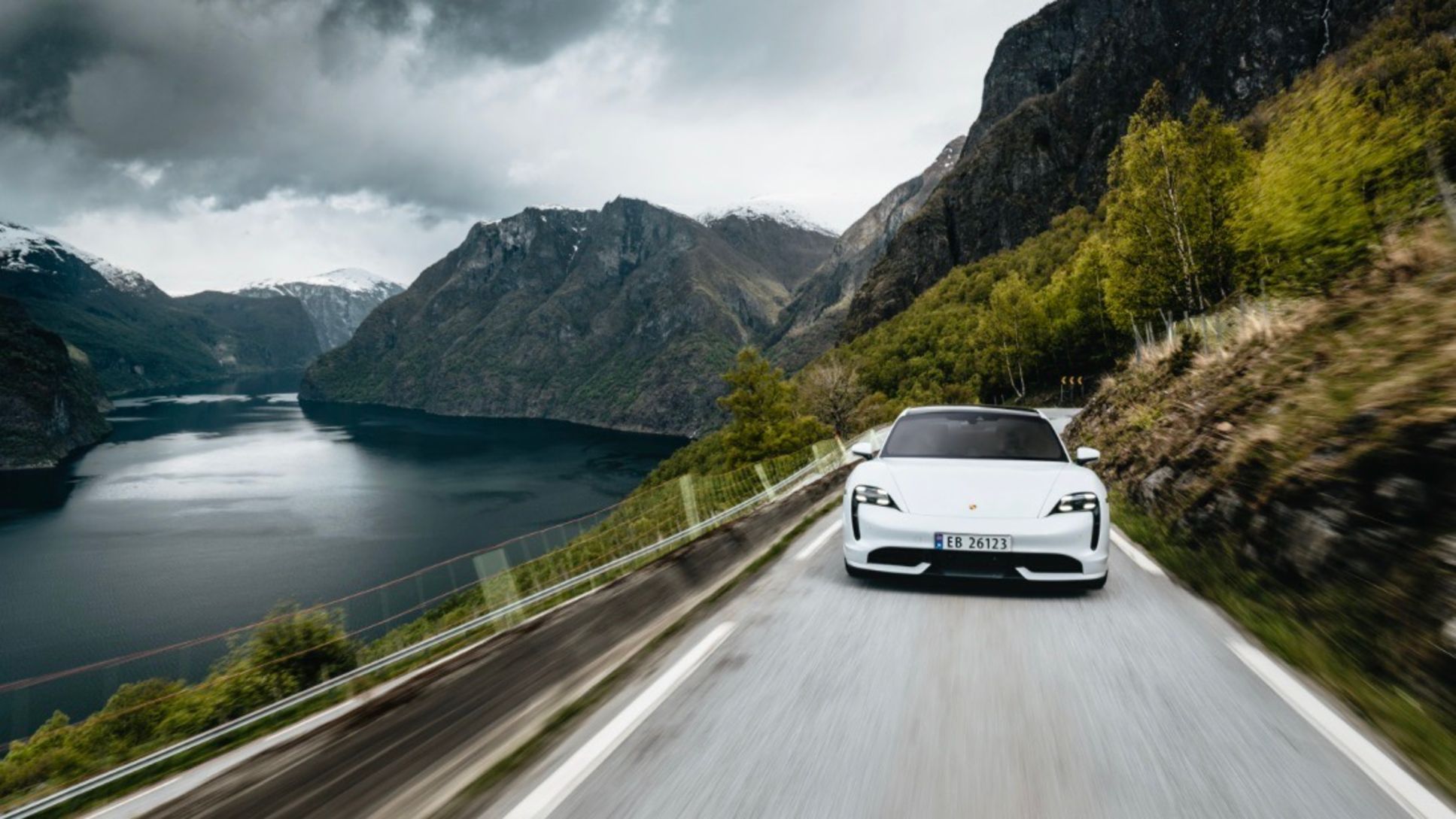 Erling Henningstad loves fast, dynamic cars that handle beautifully. And he has known for many years that an internal combustion engine isn’t necessary to achieve that dream. The Oslo-based IT entrepreneur bought his first electric car back in 2012, and some 250,000 km later, he knows the new powertrain system inside-out.

Henningstad is a man who is passionate about technology – and who meticulously researches every aspect of his car. So when Porsche opened the reservation list in 2018 for what was then still called the Mission E, he didn’t have to think twice – becoming one of the first customers in Norway to sign the order for a car he' d so far only seen a sketch-form. “I’d always dreamed of owning a Porsche,” Henningstad says. “And when an electric model became available, that dream could finally come true. I knew: This will be my car.

Henningstad was positively surprised by the range of his electrically powered Porsche: “It was absolutely sufficient in both summer and winter – and I drove my Taycan in temperatures as low as minus 30 degrees,” he says. Range anxiety – rekkeviddeangst in Norwegian – is not an issue for him. “The dreaded battery drain is also no problem with the Taycan – unlike other electric cars, which noticeably lose charge when stationary for a long period,” he says.

The software expert was also impressed by the charging speed: at a rapid charging station with a capacity of 350 kW, the battery can be charged to 50 per cent in ten minutes. “It’s almost on-par with fossil fuel cars in terms of fueling time,” he adds.

In addition to the benefits offered by Norway’s charging infrastructure, most of the country’s electricity comes from hydroelectric power, making the price of powering an electric car less than those run on fossil fuels. Drivers who opt for electric in Norway also benefit from government incentives, with the 25 per cent value-added tax being waived for electric vehicle purchases, and no extra taxes being levied based on emissions and weight, as is the case with fossil-fueled cars. They are also able to park for free in many places and are allowed to use city bus lanes – an invaluable advantage during rush hour.

Only zero-emission new cars from 2025

The enthusiasm for electrically powered cars goes back a long way in Norway. As early as the 1970s, the Strømmens Verksted company began experimenting with electric vehicles and later, ABB Battery Drives developed a powertrain that was used on a trial basis in the VW Golf Citystromer in 1989. A series of road tests followed from 1990 to 1999, including the Ford Think, but government support for e-mobility really ramped up 30 years ago. At that time, the Bellona Foundation environmental group and the pop stars of aha launched an initiative to abolish the fees for electric cars, which gained majority support in 1990. Since then, electric cars have become an ever-more-frequent sight on Norway’s roads. Meanwhile, the country is fully committed to sustainable drive technologies and from 2025, only zero-emission cars will be registered in Norway.

Little wonder, then, that the majority of Norwegian customers are already opting for electric vehicles: nearly 77,000 electric vehicles were sold there in 2020, representing 54 per cent of all newly registered vehicles. This figure doesn’t include plug-in hybrids, which actually put the share of electrified cars at nearer 75 per cent. The boom has continued this year, too: in March, 56 per cent of all new cars sold were electric models. Even with a population of about 5.4 million, this puts Norway in fourth place in the world for electric vehicle sales, and nowhere in Europe are there more electric cars per capita.

Thanks to the high demand, electric vehicle sales are expected to reach 400,000 by the end of 2021 and the Taycan is enjoying its own success: launched on the Norwegian market in January 2020, the thousandth Taycan customer took delivery of their vehicle at the beginning of November 2020, contributing to a doubling of Porsche sales in the country compared to the same period of the previous year.

Perfect for a wide range of conditions

Erling Henningstad has not regretted his choice for a second and he is completely satisfied after his first few months as a Taycan owner. “The interior of the car is stylish and feels solid,” he says. “And the driving characteristics are phenomenal: with its low centre of gravity, the Taycan is well balanced and offers full control regardless of the conditions.” Being able to change many of the car’s characteristics, such as engine response, suspension settings, and electronic stabilisation, to match either his mood or the conditions, also suits Hennigstad. “The Taycan can handle everything from race tracks to gravel roads,” he says.

The ability to handle different terrain is particularly important in Norway, where almost all families own a weekend home by the sea or in the mountains. A car that can cope well with dirt roads is indispensable. Customers also want sufficient space for several passengers, and to accommodate sports equipment. This makes the new Porsche Taycan Cross Turismo particularly suitable for the Norse market. “All indications are that it will be a perfect fit for adventurous people like me who appreciate the back roads and extra space,” says Henningstad. “I also expect it to drive as superbly as you’d expect from a Porsche. And if it really does handle better on rough roads with the raised ride height, the Taycan Cross Turismo could put the perfect car for me within reach.”

A Q&A with Thomas May, Director Area Northern Europe at Porsche AG

What do customers in Norway look for specifically

They focus on top quality and are very design-savvy. Many Norwegians also have a hytte – a small house in the mountains or on a fjord. They spend almost every weekend there so they need cars with all-wheel drive that offer enough space for the family and luggage. And they need vehicles that function reliably, even in sub-zero temperatures.

What target group could the Taycan Cross Turismo tap into?

It is particularly interesting for customers with high space requirements, such as families with children. The press, in any case, have dubbed it “a dream car” and “a Porsche made for Norway” – at least these are two of many recent headlines. We expect that the Taycan Cross Turismo will have a large market share. So far we have more than 1,700 prospective buyers and have received over 700 orders. A good start!

What can other countries learn from Norway’s boom in electric cars?

Norway is about five years ahead of many countries, and e-mobility is completely commonplace there. Drivers of electric cars also benefit from other advantages in addition to government support, such as an electric-car-only parking garage in Oslo. Range is also no longer a problem, with nearly 1,000 new rapid charging stations installed in 2020 alone. This is how you make e-mobility attractive and convenient for customers. That makes all the difference.

In other words, with the right incentives, everywhere could be like Norway in a few years’ time?

All the basic questions regarding e-mobility – range anxiety, the installation of charging stations at home – are no longer an issue in Norway. People have total confidence in electric vehicles and have grown to love them. While they were initially only used as a second or third vehicle, they have now become the car for daily use. In a few years, this could also be the case here, if the right conditions are created. 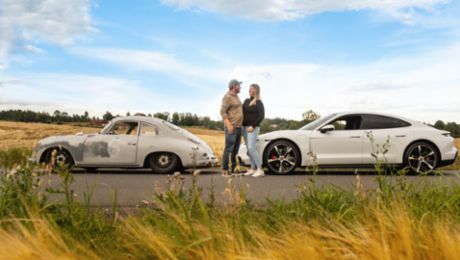 Meet the Norwegian couple whose garage bookends the Porsche story. 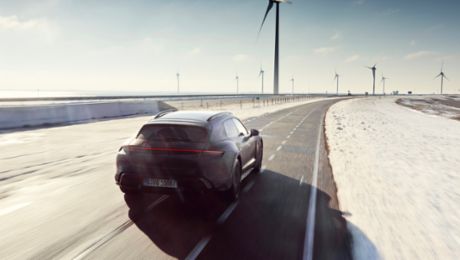