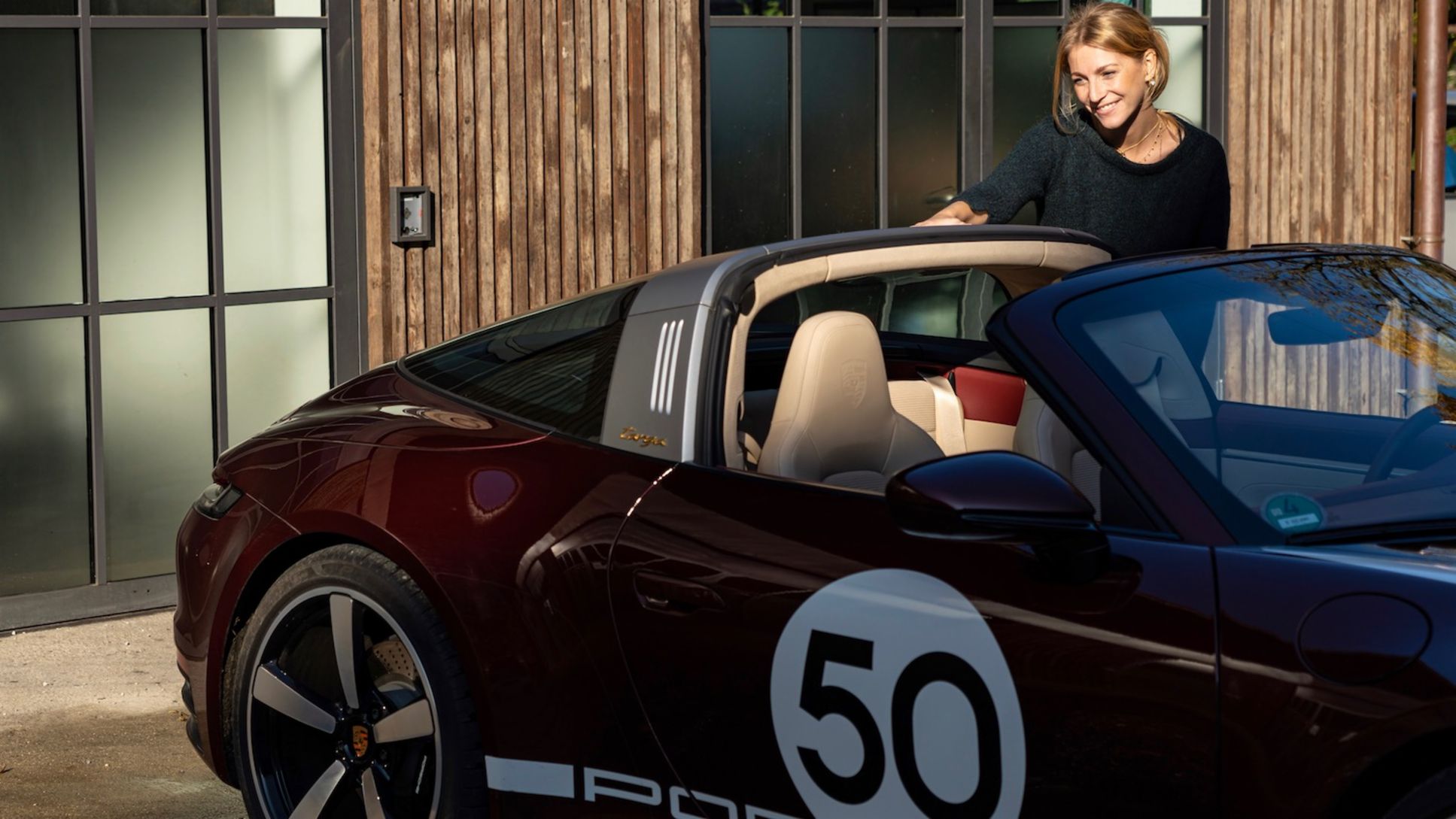 Sometimes looks say more than a thousand words: anyone who is out on the road with the new Targa 4S Heritage Design Edition will know what I am talking about. People meet you with a sense of familiarity and delight, combined with just a touch of astonishment: “What kind of car is that?” they ask. It’s understandable – many design elements recall the purist 550 and early 356 models, as well as the first Targa cars of the early 1960s. But this is in fact an ultra-modern Porsche 911 of the current age.

As an appraiser and classic car expert, I am extremely lucky to spend my working days examining and testing some very special vehicles. Alongside the technical aspects, much of my work is focused on checking the originality of the details. I also conduct extensive research into a vehicle’s history, because a car comes to life only when its story is known. In my line of work, a passion for detail is an absolute must and that is exactly where I would like to start here – with the details.

In order to study the special elements of the Heritage Design Edition, I have taken an early Targa model from 1971 with a 2.2-litre engine and black/black Pepita seats to use as a reference. With the two cars side by side, many parallels are noticeable. Let’s start with the wheels: on one car, the classic Fuchs rim – the world’s first forged aluminium wheel. On the other, a modern interpretation that brings the design firmly into the 21st century.

Meinerzhagen is not far away from the Kukuk engineering office, so we have a special relationship with the Otto Fuchs foundry. Thanks to a combination of innovation and clever craftsmanship, Otto Fuchs succeeded in establishing a new manufacturing method for wheel rims, namely forging an aluminium alloy in one piece, which resulted in a significant reduction in weight. Even from the age of about six I associated the famous Fuchs rim with the Porsche 911, and I would often be irritated if I saw a Porsche fitted with other wheels. The impeller wheel design is still known as the “Fuchs rim” all over the world right up to the present day.

For the Heritage Design Edition, the Fuchs rim in cloverleaf form was revived and reinterpreted, with both the black high-gloss elements and the bright aluminium side faces establishing a link. The brake calipers are painted black to maintain the particularly classic look, so they blend inconspicuously into the background. Meanwhile, the wheel hub is adorned with the traditional Porsche logo from 1963. Tip: the classic Fuchs rim can still be purchased today from Porsche Classic.

As an engineer, I am really impressed by the design of the Targa roof in particular. No, I’m not talking about the historic Targa bar with the small, manually removable roof and the folding soft window, which was a milestone back in its day. Rather, I’m looking at the new mechanism. It is a true engineering feat to develop something that opens a rear window weighing 13 kilograms before lifting it smoothly over the Targa bar, and stowing it so elegantly – especially in just 15 seconds.

Inside, is a two-tone interior; seat panels and interior door trims made of corduroy; a perforated leather roofliner; and leather-trimmed A-pillars and instruments. A visual highlight is the historic Porsche crest, which can be found on the steering wheel, head restraints and centre armrest.

Another detail that I really want to emphasise, and which is also based on the early models, is the traditional Porsche analogue rev counter, which features the typical green digits of the 1950s, just like the stopwatch. Now, if that is not attention to detail. The Cherry Metallic paintwork of this car is ideally matched to the two-tone interior and works in harmony with the corduroy of the seats and interior door trim panels.

There are various decorative trim elements to be discovered, such as the “Heritage” badge on the engine grille, which was handed to the early Porsche 356 owners after they had successfully completed the first 100,000 kilometres, as well as the traditional gold Targa logo on the rear. The spears applied to the two front CFRP wings are a particular highlight. This type of paintwork or decal application was used in the early days of motorsport, when the elongated “eyelashes” were chosen in the works or national colour so that the teams could identify their cars from a distance on the race track.

Before I get in the car, one element at the upper end of the windscreen frame catches my eye. The aerodynamics specialists at Porsche have developed a kind of spoiler that extends or retracts depending on the airflow and speed, thus ensuring improved wind routing in the cabin. This reminds me how in the early days of the Targa, owners would open the windows slightly to reduce the drumming noise.

I set off on a lap of the Chiemsee lake, east of Munich – it’s as close as we’ll get to the Targa Florio today. The famous Sicilian endurance race has been on my bucket list since I was a child, and so the name “Targa” has a great personal appeal to me. Harald Wagner, who was Porsche’s Director of Sales, said in 1965 that it was “a happy coincidence that Targa means ‘shield’.”. This special link to Porsche’s five Targa Florio victories between 1956 and 1965 – and to the idea of a shield and safety – make this name feel particularly appropriate.

Having spent some time with the car, I can say that the Heritage Design Edition succeeds in combining the best historic aspects and details of the early Targa and reinterpreting them using state-of-the-art technology. With its references to the 1950s and 60s, the 992 cleverly transports a feeling of heritage into the present. The result is a modern vehicle offering plenty of comfort, while lovingly combining the feelings evoked by the first models.

Vehicle technology engineer Laura Kukuk grew up with classic cars and today works as an appraiser for sports and racing cars and as an expert in classic cars in her father’s renowned Kukuk engineering office. She has also worked as a freelance journalist for a number of years, writing for various online magazines. 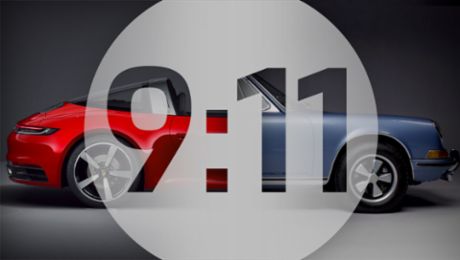 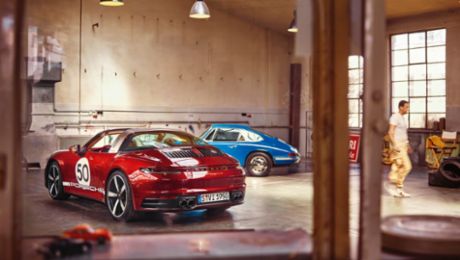