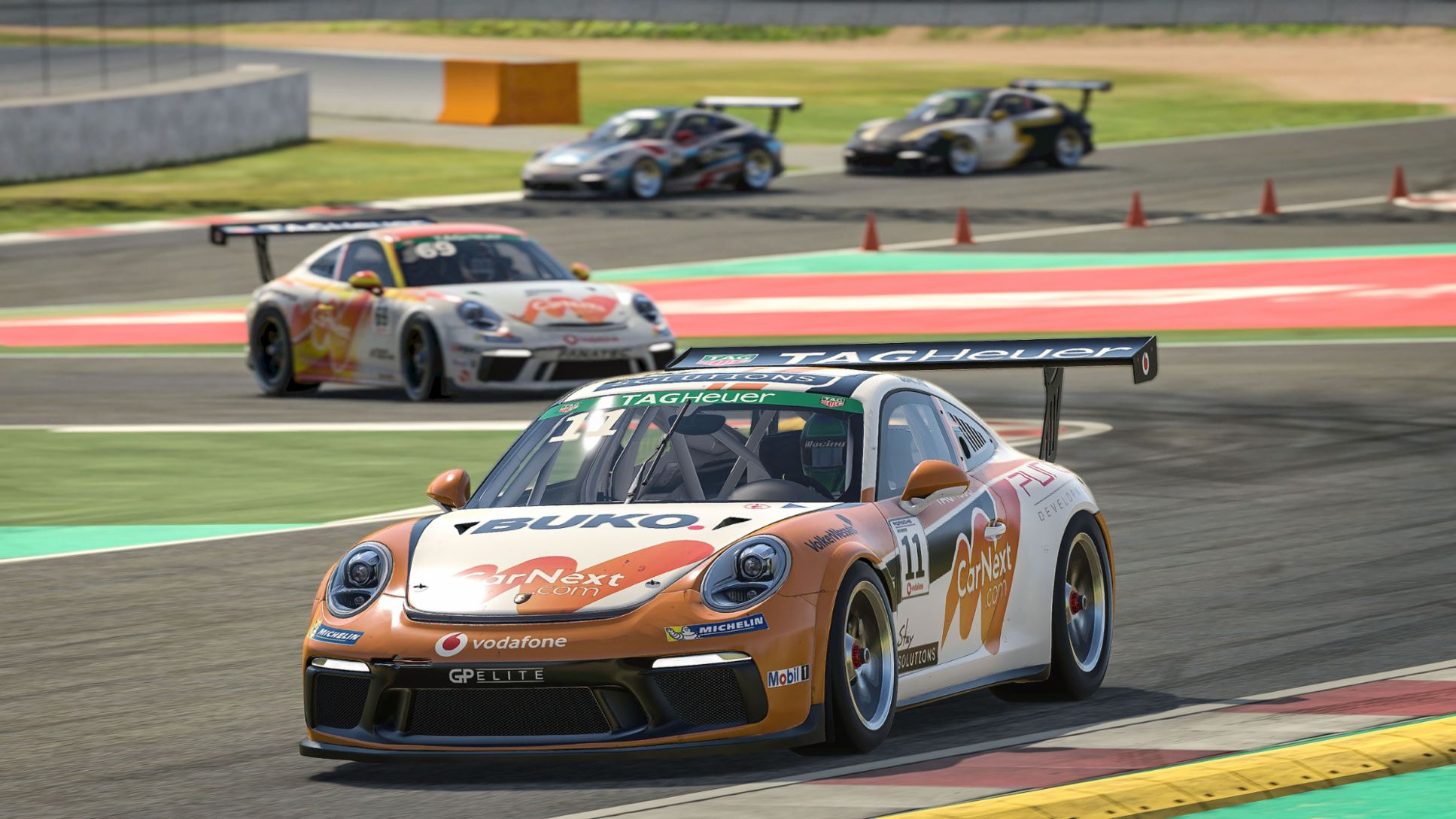 A successful second race day for Maximilian Benecke in the Porsche TAG Heuer Esports Supercup: The 2019 vice-champion won both the sprint and the main race of the global sim racing series on the Circuit de Barcelona-Catalunya (Spain).

Formula 1 star Max Verstappen (NL/Team Redline) once again underlined his talent in the virtual Porsche 911 GT3 Cup and claimed second place in the 30-minute race behind his teammate Benecke (D/Team Redline). Forty sim racers contested the doubleheader event on the iRacing simulation platform. After turbulent start phases in both races, the e-racers then called on tactics and discipline at round two of the 2020 season.

Right from the start of the 15-minute sprint race, Benecke laid the foundation for his first victory of the season. Heading into the race from the third grid spot, the 25-year-old took the outside line at the first corner to overtake Sindre Setsaas (N/CoRe SimRacing) and Jarrad Filsell (AUS/Apex Racing Team). Benecke then proceeded to pull clear of his pursuers over the remaining laps to cross the finish line in first place with a 1.2-second advantage over Setsaas. Filsell claimed the third podium step. Behind the Australian, Tommy Østgaard (N/VRS Coanda Simsport) and Dayne Warren (AUS/Logitech G Altus Esports) finished fourth and fifth.

Pole-setter Benecke again kept his cool at the start of the 30-minute main race. The Redline driver defended his lead and pulled away from the field. After 17 solid laps, Benecke clinched his second victory of the day on the 4.655-kilometre circuit. “The season-opening event at Zandvoort was disappointing for me, unfortunately. My team then worked hard and tested with me during the week and that paid off in Barcelona. My starts were great and I was very careful with the tyres. That’s how I managed to maintain my lead,” concluded Benecke.

In the main race, the situation among the pursuing pack grew turbulent behind Benecke: Østgaard and Alejandro Sánchez (E/MSI eSports) collided after the start and fell behind. Max Verstappen benefited the most. After taking up the race from seventh position, the Formula 1 driver was running in third place after the first lap. Verstappen then set out to put more and more pressure on Sindre Setsaas. In lap four, the Dutchman made his move, squeezing past the CoRe sim racer at the end of the start-finish straight. “We did a lot of work over the last days and the result shows that the effort was worth it. First and second place in the main race is simply great for the team. The field is extremely competitive. It’s impressive and I think it’s really cool to be part of it,” said Verstappen.

Third place went to Setsaas after successfully fending off Dayne Warren over several laps. “I’m so pleased. Every top ten result is great, so I’m absolutely thrilled to have finished second in the sprint race and third in the main race. We have a strong team, we work closely together and the result underlines this,” states Setsaas. Fifth place went to Jarrad Filsell.

In the overall rankings, Warren now leads with 103 points. Brian Lockwood (USA/RaceKraft Esports) lies second, four points behind the Australian. Last year’s champion Joshua Rogers (AUS/VRS Coanda Simsport) ranks third with 90 points. Next up on the Porsche TAG Heuer Esports Supercup calendar is the event at the Donington Park Circuit in England on 23 May. The storied racetrack southwest of Nottingham was opened in 1931 and is the oldest track in England that is still used for motor racing events.

Just one week after the action-packed season opener, the Porsche TAG Heuer Esports Supercup takes a virtual trip to the Mediterranean coast of Spain on Saturday (9 May). At the digital double-header event on the Circuit de Barcelona-Catalunya, 40 elite sim racers will battle for victories and championship points. The two British drivers from the Red Bull Racing Esports team are full of confidence heading into the event: Points leader Sebastian Job (72 points) won the main race at the event on the Dutch racetrack of Zandvoort, with his hottest rival Graham Carroll (70 points) clinching first place in the sprint race. Just two points behind, last year’s champion Joshua Rogers (AUS/VRS Coanda Simsport) is now hoping to score his first victory of the season on the Spanish Grand Prix circuit. Formula 1 driver Max Verstappen (NL/Team Redline) demonstrated at Zandvoort that he is always good for a top ten result. All competitors tackle the global Esports championship run on iRacing’s simulation platform in virtual Porsche 911 GT3 Cup racing cars.

The Barcelona event includes a 15-minute sprint race followed by a 30-minute main race. In addition to the two races, the schedule includes a free practice, a qualifying session to determine the sprint race grid, and a warm-up before the main race. The event on the 4.655-kilometre racetrack will be shown live on Porsche’s official Twitch (https://www.twitch.tv/porsche) and YouTube (https://youtu.be/CObmhJRSt3c) accounts. iRacing also streams the races live on its own YouTube and Twitch channels. Fans can find more information about the Porsche TAG Heuer Esports Supercup on the Porsche Motorsport Hub, Porsche Newsroom and the Twitter account @PorscheRaces. 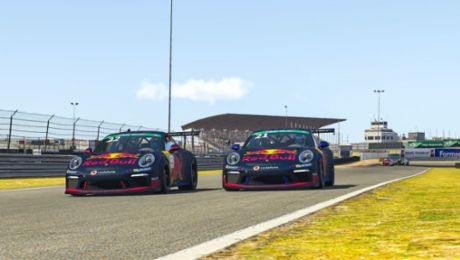 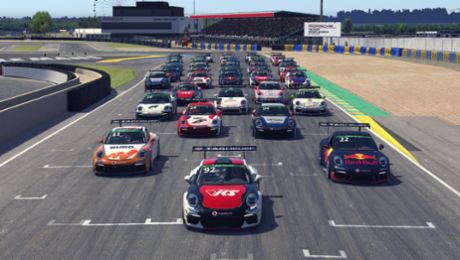