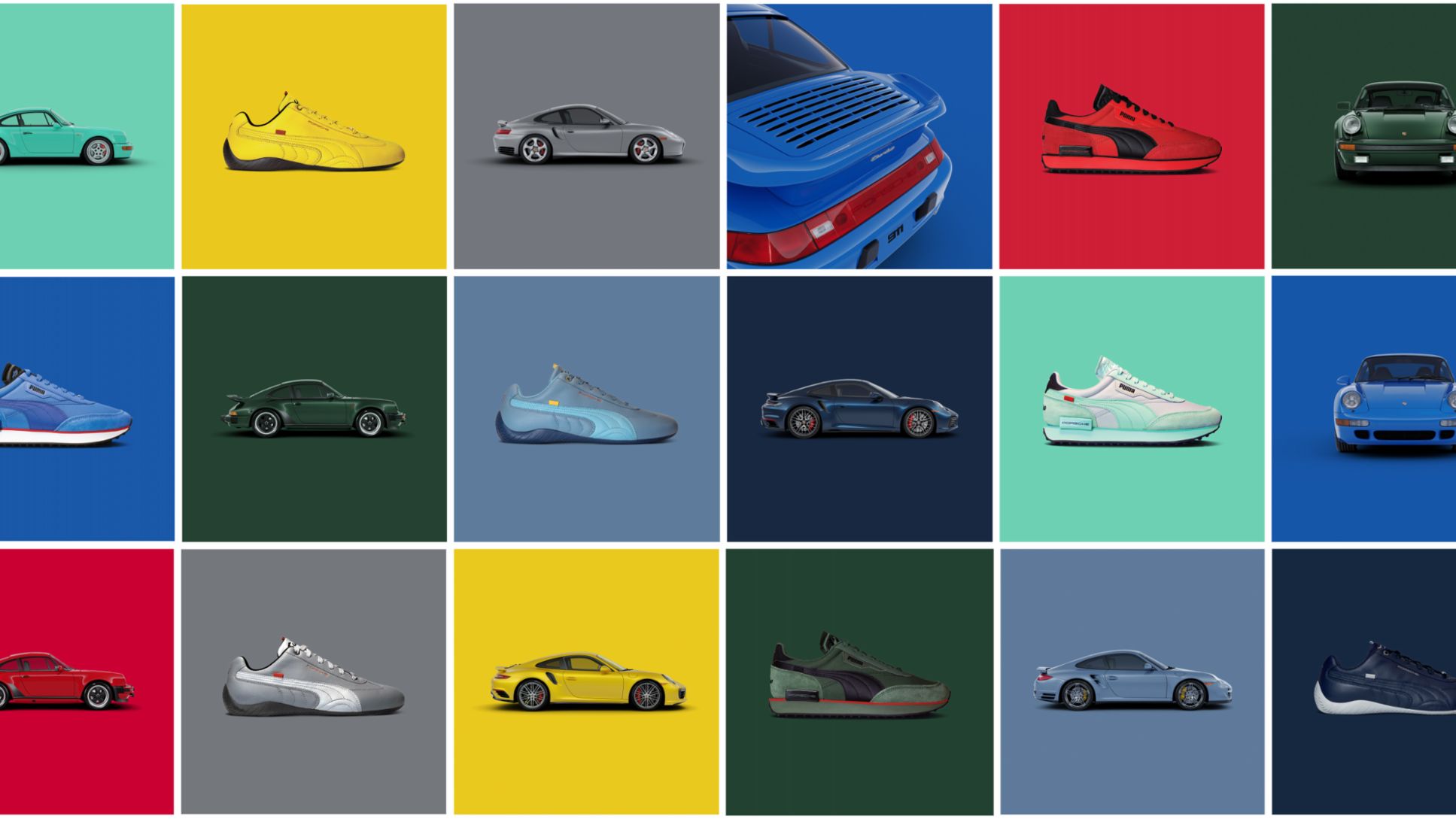 Since its debut, the 911 Turbo has been revered as much for its design as for its performance and sound. Now, after nearly five decades and eight generations, Porsche Cars North America (PCNA) is pleased to honour the sports car in an entirely new way.

Porsche and global sports company PUMA have teamed up to create a limited-edition collection of shoes celebrating the 911 Turbo. Iconic design elements from the 911 Turbo, such as period-specific paint colours, rear wings, light bars, interiors and body lines, were all used as inspiration to create a range of shoes as special as the car itself.

For the collaboration, PUMA selected two of its “silhouettes”, or model outlines: the 1970s-inspired Future Rider and the motorsport-inspired Speedcat. These became the basis for two styles reflecting a key evolution in the 911 engine over time: “Air-Cooled” and “Water-Cooled.” The Future Rider was chosen to represent the first four generations of air-cooled 911 Turbo models: the Type 930 3.0 L and 3.3 L, Type 964 and Type 993; while the Speedcat picks up the more recent variants: the Type 996, 997, 991 and 992.

PUMA used original Porsche vehicle hues including Riviera Blue, Guards Red, Saffron Yellow Metallic and GT Silver Metallic as an inspiration to give the shoes a look instantly recognisable for any Porsche aficionado. The PUMA x Porsche collection will only produce 500 pairs per unique sneaker design across all sizes.

Porsche and PUMA have worked together previously, as PUMA is the exclusive technical partner of Porsche Motorsport, including the Porsche GT Team and TAG Heuer Porsche Formula E Team for fireproof racing clothing, team wear, shoes and luggage. Porsche Design also entered a strategic relationship with PUMA in 2019, resulting in seasonal collections of high-end sportswear, footwear and accessories.

One day before the official launch, a special pre-release on November 16 at 18:00 CET will give fans the opportunity to purchase the limited-edition sneakers early – but only if they’re fast enough. The window to buy these Turbo-inspired sneakers will last only 2.7 seconds, inspired by the 0 to 100 km/h sprint of the Porsche 911 Turbo (911 Turbo: fuel consumption combined 11.1 l/100 km; CO2 emissions combined 254 g/km (as of 11/2020)).

“The World’s Fastest Sneaker Pre-Release” will happen exclusively at www.porsche-design.com/icons-of-fast.  At launch, the shoes will retail for $150 per pair and are available online at us.puma.com, www.porsche-design.com/icons-of-fast, as well as in-stores at the PUMA flagship store in New York, Porsche Design stores in the greater Los Angeles and Miami areas, Houston and the Porsche Experience Centres in Atlanta and Los Angeles. 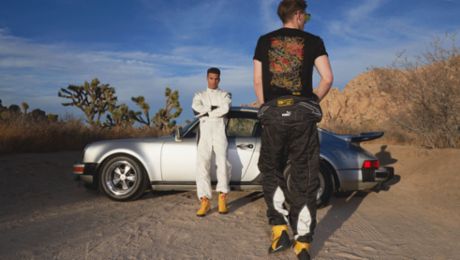 Puma has released an exclusive new collection of apparel and footwear inspired by the Porsche 911 Turbo. 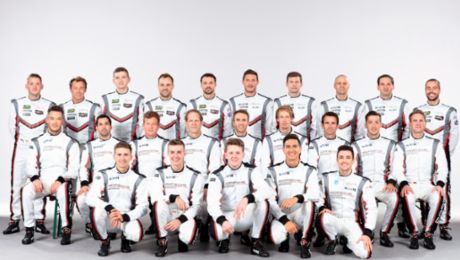 Porsche Motorsport enters into a partnership with Puma

The exclusive partnership includes fireproof racing clothing as well as shoes and luggage. 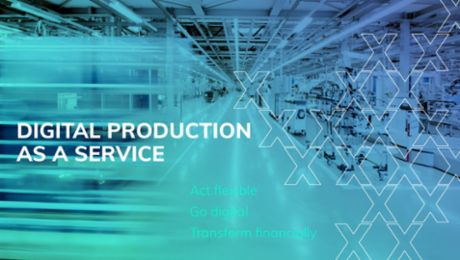 Porsche, MHP and Munich Re found the “FlexFactory”

It aims to make the production of small series of all kinds of different products in the manufacturing industry more flexible.

Fuel consumption / Emissions
Fuel consumption combined 11.1 l/100 km
CO2 emissions combined 254 g/km
Porsche uses cookies to optimise and improve the website, as well as enable the availability of certain functions. By continuing to use this website, you agree to our use of cookies. For further information, please click  here