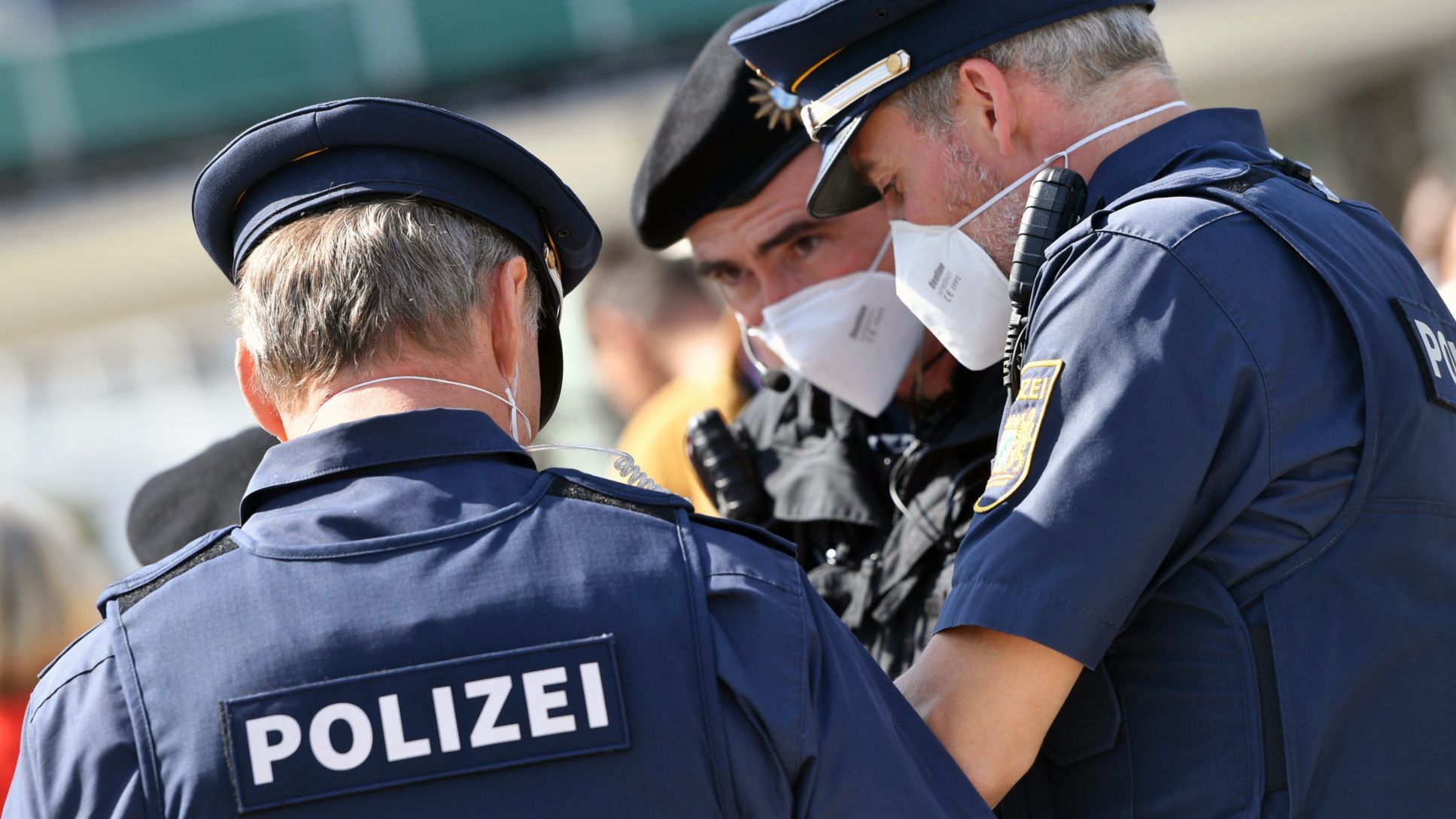 Munich, the capital of the state of Bavaria, was in a state of shock on July 22, 2016. In the early evening, shortly before 6 pm, an eighteen-year-old man had opened fire in the district of Moosach and killed nine people in a quarter of an hour. Rumors and reports of the assault spread through social media like wildfire. Still very present in the minds of Munich’s residents was the Islamist terrorist attack in Paris just eight months before, which had killed 130 people and injured another 683.

The horrific events in Munich came to a close at 8:30 pm when the radical right-wing shooter killed himself. But the public was deeply shaken—and all kinds of false reports had already been spreading for a few hours. The fact that the police department succeeded in reassuring residents and controlling the narrative in the sea of information is a tribute to the work of the team led by Marcus da Gloria Martins, the Head of Communications and Public Relations for the Munich police. In calm and clear terms they provided precisely what the public needed to hear: directions, facts—and finally the all-clear.

“In 2016, we learned how to use social media to communicate in a crisis,” says da Gloria Martins, adding that this was no simple task. Among other things, dozens of emergency calls were made on July 22 describing additional crimes, including shootings and deaths. A total of seventy-three such phantom crimes were compiled by the police in the wake of the actual assault.

Communicating on social media in crises

The reason for incorrect reports on social media is increasingly evident: users do not verify what they read and simply pass on erroneous information. The many sirens and flashing lights on the streets of Munich at the time also intensified the degree of anxiety.

Crises and extreme situations like this one invariably show that establishing an authoritative presence when disseminating information is not only desirable but also essential. False reports can spread all too rapidly, and fake news can poison the entire atmosphere. The outbreak of Covid-19 shows yet again that the ability to communicate in a crisis is crucial. Tentative results of studies and poorly researched but quickly published stories that lack a basis in fact—combined with conspiracy theories, misinformation, and fear—lead to extraordinary situations, especially on social media such as Facebook and Twitter. The World Health Organization (WHO) warned of what it called an “infodemic” right at the start of the coronavirus crisis. Communication teams in Geneva and at regional offices in Brazzaville, Cairo, Copenhagen, Manila, New Delhi, and Washington have been working since February 2020 to counter the spread of rumors with facts.

Not saying anything will not do you any good.” Paul Argenti

Communicating effectively is also a crucial component of crisis management in business. It is the way in which a company can favorably influence factors such as public opinion. “Going about their business without crisis communication is shortsighted,” says Paul Argenti, an economist and professor of corporate communication at Dartmouth’s Tuck School of Business in Hanover, New Hampshire.The goal of crisis communications is to work around any crises facing the organization—or to get through them successfully. But the requisite means and measures have changed considerably in recent years. “Social media changed the way communication is done. Content production is no longer controlled by individual agents but a joint effort of a large number of people,” Argenti says. It’s not an option for businesses to refrain from engaging, he adds, because society expects them to take a stance: “Not saying anything will not do you any good.”

What does that mean for companies? They need a strong crisis communications team. In addition to employees with the usual backgrounds in communication, the team should also include high-level management personnel because they have the authority to lend statements the requisite external credibility. It’s also absolutely essential to have someone with the right credentials on the respective topic—a leading figure from the health management department, for example, in the case of the coronavirus crisis. The team’s decisional powers are another important factor—as is a clearly defined scope of action. “We have a very lean hierarchy because we enjoy a high level of trust within the force. That makes us incredibly quick and agile,” says da Gloria Martins from Munich’s police department.

The choice of words used by Munich’s police to inform the city’s residents both then and now is defined on three levels. The first level consists of using objective formulations, with as little emotional content as possible. The second level seeks to address people’s feelings. “We want to have a stabilizing effect and a human connection,” says da Gloria Martins. And the third level is dialogue, with the police investing strongly in community management on social media.

Transparency and the right words

The importance of finding the right words became clear in the U.S. when companies began adapting their weekly marketing e-mails to the coronavirus crisis. Many of the messages showed a similar tendency to put aggressive sales pitches on hold. One example comes from the Cuyana clothing start-up, which was launched in California in 2011 with an express interest in sustainability. In a statement in late March 2020, co-founders Karla Gallardo and Shilpa Shah called the need to lay off numerous employees “trying to survive the current moment.” They described the situation with disappointment and sadness, but placed these emotions within the context of a much more serious situation, namely, the pandemic: “While our challenges may be different, we are all being unified by a common experience.” With a message expressed in empathetic and authentic terms, the founders conveyed sympathy and understanding for their customers and could thereby forestall potentially negative repercussions.

“You have to be quick, transparent, and honest.” Marcus da Gloria Martins

The fact that companies, too, can express emotion when conveying bad news was shown by Arne Sorenson, CEO of the U.S.-based Marriott International company, which is the world’s largest chain of hotels. In a video message, he talked about the Covid-19 crisis and the hardest moment in his career. Calmly and with a smile, he commented on personal matters such as his “new bald look” due to medical treatments, and presented bleak economic figures with the same composure. His voice then broke as he described the hotel sector’s helplessness in the face of the pandemic, but he concluded his message with optimism: “I have never been more determined to see us through.”

This shows that open engagement by organizations and companies is a compelling component of communicating with stakeholders. In a crisis, that means communicating as early and regularly as possible, even if the extent and consequences of the situation are not yet clear. The first priority is to keep the company’s own employees informed, because external communications can only work if there is a solid internal foundation. After all, employees are also always ambassadors for their companies.

What should be done if mistakes are made? “Admit them, explain why they happened, how you’re going to fix them, and why they’re not going to happen again,” says Argenti, speaking in his role as professor of corporate communication. This approach can enable organizations to overcome practically anything. Police spokesperson da Gloria Martins agrees. One doesn’t have to keep conveying the desire to save the world: “You have to be quick, transparent, and honest.”

This can be a difficult task to keep in mind during the fraught hours in Munich or in other crises. Yet such situations always offer a way for an organization or company to prepare for the future—with a sustainable image that also brings economic benefits. During the Covid-19 crisis, this can mean supporting fact-checkers or taking other steps to build close connections with the public and with stakeholders—who will not forget this when better times return.

When dark clouds gather and a storm of outrage threatens the image and therefore also the future of a company, a crisis communications team that can act with speed and sensitivity is needed. Here are some additional crucial factors for effective communication in crises: