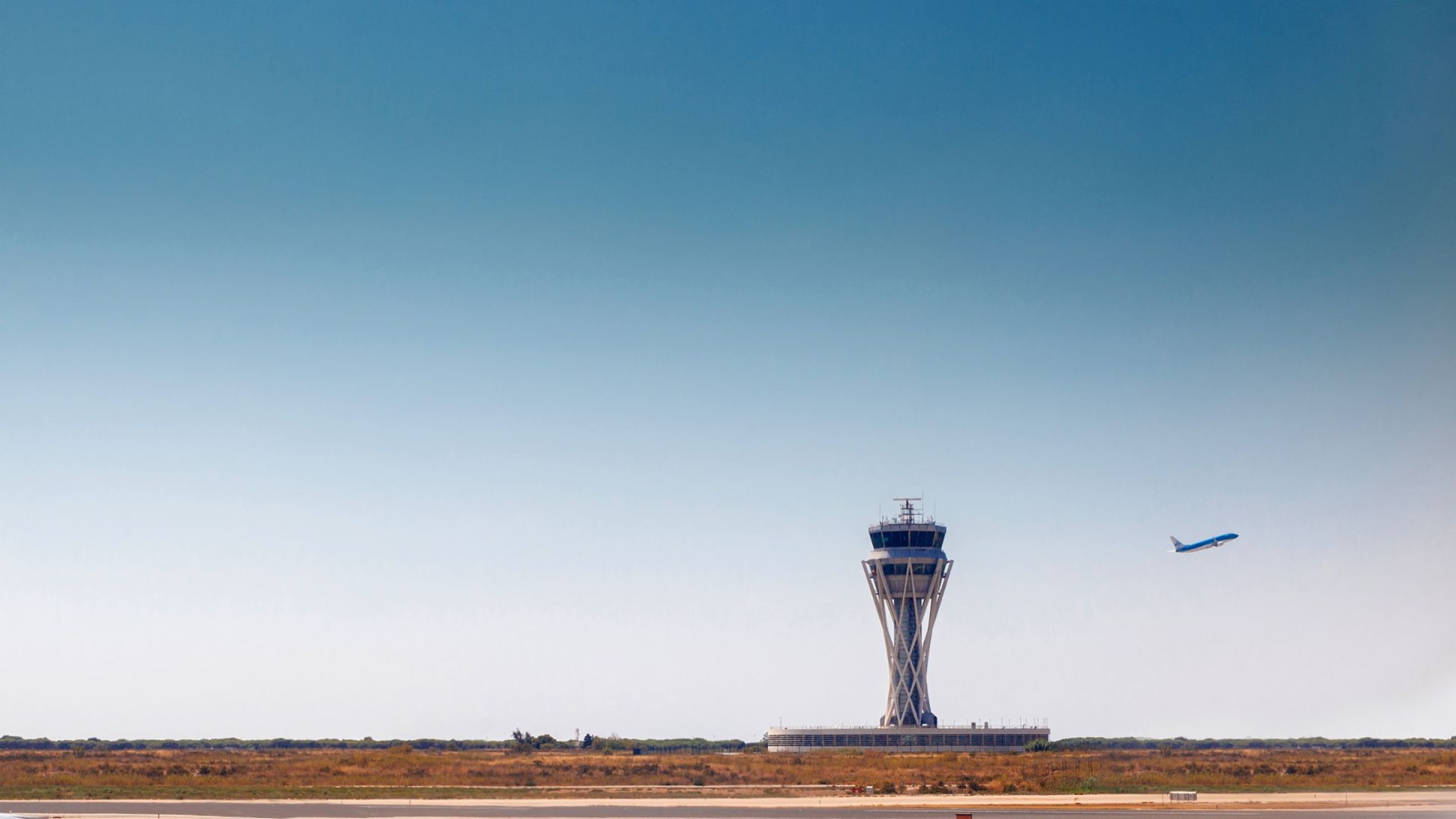 Pivot in the Skies

Few industries have been hit as hard by the coronavirus as aviation. Now is the time to develop ideas that will facilitate a rapid return when the crisis is over. Digitalization and sustainability will play an important role.

Up, up and away: for a long time the business of Satair, one of the world’s largest suppliers of aircraft parts, moved in a single direction. It was all about growth, nothing but growth, for nearly everyone in the aviation industry. “Our biggest challenge over recent years was how to scale our global business,” says Satair CEO Bart Reijnen. “And that, of course, meant scaling up.” In the spring of 2020, this ability to adapt became crucial. And now might be even more important. But this time the aviation business is taking a different course—at least for the moment.

Few industries have been hit by the coronavirus as hard as aviation. In early April the European air traffic organization Eurocontrol was recording an average of only 3,200 flights a day—a decline of nearly 90 percent over last year. Airlines and airports were suffering, as were engine makers and aircraft manufacturers. They all had to adapt within a period of days. But they also had to ask themselves this question: how can we make ourselves as fit as possible for the day when growth resumes?

“We were gearing up for nearly 250,000 passengers around Easter,” says Pierre Dominique Prümm, a member of the executive board of Fraport AG, the company that operates Frankfurt Airport. “Within just a short period of time we were down to only 5,000 or 7,000 passengers.” Prümm and his colleagues had to close large segments of the terminals, and turn a runway into a parking lot for planes. They had to furlough workers, and shore up liquidity. Instead of concentrating on full capacities, they had to deal with acrylic sneeze guards, distance markings, and disinfectant dispensers.

Hygiene was suddenly also the focus of attention at the Rolls-Royce aircraft engine plant. “As important as productivity is, our highest priority is always on occupational safety,” says COO Sebastian Resch. The plants in the UK closed for an entire week to allow the company and employee representatives to develop and implement hygiene and social distancing strategies. Among other precautions, the individual shifts have no longer had any contact with one another. Considerable time was invested in making sure employees understood the need for these changes and how they helped raise the level of safety for all concerned. “That made an incredible difference,” says Resch. And anyone who was not needed for the actual work of assembling engines was sent home to work from there.

At the headquarters of Airbus subsidiary Satair in Copenhagen, 95 percent of the staff worked from home during the lockdown. It was essential to provide these employees with the requisite infrastructure, says Reijnen. “It’s enough of a challenge to be handling customer orders from your bedroom or living room.”

Reijnen himself faced a different challenge. With a dozen locations in different parts of the world, Satair was confronted with a corresponding set of different national regulations. “My first impulse was to tell the people at each site what they should be doing—but that was not a good idea,” he recalls. Instead, the employees were told to follow the instructions of their plant managers in complying with local rules. “An important lesson for me was that trying to run everything from headquarters makes no sense in this type of situation.”

The CEO of Satair, who previously worked in the aerospace industry, likes to compare the measures taken to combat the virus with a three-stage rocket. The first stage is about safeguarding employee health. The second stage consists of keeping the business running—without clients suffering from the fact that their orders are being processed from bedrooms. Now the company is in the third stage, which according to Reijnen is “the most difficult and probably the lengthiest.” Here the major factors are economic: liquidity, costs, capacities.

The problem is that no one knows what trajectory the rocket will take. At the height of the coronavirus crisis, the International Air Transport Association (IATA) estimated that global air passenger volume would decline by 38 percent in 2020 compared to the year before. Not even four weeks later, IATA corrected this figure to a projected drop of 48 percent, says Rolls-Royce manager Resch. “All of that is extremely dynamic—and we’re only talking about 2020 here.”

What makes these predictions so difficult is what Fraport executive board member Prümm calls a combined shock to both supply and demand. “We will probably emerge from the crisis with fewer airlines--those that often incur high levels of debt and receive larger government subsidies.” At the same time, many would-be vacationers will have less money to spend. The economic situation will also compel companies to cut back on their business travel—or has already shown them that video conferences can work just as well.

Does that mean growth is a thing of the past? Not necessarily. “It’s important for all players in the industry to reinvent themselves to a certain extent,” says Prümm. Those who can do so in the quickest and most consistent ways will emerge stronger from the crisis. “But those who hang on to their old mindsets and think that growth will just return at some point will be schlepping far too much baggage around for way too much time.”

“It’s important for all players in the industry to reinvent themselves to a certain extent.” Pierre Dominique Prümm, Executive Director, Aviation and Infrastructure, Fraport AG

Digital and sustainable—that is what the new version of the old aviation industry should look like according to the managers. Apps will guide passengers upon checking in, dropping off their luggage, going through security and border controls, and even boarding the plane. Digital boarding strategies are expected to largely take over tasks that previously required gate personnel. “This trend was already underway, but will now accelerate as a result of the crisis,” says Joachim Kirsch, a senior partner and aviation expert at Porsche Consulting.

The other major trend is toward sustainability. Although Satair’s incoming orders in May decreased by two-thirds over the same month last year, and although the priority right now should actually be on saving money, Reijnen has signed a new green energy contract for his Danish Airbus subsidiary. Although not the cheapest option, it is both economical and sustainable. “Sustainability will change aviation in fundamental ways,” says the CEO. “It simply has to. We shouldn’t make the mistake of underestimating this matter in light of the crisis.”

Rolls-Royce manager Resch also believes that the coronavirus will accelerate the necessary restructuring processes. “I’m absolutely convinced that the pace of technological change is going to pick up, not least of all because the structure of the aviation industry will change significantly in the wake of this crisis,” he says. For Rolls-Royce that means an even greater focus on more efficient engines and an even higher priority on alternative fuels, for which standards need to be developed together with partners. And—more research and development for fully electric and hybrid power systems, even though aircraft manufacturers and airlines will have the last word on disruptive technologies of this type.

Chance to reflect on quality

When will the industry take off again? “That is the million-dollar question right now,” says Reijnen. IATA predicts that passenger volume on domestic flights could reach the level of 2019 in two years. But for international flights that could take until 2024. Three to five years until full recovery is also the prognosis of Rolls-Royce and Satair, albeit with a number of question marks. Reijnen is sure of only one thing. “Everything will be different after the virus. Nothing will be as it was.”

“I’m absolutely convinced that the pace of technological change is going to pick up.” Sebastian Resch COO, Rolls-Royce

But hardly anyone doubts that the aviation market will grow again in the future, although from a lower starting point. “When it’s possible to do so, everyone will want to stroll across a piazza in Italy again or relax on a beach in Spain,” says Fraport manager Prümm. “The human desire to travel is unquenched—and might even be stronger after the crisis than before.”

A similar view is found at Rolls-Royce. “Aviation makes an incredibly important contribution to society, and is a valuable and crucial driver of global growth,” says Resch. “All that will return—the only questions are when and how.” Porsche consultant Kirsch sees a major opportunity for the industry in starting again. “Instead of cutting back on every corner to win the price war, now is the time to reflect on the quality for which aviation was once a symbol. The digital transformation offers enormous opportunities for this along the entire value chain, and can completely reshape passenger experience.”

… produces large-scale power generation systems, propulsion systems for large yachts, the strongest tractors and the biggest agricultural machines, and above all, engines for airplanes and helicopters. Nearly half of its global workforce of 50,000 is active in the aviation sector, and they contributed around nine billion euros to the company’s sales in 2019. Before the outbreak of the virus, more than thirty different aircraft types with a total of 13,000 Rolls-Royce engines were in use.

… is one of the world’s largest suppliers of replacement parts for planes and helicopters. Its catalogue lists more than a million different components. Headquartered in Copenhagen, this subsidiary of the Airbus aircraft manufacturer posted worldwide sales of around two billion dollars in 2019.