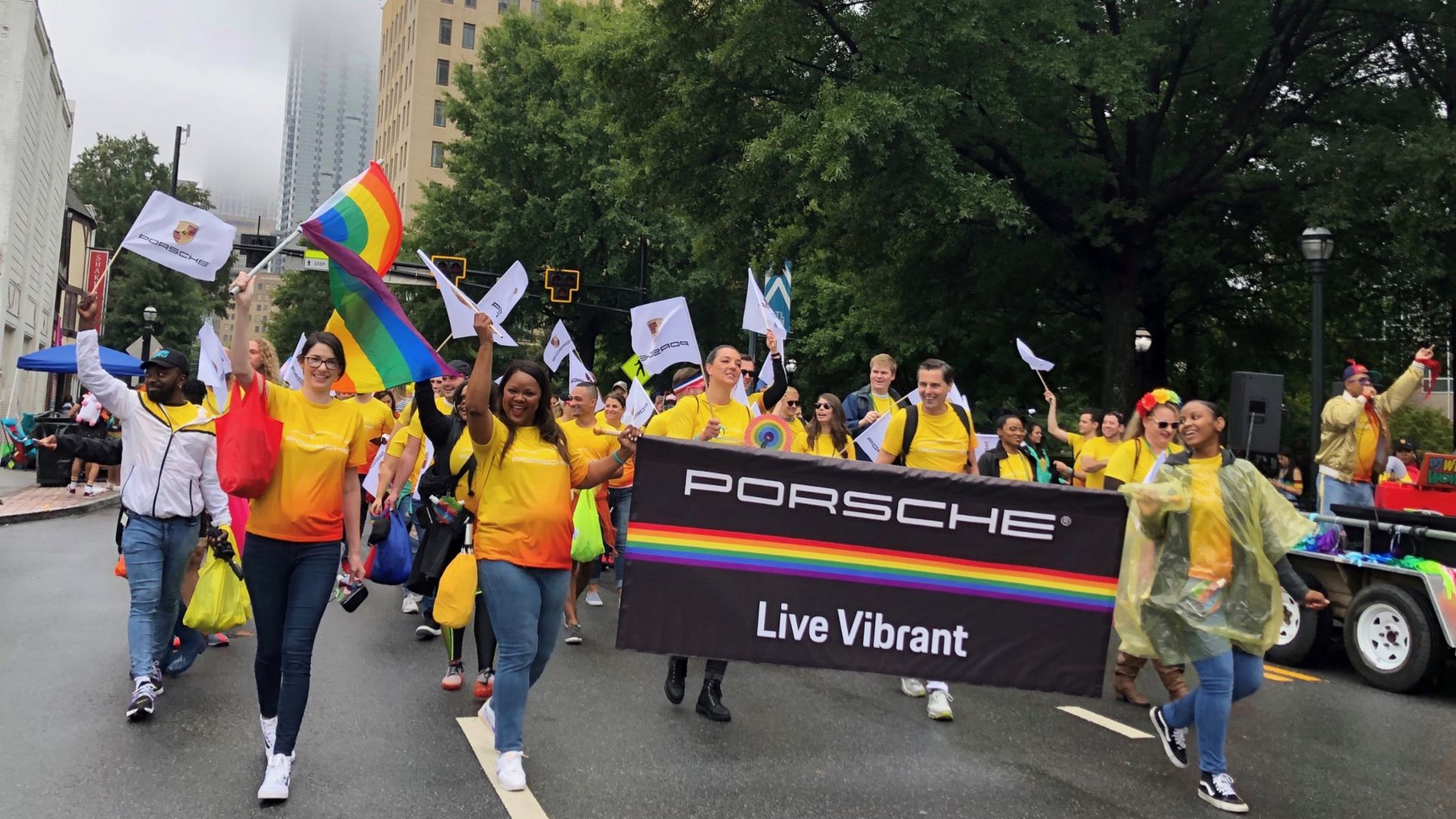 Employees of Porsche Cars North America turn out to celebrate the LGBT*IQ community.

Seven Porsche sports cars in a rainbow of colors turned heads down Peachtree Street as part of the 49th Atlanta Pride Parade on Sunday, October 13. Participants representing Porsche Cars North America (PCNA) walked alongside the cars on the parade route, joining hundreds of thousands of revelers to support and celebrate the LGBT*IQ (Lesbian, Gay, Bisexual, Transgender, Intersexual, Queer) community over the weekend. This was PCNA’s first year participating in Atlanta Pride events.

“Porsche Cars North America values an inclusive community based on acceptance,” said Erika Burk, Vice President of Human Resources for PCNA. “We aim to support our employees and social causes impacting the Atlanta community and beyond, and are honored to have taken a small part in such a meaningful celebration.” Burk joined Klaus Zellmer, President and CEO of PCNA, Angus Fitton, Vice President of Public Relations, and Simon Kuhnimhof, Vice President of Customer Experience, to lead PCNA employees, family and friends in the parade.

Atlanta Pride was formed in 1970 to advance the unity, visibility, and self-esteem among the LGBT*IQ community. The organization estimates approximately 300,000 people participate in festival events each October. 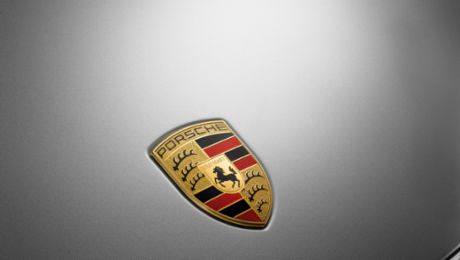 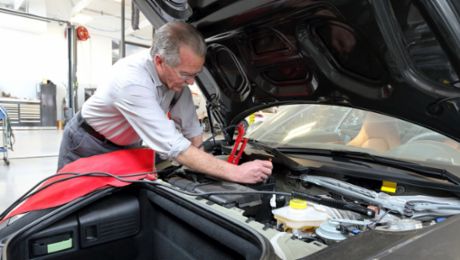 Faithful Service: Half a Century as a Porsche Mechanic

Larry Moulton of Porsche Salt Lake City has been servicing cars since 1962, a year before the debut of the 911. 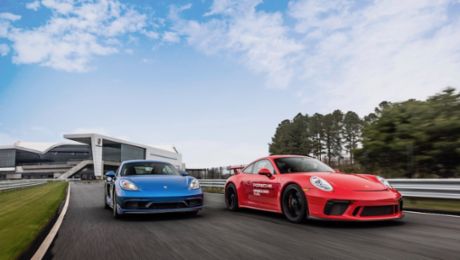