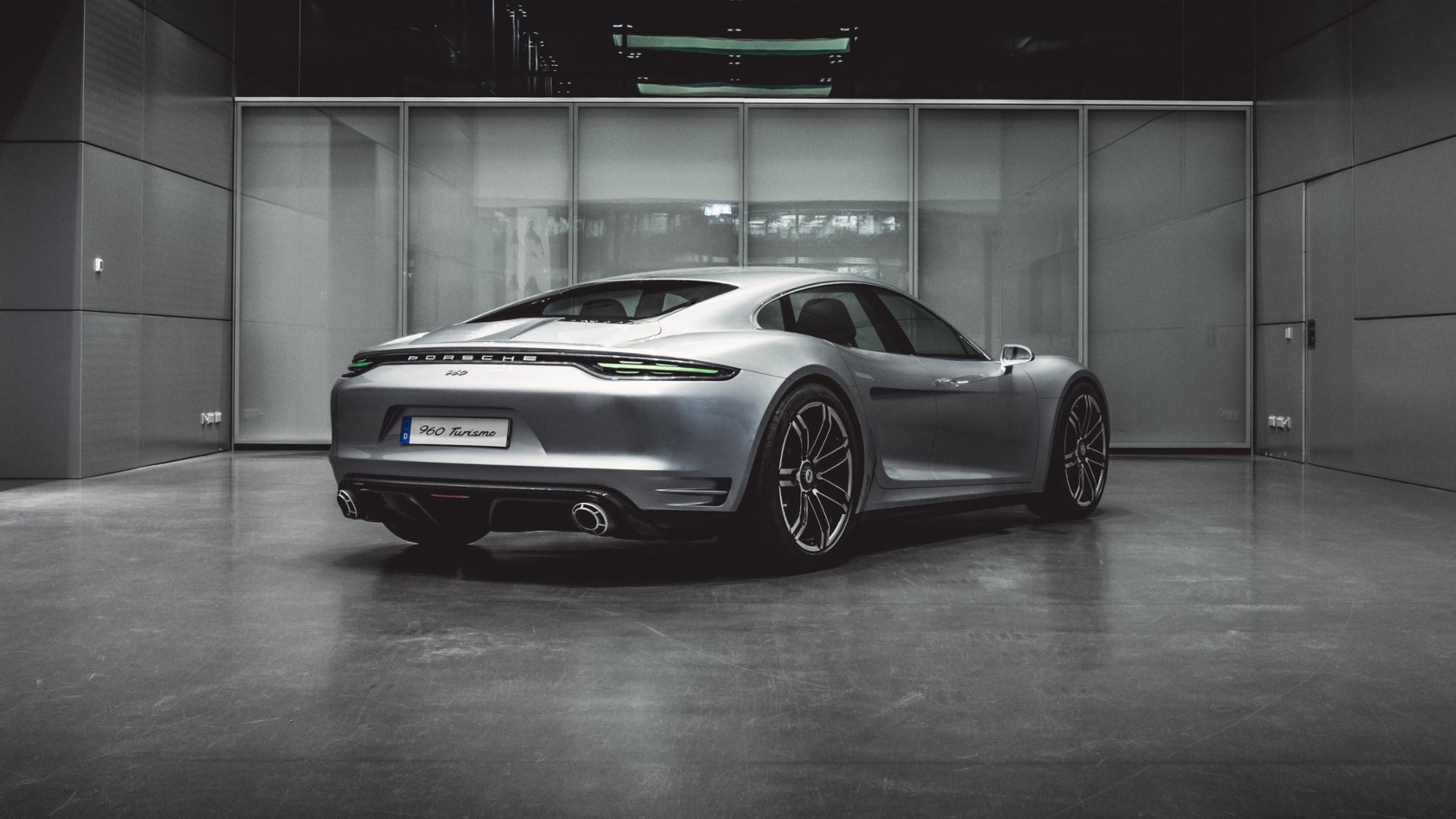 For the "Unseen" series, Porsche has opened the gates to the development centre’s secret archives. In part four the Newsroom takes a look into the future.

The basic idea: the shiny silver prototype was first developed as an experimental study of a super sports car with four doors and a rear engine. "But then we discovered that the idea could be implemented even better with a purely electric drive," Mauer recalls. So the Porsche Vision Turismo served as a blueprint for the development of the Porsche Taycan.

The basic idea: what might a Porsche for up to six people look like if a feeling of spaciousness was the goal? The design team answered this question with an unusual concept car: the Porsche Vision "racing service". The body of the car is designed from a single mould and forgets all conventions. In the cockpit, the driver sits in a single seat that takes up little space in the autonomous driving mode. In the rear, passengers feel like they’re in a comfortable and spacious lounge.