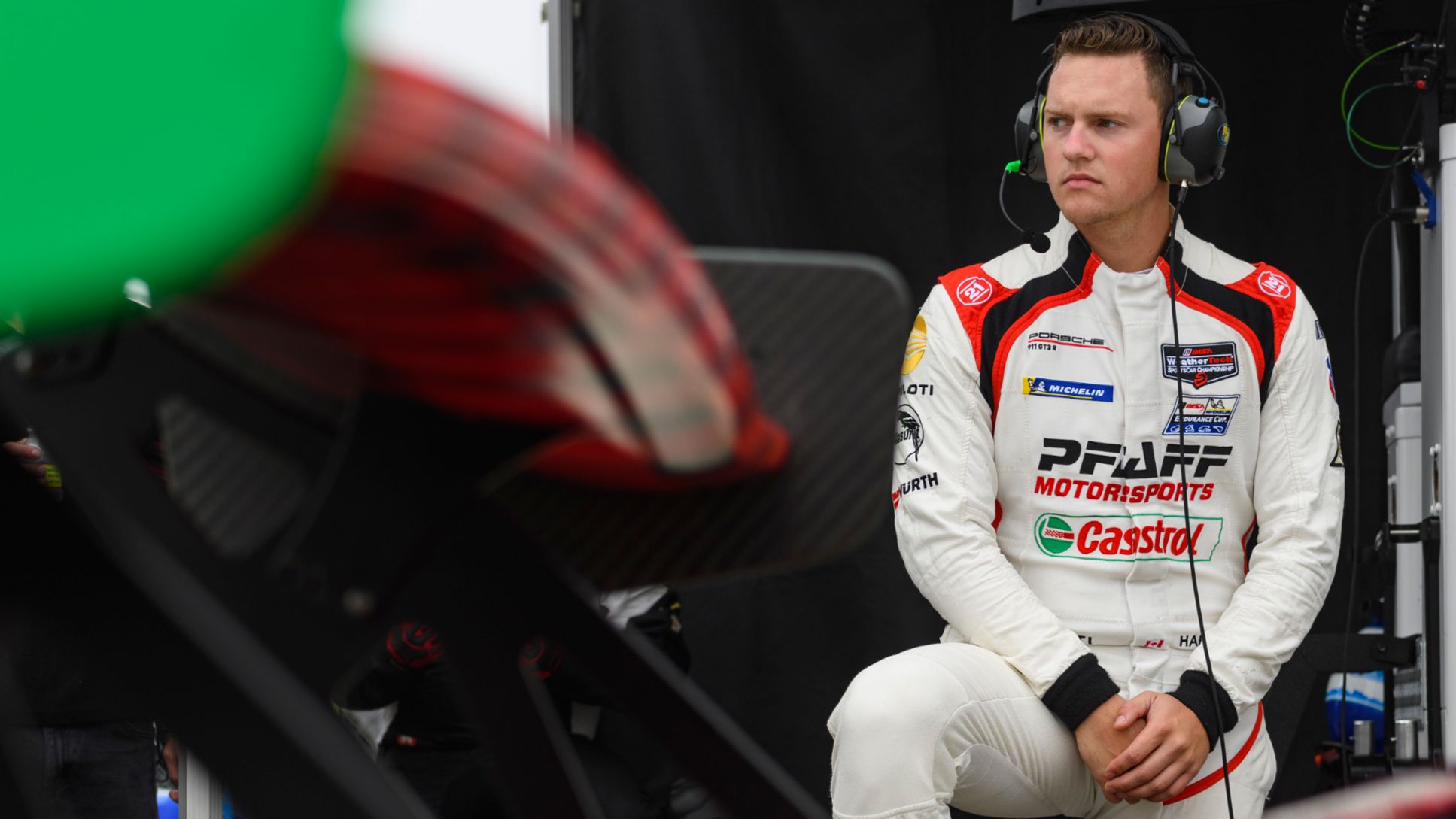 Hailing from north of the border in Vancouver, British Columbia, Scott Hargrove grew up karting in Canada and on the west coast of the U.S. In 2011, he started racing cars and began by winning two open wheel championships in short order. While moving quickly up the “Road to Indy” ladder system, a one-off race weekend with the Porsche dealer in Vancouver set the stage for Hargrove’s career to turn towards sports car racing. In 2014, he competed his first year in the IMSA Porsche GT3 Cup Challenge Canada by Yokohama, winning the championship in his rookie season. That August he received a phone call.

“It was an exciting phone call to get,” reflected Hargrove. “It’s one you know lots of people are hoping to receive and it was really humbling to have Patrick call and to get the chance to participate.”

That chance was getting to participate in Porsche’s Young Driver Academy held at Barber Motorsports Park in Birmingham, Alabama. The two-day event allows Porsche to teach and test four young drivers on what teams and manufacturers look for in promising, up-and-coming talent. Modeled after the marque’s Junior program in Europe, North America’s only Porsche factory driver Patrick Long created the event to give young drivers a chance to showcase their talent while also providing advice early in their respective careers.

“When you go to PYDA you get to experience that manufacturer side of it and there’s a lot more eyes on you in a smaller setting compared to a race weekend,” offered Hargrove. There’s a lot of in-house training from media stuff to the psychological side, it’s all about getting the most out of the weekend at the track.”

Hargrove applauded the amount of media training that the Academy put an emphasis on. The day in the classroom learning what manufacturers like Porsche look for in young talent stuck with him. However, he and his fellow participants are race car drivers after all and getting behind the wheel and trying to post lap times as quick as Long’s baseline lap was good fun.

Hargrove: “Hearing the ‘do’s and don’ts’ helped me out for sure as a kid. The lessons learned there, I really grabbed the bull by the horns and made sure to make the most of the opportunity. But also, I knew my abilities and tried to stay calm and level-headed. I didn’t want to mess anything up.”

The Porsche Young Driver Academy’s goal is to supply each driver with advice and experience that can be used to further their racing careers. For Hargrove, being a PYDA participant has helped open doors because of the connections made to the brand in 2014.

The Canadian was invited by Porsche to Germany in 2016 to take part in the Junior driver shootout. There drivers from all over the world compete for seats in the marque’s Junior program. Hargrove continued in the GT3 Cup Challenge Canada through 2017, where in his final year he was crowned champion by winning all but two races. He then made the jump to driving in the Pirelli World Challenge – now the SRO GT World Challenge America – in 2018, earning the championship and race wins. Again in 2019, Hargrove’s ties to the German sports car manufacturer paid off as he became a Porsche Selected Driver. Driving for Wright Motorsports, he co-drove the 2019 season with Long in the SRO series, bringing things full circle to that fall weekend in Alabama. He also co-drove a Porsche 911 GT3 R for much of the IMSA WeatherTech SportsCar Championship season with fellow PYDA graduate Zacharie Robichon (Class of 2017) for Pfaff Motorsports in the GTD class.

“From a driver’s perspective it means a lot to get to associate yourself with a manufacturer that gives you the time of day,” commented Hargrove. “Early on Porsche was one of my targets. What they have to offer is a deciding factor in where to put my time and effort for a successful career. It all circles back to their willingness to invest in me.”